I was walking down the street with my boys when we came upon a brickel bush(actually a tumble weed, but the boys call it a brickel bush, from a Dr. Suess book). I was going to take a picture of this brickel bush with the boys, when I noticed Finn wearing my LEAST favorite play shirt ever. This shirt is an unsightly blue and yellow striped collared shirt. Here are some additional reasons I don't like it:

I decided to take matters into my own hands. I took 2 of the worst offenders, and hid them in a bag on the washing machine, headed for the trash. 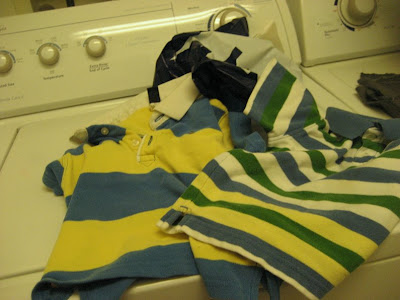 Then I started to feel a bit guilty. What if he asked for them? And how would I feel if someone threw away my favorite over-sized black fleece maternity shirt? My sister gave it to me years ago when I was pregnant with Finn and is going to be mortified when she reads that I still wear it, especially since I'm not pregnant. However, it's the first thing I grab when I'm cold and nothing else will do. I should retire it, because it looks so unflattering and frumpy on me. I usually can't wear fleece at all because it makes my fingers want to gag, but this fleece does not bother me at all. It's magic fleece.

Speaking of fleece, John has a pair of ugly black fleece pants he wears once in a while, only when it's really cold. I should throw out those pants too.

And since I'm telling you all the funny-looking things we wear, check out Calvin's "ketchup and mun-stard" pj's: 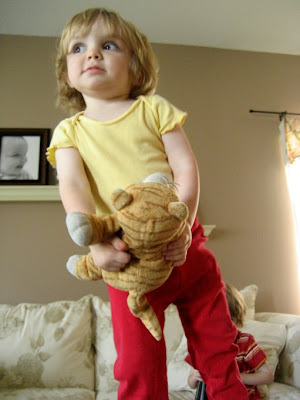 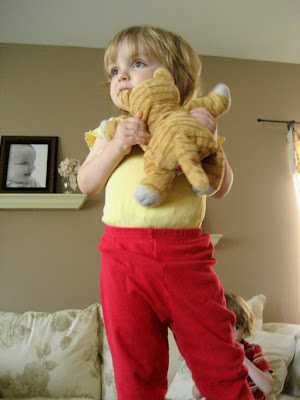 I am well aware that Calvin is too old to wear a onesie. However, we all get such a good laugh whenever he wears this.
And you should hear people gasp in horror when they see Ollie in this body suit. They cannot believe my baby would wear such a silly contraption. Honestly, he only sleeps in these things when it's cold. 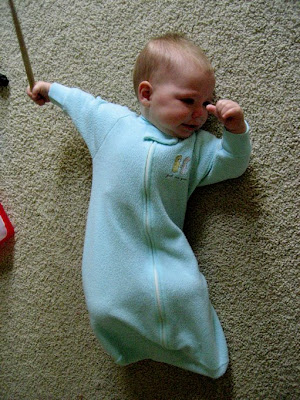 So, I decided to take a picture of Finn in his striped shirt with the Brickel bush after all. I'm trying to be a good blog reporter. 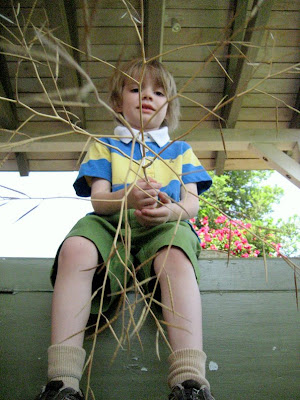 Here is a red collared play shirt that I actually don't mind, because the collar is smaller and has a snug fit. I have nothing against collared shirts, as long as they are small and don't overwhelm the frame. 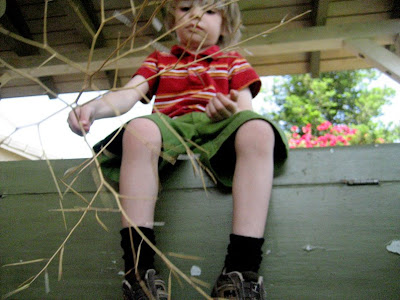 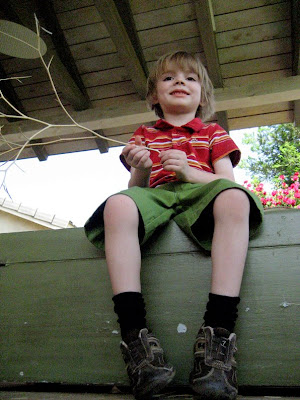 Notice Euro-Finn is wearing dark socks with loafers? John and I crack up when Finn wears these with shorts, because he looks European. I'm pretty sure Europeans don't wear white socks, though I could be wrong.
email me! i love you more than broccoli. bandofbrothers