If I said that the grand debut of the drum set has been easy, I'd be lying. It has been a huge adjustment. It started off as exciting as I'd hoped--Finn jumping for joy, wild with glee, in 7th heaven. As we opened each box, the chaos grew and things took a turn for the worse. Basically, Finn and Calvin were running completely amuck, causing John great difficulty in setting the drums up. To make things worse, John discovered we were missing some MAJOR pieces: a drumhead for the floor tom, both drumheads for the bass drum and the pedal for the bass drum. We called the company and they will be sending us those missing pieces. In the meanwhile, John pieced together the drum set as best as he could while we wait for the brown truck yet again. The drums are enormous, and totally not to scale with my wee little Finn boy. On the plus side, they are quite beautiful and we were able to temporarily squeeze them into a corner of the family room. I eventually want to sell the pool table and use the space for a funky music area.
The night before, we gave Calvin the electric guitar he had been saving for. Calvin loves it, and so do I, partly because the size is so to scale with him. 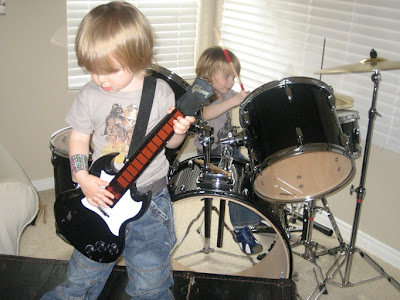 this corner can't be used for time-out anymore!

As Finn started drumming away, I started to panic that the neighbors were gonna call the cops on us...or that we would all go deaf, the pounding was SO LOUD. I sent John to Guitar Center for a "drum mute set", something I should have purchased beforehand. Instead, he came back with light drum sticks called roots, that were supposed to muffle the sound. NOT SO! So I'm cooking dinner and the noise is so loud, I can't even talk to John without using sign lanuage. I ended up hiding in my room, leaving behind a half-cooked dinner. When I emerged, John was taking the drums apart, threatening to put them in the attic, with Finn sobbing on the floor. That was the low point. We all calmed down and decided to give this drum thing another chance, with lots of rules...and we needed the mute set ASAP. John went back and got them, and I've been smiling ever since. 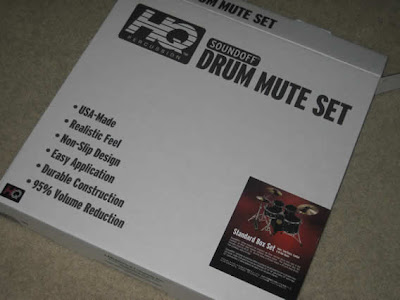 These things make me so happy. I think I said that a dozen times that night. Oh those poor mothers who must have suffered cruelly before this handy invention. They make all the difference in the world and are able to reduce ear-splitting pounding into mere pleasant thumping. 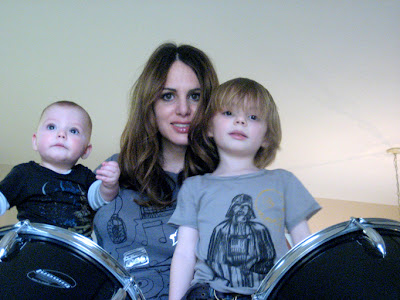 As happy as I am, we still have some issues to deal with. Mainly, the boys are fighting over the drums constantly. Calvin hops onto Finn's throne every chance he gets. They just get so bent out of shape. 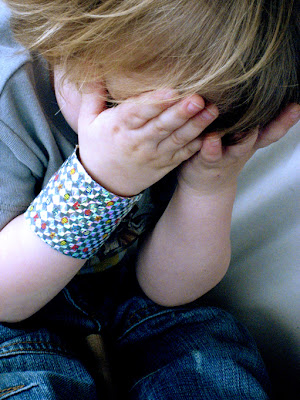 We are working on sharing better. 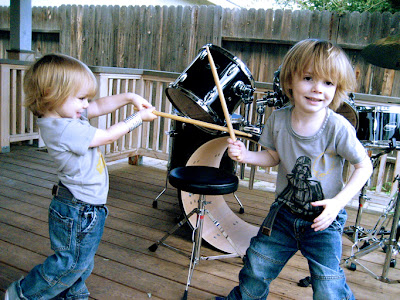 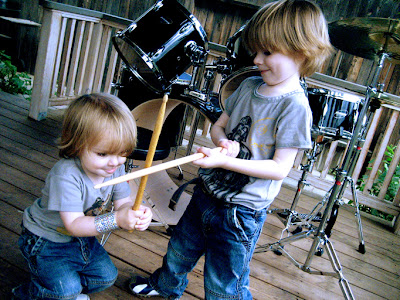 fighting for the throne with their drum-sabers.

But Calvin has been so funny, trying to put all their old drum stuff(cardboard cymbals, spatulas) onto the new set. I guess you can take the boy out of the ghetto, but you can't take the ghetto out of the boy:) 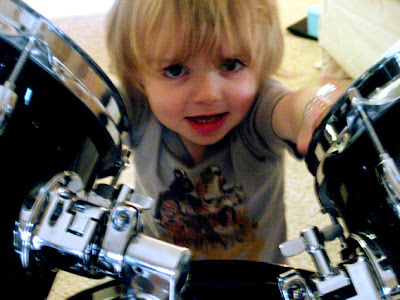 Finn wanted to watch the Tommy DVD, but the remote was set to mute and so no sound came out of our TV. Finn accused the "drum mutes" of making Tommy mute too. 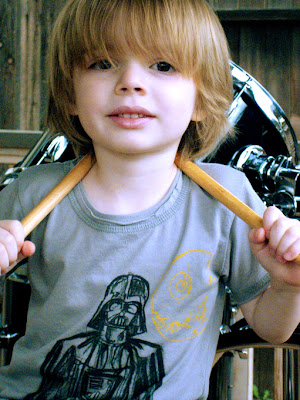 So, this is my new life. 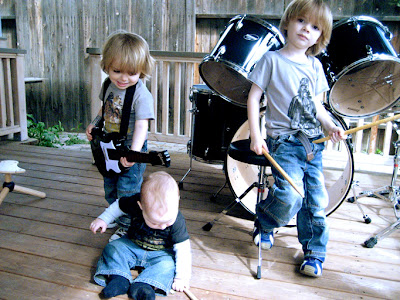 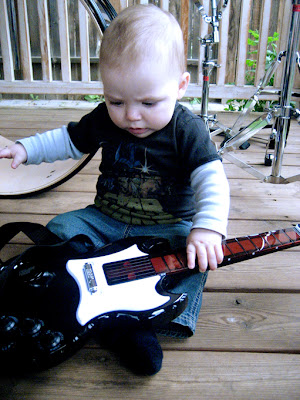 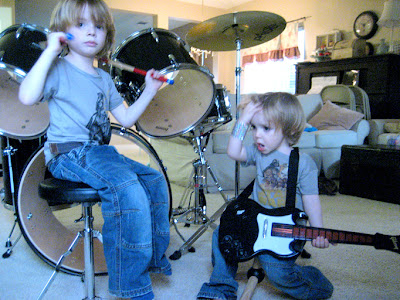 All in a days work!