when you don't get what you were expecting.

No matter where I am, no matter what group of girls I'm with, the same topic of conversation comes up time and time again:

The gender of our children.

Personally I'm starting to think our culture is a tad obsessed with gender.

But as long as the conversation is all in good fun, I don't see the harm.

It's fun to talk about. Mostly.

girl names vs boy names.
the clothes.
the hopes and dreams.

I've sat through countless conversations where someone laments that fact that they did not get the gender child they were expecting/wanting.

When I found out I was pregnant, the questions started immediately.

What gender do you want?
Are you going to find out what you are having?
What names do you like?

I decided I did not want to find out what I was having. You see, I LOVE surprises. But honestly? I really just assumed I was going to have a girl.

And I really, truly, deeply didn't care what gender I was having. I was just so excited to finally be pregnant and part of the parent club! (when you don't have kids, being a parent seems all the rage)

As a kid, I had always daydreamed about having a long-lost twin brother. The idea just fascinated me. Boys were such a mystery. And I suppose deep down, I secretly was fascinated by the idea of having my own boy child one day. I mean, even my 2 cabbage patch kids were boys: James Bennet and Lincoln Sheldon. Ha. But I shrugged off the thought of having a boy, knowing that OF COURSE I was having a girl. Because that's all I knew.

Her name was to be Elle(Pronounced like the letter "L", as in Elle McPhearson).
And his name, IF he ever transpired, was to be Finn.

For like 3 hours, I kept pushing until I thought I'd drop dead tired from exhaustion. I was shocked at how tiring this was. I had never worked so hard in my entire life. I was amazed at all who had gone before me, doing this.

The dr tried the vacuum...and it failed.

When she mentioned c-section, I was in too much agony to argue. In the OR they asked what gender I was having.

They ending up having to knock me out because I felt them cutting.

When I came to, I asked "Is my baby ok? Does it have a disease?" Jeepers Davi.

They said, "You have a healthy boy!"

A boy? I was elated. Later they handed me the most beautiful bundle I had ever laid eyes on. Never was there a mother so proud. I wanted to show him off to everyone. 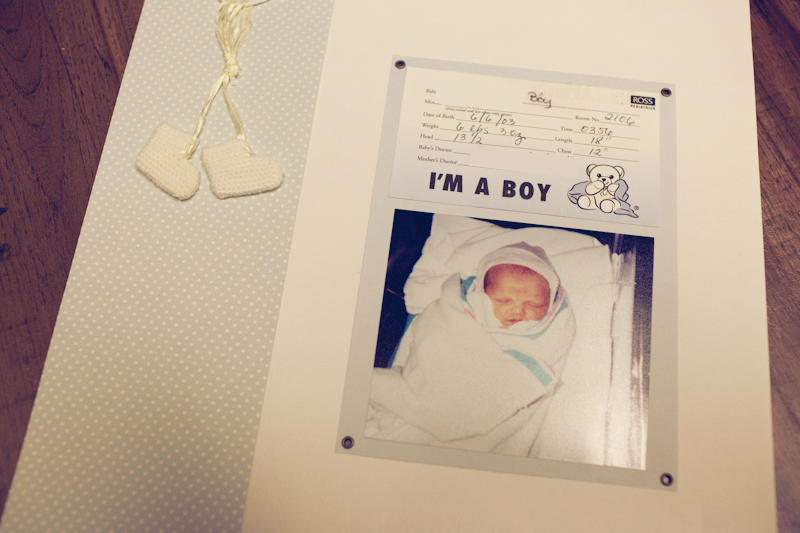 And I can't believe I ever did scrapbooking. I thought I liked doing it, because it was "the thing to do". But later on, I realized I hated scrapbooking. Too much work. 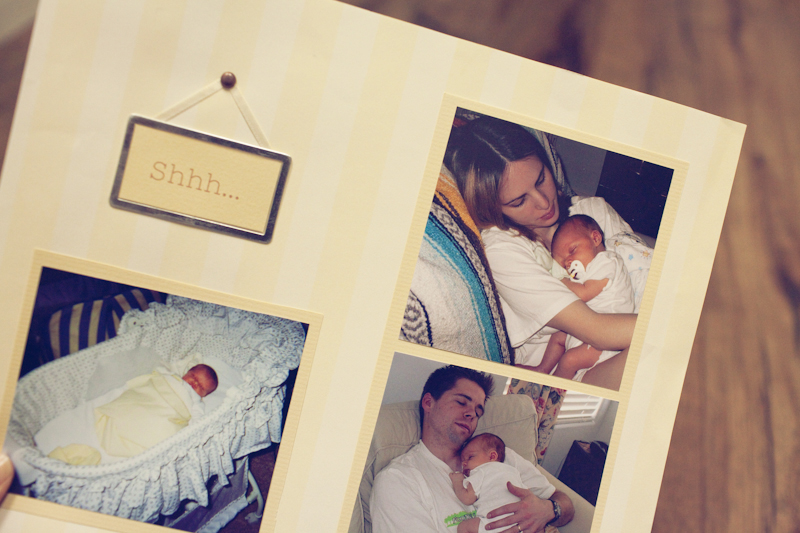 Fast forward. I was pregnant again.

My sister nagged me every.single.day to find out what I was having. Merciless I tell you! She hates surprises.

So we decided to find out.

During the ultrasound, the tech was unusually quiet.

It made me uneasy.

"Is something wrong?", I asked.

She said, "I'll explain everything at the end" in a strange tone of voice.

My heart sank. I knew something was wrong. I gripped John's hand.

After what seemed like forever, she said, "Your baby has a small cyst on his brain. It's a boy. But he looks otherwise fine. This isn't a death wish".

Golly. Isn't a death wish? What was that supposed to mean?

We were told that out baby "might" have a genetic problem or Down's. It was stressful waiting and not knowing what going on.

Over the next few weeks, John and I came to this conclusion: We prayed that we would be the best possible family for this wee baby.

I realized that babies weren't "accessories" to make us look or feel good. Duh, I know.

And that we shouldn't have babies to make us happy.

At my 30 week ultrasound with the "specialist", I was told that my baby boy's cyst had completely disappeared and that he was completely healthy.  The specialist then told me, "These cysts are very common and 98% of the time are completely harmless and disappear on their own".

It would have been nice if someone told me that sooner. But I learned a lot through this trial.

Due to the fact that I was too narrow to push out Finn, a mere 6 pounder, I ended up having another c-section...and delivered a healthy baby boy. The c-section was rough though. So rough, that when people asked me my baby's name, I just looked at them like "Are you kidding me? I have to name this child? Beat it!"

The next day, I decided to walk on the wild side and use the name that I had a gut-feeling about: Calvin Jack. (There were not many Calvins at the time).  We all fell in love with this squishy baby. Well, Finn disliked him at first. He suggested throwing "Coz-it" in the trash. Ha. 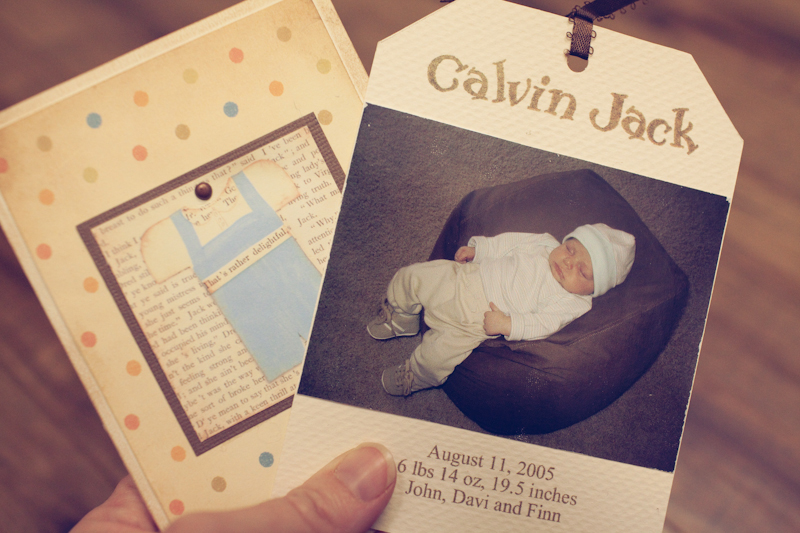 Seriously cracking up from his announcement. Times have changed a lot.

When Calvin was around 14 months old, I was pregnant for the 3rd time.

At 7 weeks along, I started spot bleeding. The ER doc tells me, "Your urine sample came back negative. You aren't pregnant...I'm so sorry. This sucks. We'll do a blood test and ultrasound to make sure".

But then I remembered my morning sickness. Surely I couldn't be imagining this whole thing up??!!

A novice tech butchered his way through an ultrasound. He had no idea what he was doing, and couldn't find a heart beat.

I was super bummed.