The Story of Ollie

One year ago today, around 6:00 in the morning, I awoke to the startling sensation of my water breaking.
"JOOOOHN!" I screamed in complete and utter panic. The baby was not due for 3 more weeks.
**********Rewind around 12 months**********
Right about the time of Calvin's 1st birthday, John started pestering me for another baby. And I would just stare at him like he had horns growing out of his head.
"Are you kidding me?" I would ask. I truly thought he was joking. Calvin was an insanely sweet but difficult child because he did not believe in the concept of sleep.
However, 2 months later, I completely changed my mind, overnight. When John put in his baby request again I casually said "sure, what the heck." And 2 weeks later that casual remark became "WHAT THE HECK!" as 2 faint red lines appeared on the 99 cent test from the Dollar Tree. It was the day after Halloween and when I told John the news he smiled and said "Oh good. Next year we will have 3 little pirates." 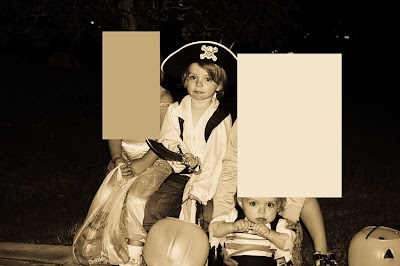 Could this censored picture be any more ghetto? And can you believe it's the only Halloween picture I have of them that year?

Later that night some of our dearest friends, Josh and Jessi, broke the news that in just 6 months, Josh would be accepting the position as head pastor in North Carolina. Though I knew this day would eventually come, my heart sank to my toes. How would I survive without them? Their son Davis was a constant companion to Finn and Calvin. 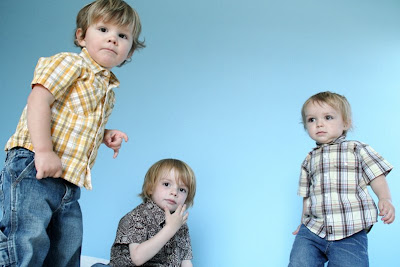 above photo by Ellie Grover 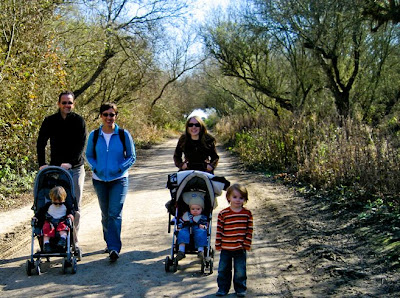 As hard as this was, deep down there was still a spark of joy every time I thought of the new baby that was to come.

And then the nausea hit hard. I was puking around the clock and nothing would help. During this time, I was frantically trying to tie up loose ends for my 1st ever participation in a holiday bazaar. I was in charge of the homemade cards and I was as excited as I could possibly be. 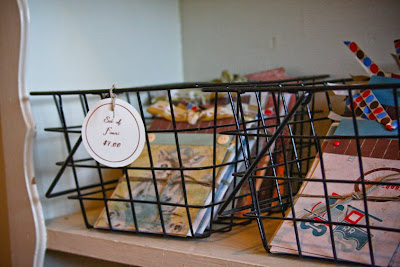 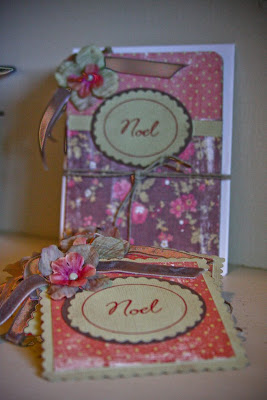 I worked with such vigour and vim you would think I was making $100/hour. In reality? I was probably making 5 cents/hour(Note to self:card-making = unlucrative business). None of this mattered though. I was having fun. When I got to the cute downtown house that was hosting our bizarre, one of the girls asked me to help her move a heavy chair. I fumbled for words. I had not told anyone I was pregnant yet. I lamely said "Um, I'll get John to help". And it's a good thing I did not lift that chair, because I would have blamed myself entirely for what happened later that night. ***to be continued soon***

This account of Ollie was intended to be written in one fell swoop, but I ran out of time and am very busy today. But, I wanted to sneak in at least something on the actual day of Ollie's birthday.

Also, HAPPY BIRTHDAY JESSICA! What a glorious day!
email me! i love you more than broccoli. bandofbrothers