John made Calvin some flippers the other day. 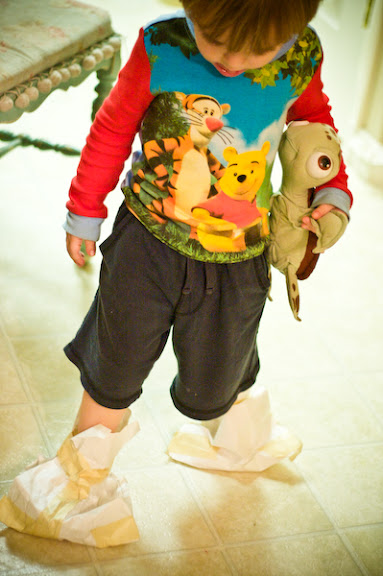 Because every sea turtle needs a good pair of flippers, ya know. 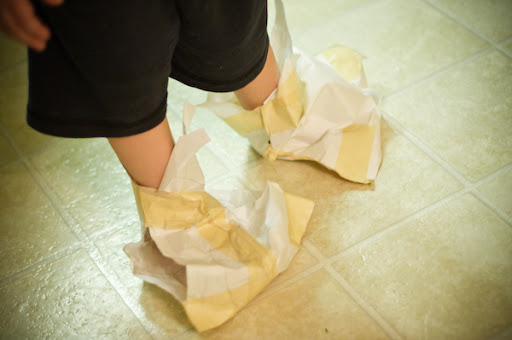 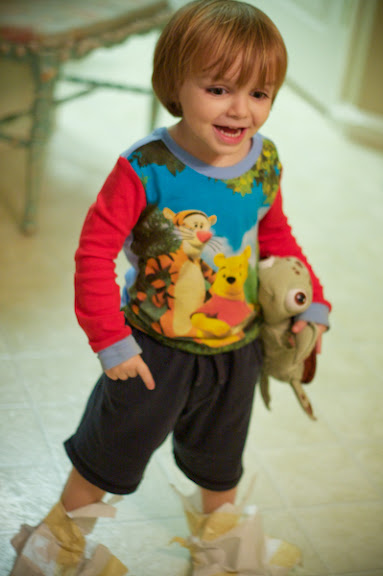 That, and we are very fond of the silly over here!
Some of you asked for an update on the decorating. All I have to say for that is oi. Give me time. My sinuses are still protesting. After 3 sinus rinses, I feel as though I've been dragged across the Pacific Ocean.
First of all, grey is a trixy, sneaxy color to paint on one's walls. We settled for granite grey and John painted the whole great room and kitchen. I watched from the safety of my couch.
In some parts of the house, it looks good.
In other parts...hm. Is that a hint of blue or purple I see trying to break through the grey?
Then today, John tried another grey. At first John seemed to like it a lot better. Now he says it's drab. I would ask for your opinions, but since every computer moniter is different, that would not work.
And then there was the bus incident. A bright yellow bus parked itself in my kitchen for a few days. 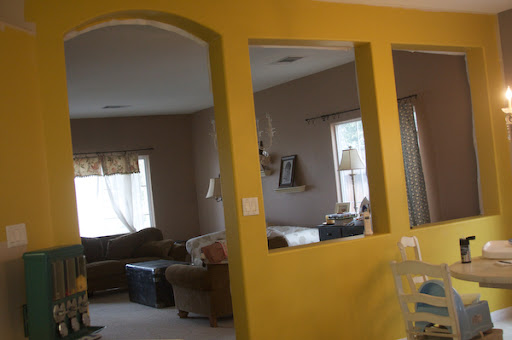 Between the arch and my cutout squares, it really did look like a bus. Honest.
It had to go.
And you don't even want to know what happened with the blue fabric for the curtains--you can kind of see it peeking through the right square. Mainly, the scale is too small. From a distance it looks pale blue with stars. Thankfully it was dirt cheap and was not a huge loss. When I am feeling better, I will show you what I ended up using instead.
Everything is turning out different than I thought. Everything is harder, especially when I am too sick to do anything about it. But, one thing I can say. Despite all of these hang-ups, I am LOVING the new direction. It's just going to take a little time to hammer out all the kinks.
email me! i love you more than broccoli. bandofbrothers