It's been hair cutting week at our household. Everyone got their 'hairs did'.

I am the official hair cutter for John and the boys. It's a stressful job. The boys wiggle and I get all crankypants on them. But it saves so much money, that I feel like it's worth the hassle.

Because seriously. Boys need their hair cut every 4-6 weeks. That's like around $70-$75 dollars of savings right there.

I don't really know what I'm doing half the time. Sometimes my hair cuts come out good, other times...notsomuch.

I kind of like Ollie's hair in a longer messy faux hawk. But the back was starting to get wildly poofy. So I had to take action. 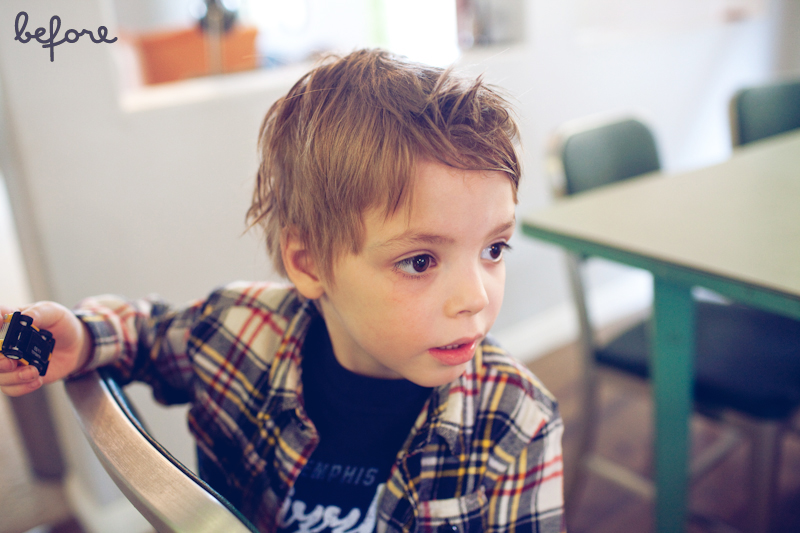 I'm totally legit with my little smock, scissor and clippers. 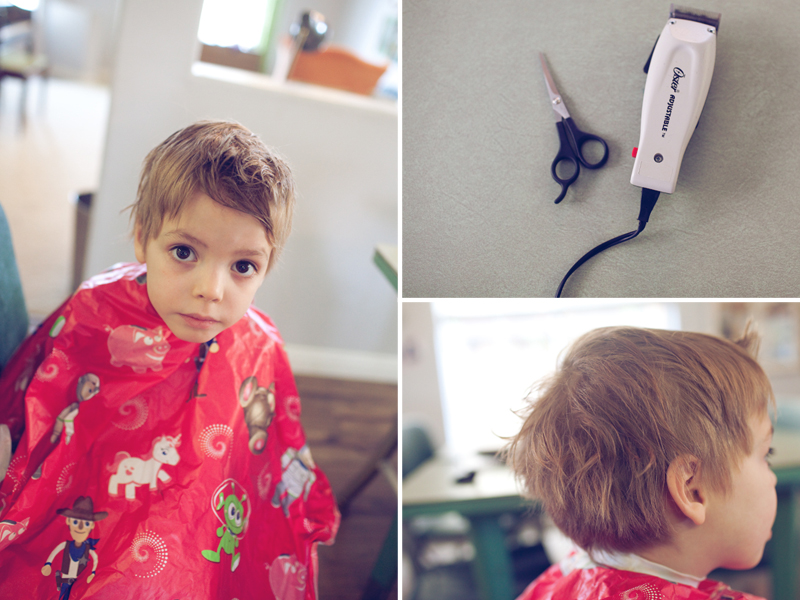 I did not end up using the clippers on Ollie. I only used the scissors on him this time.

It came out a little shorter than anticipated. It never comes out the same twice. But that is what you get when I am the barber. 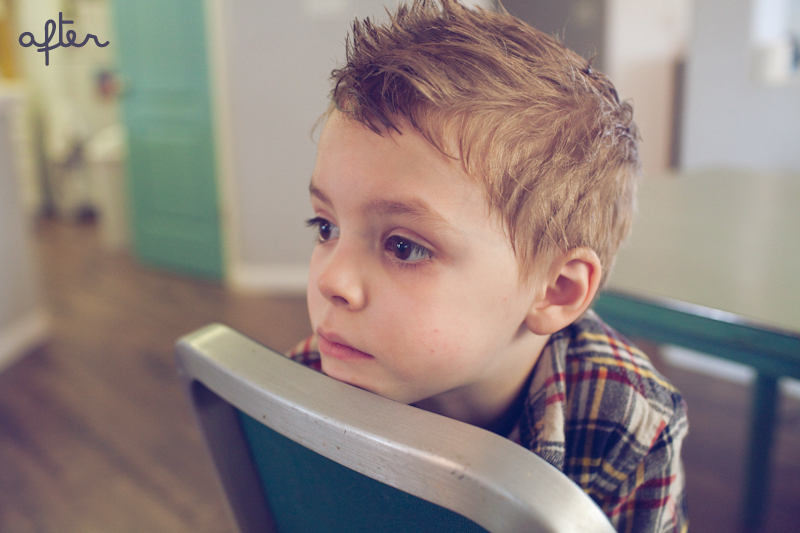 This week, I was trying a new hair technique on John, per his instructions. He said, "Run your fingers through the top of my hair and snip up against your fingers so it's all the same length."


Sounded simple enough. And at first it was simple.

Until I felt a "SNIP" right through my hand. I shrieked loudly.

I looked down and saw that I had snipped a v-shaped cut into my skin. I knew instantly it was going to be a bleeder. "Ok John, your hair cut is now over!", I said as I rushed inside to deal with my war wound.

Poor guy sat out there befuddled. "Were you even finished?" he wondered.

"Um...I am now" I replied. Because that's what you get when I am the barber.

I even got my hair done this week too! I am not even going to pretend that I know what's in style right now.

Vogue and New York Times said that this famous model has the hottest new cut of the year. 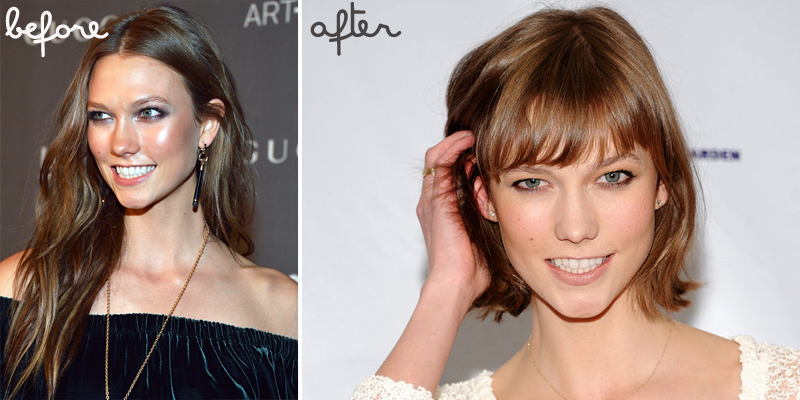 I personally think she looks better with it long. But what do I know? I am scissor shy with my hair and never do anything too adventurous. I always had a short bowl hair cut as a kid. So.

Although you cannot even tell from this pic, I did get 1 inch cut off and it feels soooo much better. 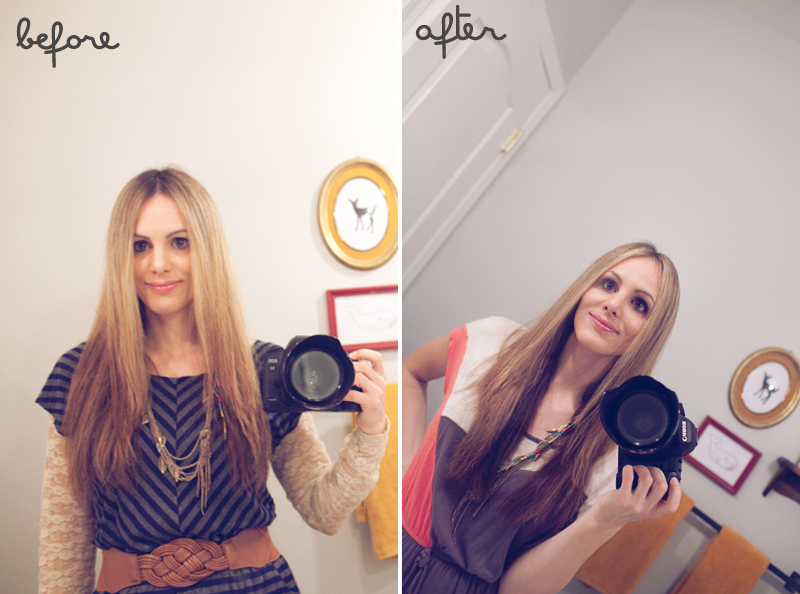 I also get highlights put in.

You could not really tell from the above picture, but my roots were getting bad. See? 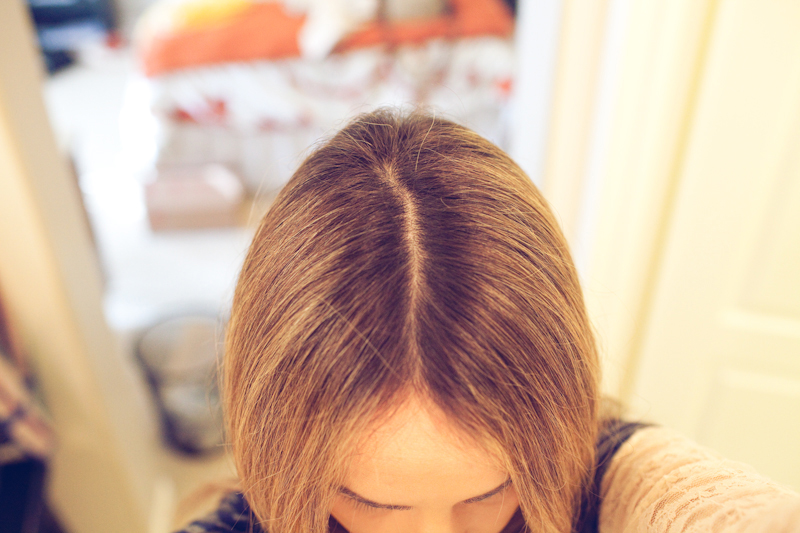 I get my hair done every 11 weeks. How often do you get your hair done?

I wash my hair every 2-4 days. Generally, I curl my hair the same day I wash it, as seen here. 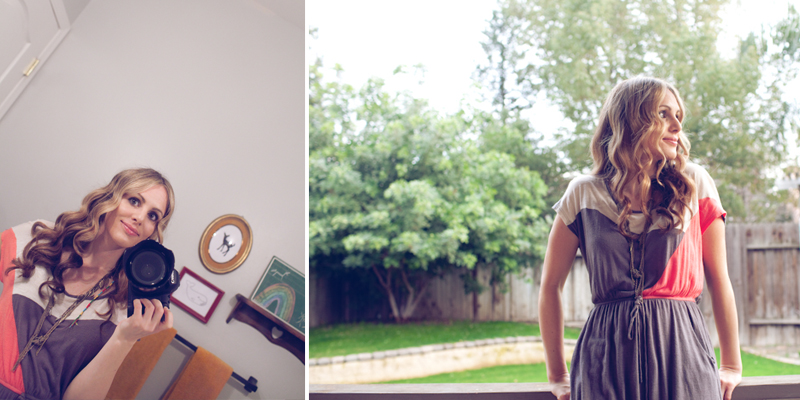 As the days go by, my curls get looser. Which I actually prefer...at least most of the time. I use a hot stick. I got the biggest barrel I could find at the time, but I wish it were even bigger, so that my curls would be looser.

And I don't think you have met my padawan tail yet, have you? Well it's high time you guys were introduced.

My niece Hannah wove this embroidery thread through my hair last summer. 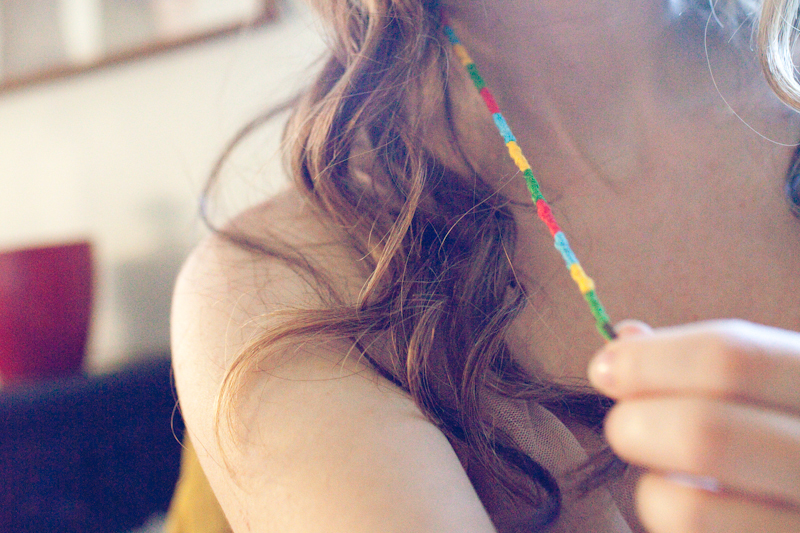 John and I affectionately call it my "padawan tail" because it reminds us of the tails that Anakin and Obi Wan had when they were young "padawans"...in training to be jedis: 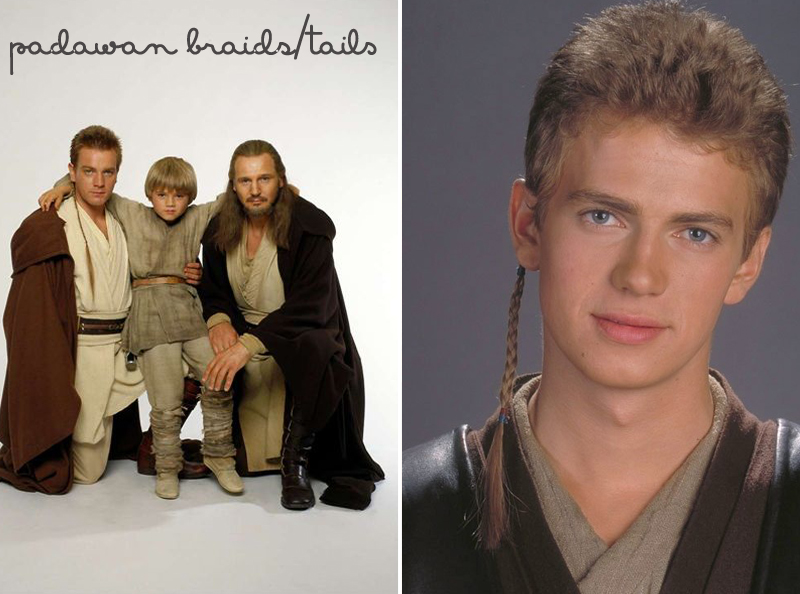 I just found out today that they are actually called padawan braids.

And each time I go to the hair salon, I am in wild suspense over whether or not my hair dresser will cut my tail off. But it's still here. 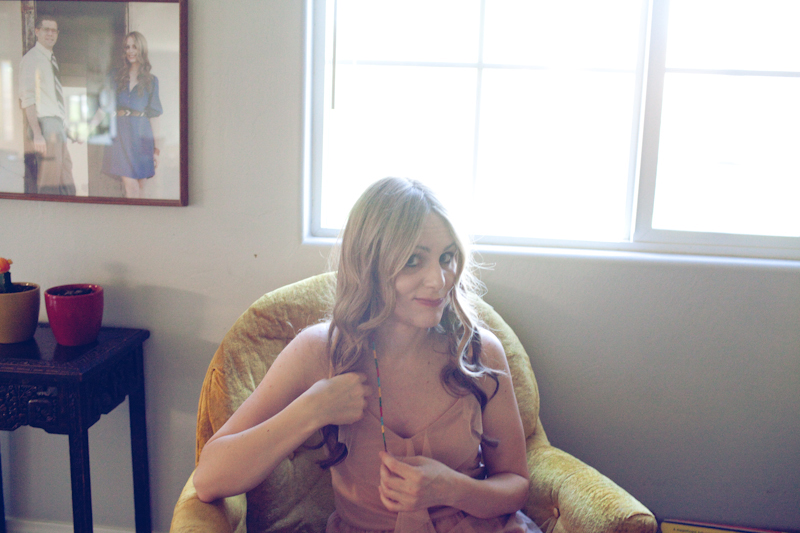 The plan is to cut it off when it grows longer than my hair. Or when I can tolerate it no further. It will leave a clump of short hair when cut off.

Welp, that's about as wild as I get when it comes to my hair. When I was a kid, I really wanted red hair and would campaign with little signs all over the house. But mom said no.

What is the wildest thing you have ever done to your hair?
email me! i love you more than broccoli. bandofbrothers