We have not taken the boys to Disneyland yet. I can't wait to take them one day. In the meantime, this will just have to suffice. 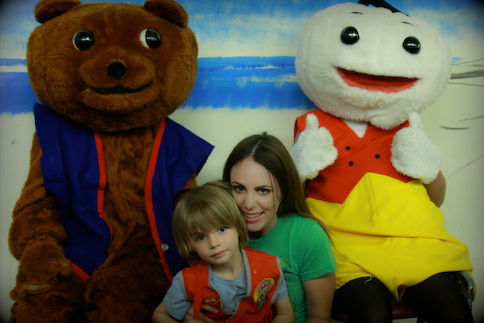 When I told the boys that Cubby and Sparky would be at AWANA, Finn started talking about how Sparky was going to fly all over the room. I did not want to burst his bubble, but I did try warn him. When we got home, I asked Finn, "Sooo, what did you think of Cubby and Sparky?"
Finn said happily,  "I thought they were silly. I think Sparky was just a person in a costume, because REAL Sparkies fly."
I did try to warn him.
All in all, parents' night was a lot of fun. Here is friend Dylan with his lovely mama Christina. 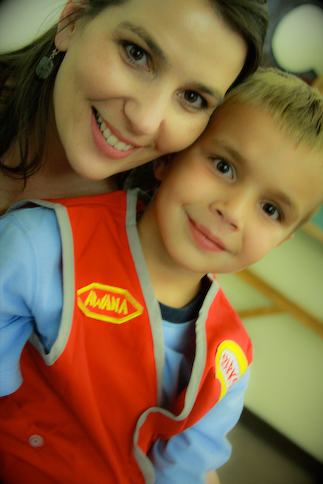 Finn had been quite the stickler with me all week while we practiced our verses. When I would pause to think for 1 microsecond, he was ALL over me:
"What mommy? Why are you stopping? Don't you remember your verses? Or did you just stop because you had food in your mouth?", he interrogated.
Thankfully, when we got there, I as able to say my verses without putting Finn, and the whole family, to shame. 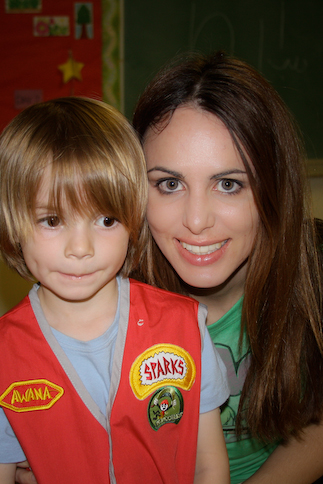 And he was even more concerned about Calvin. That day, while Calvin was practicing his verse, he kept saying "...Give Him the name OF Jesus...", instead of just "...Give Him the name Jesus..."
Finn and I both tried to correct Calvin, but the poor thing just shut down and refused to say his verse anymore. Calvin kept saying "I don't know..."
I reassured Calvin that he was saying it just fine.
Finn, on the other had, had no mercy. On the way to drop Calvin off at Cubbies, Finn told John, "We can't let Calvin go in there and say "...Give Him the name OF Jesus..."
I definitely have my work cut out for me. I will have to think of how to get Finn over these hang-ups.
Finn is already coaching Ollie and taking him under his wing. He figures that although it may be too late to save Calvin, he still had a fighting chance with Ollie.
Here is the cubby vest he made for Ollie, complete with Hopper patch. 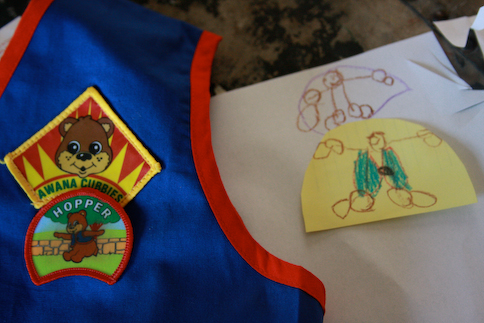 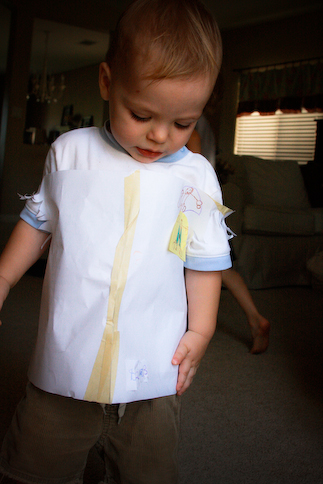 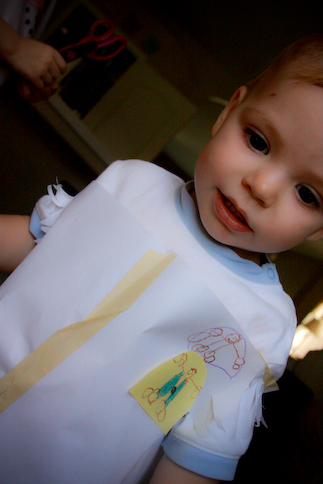 Finn also made him a hand bag. 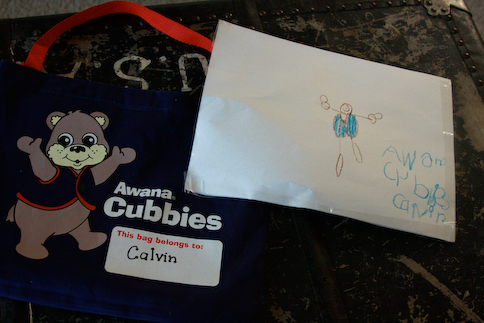 I hope Ollie doesn't crack under all this pressure! 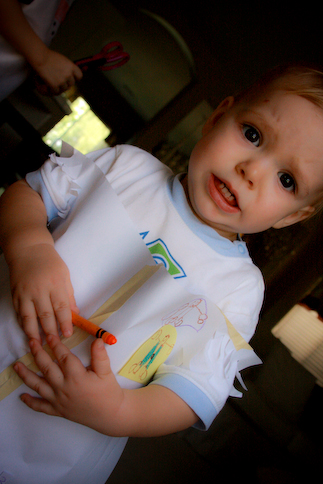