Finn fixates on page 102 of his Sparky book. 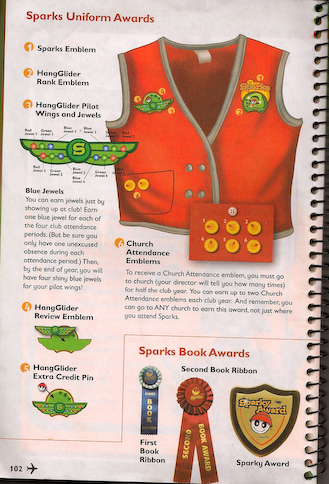 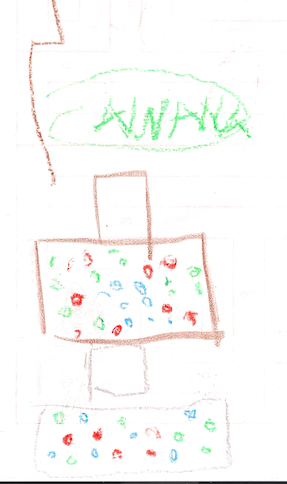 Finn explained, "You draw a rectangle and then a thing on top. There are tan wings and gray wings and they have lots of jewels".
And the light bulb finally went off in my head. I now understood "the other wings" he was referring too.
I said, "Oh, Finn, you mean the bronze and silver CROWNS that the older sparkies have." ( I guess they changed things and now have wings instead of crowns, but the older kids still have crowns).
I couldn't believe it. All this time Finn had been scoping out the other kid's vests. I was much too oblivious at age 5 to notice such things. 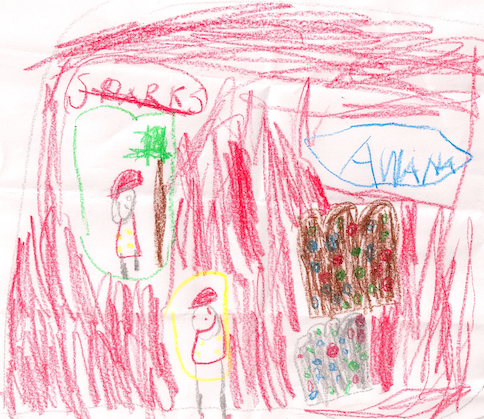