1. I wore my new bear paws every day this week. 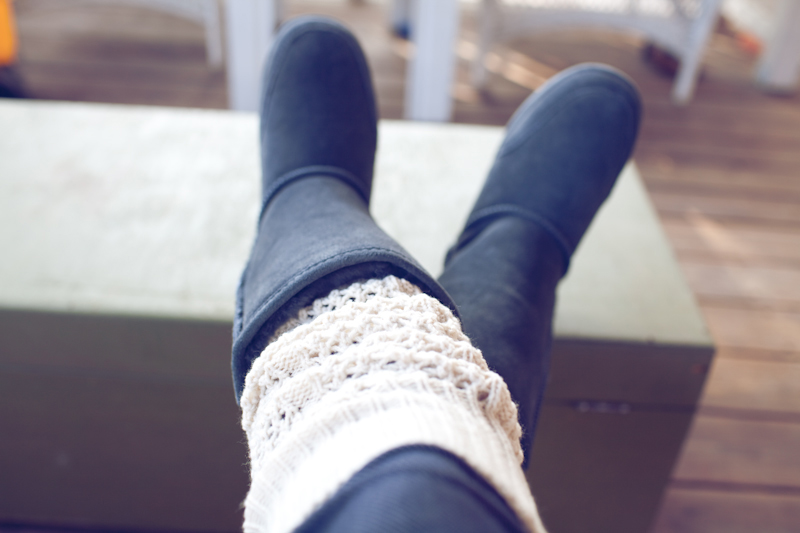 My older sister told me they were on sale at Famous Footwear. 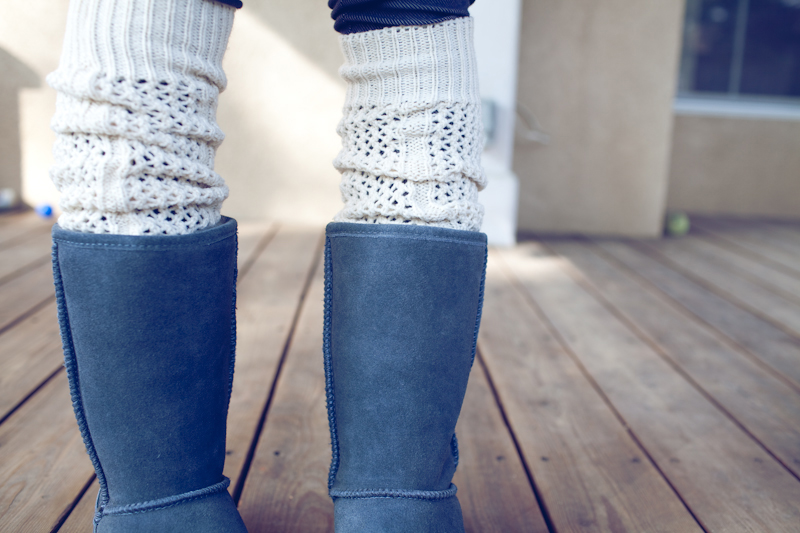 Katygirl thought I said bear claws and was envisioning these. 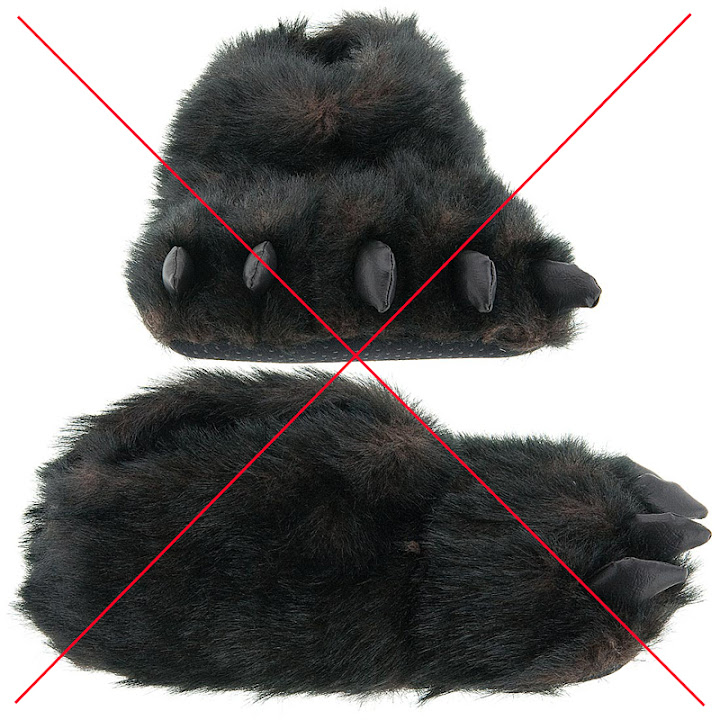 While these are...um...delightful kg...I will not be wearing them. Ever. 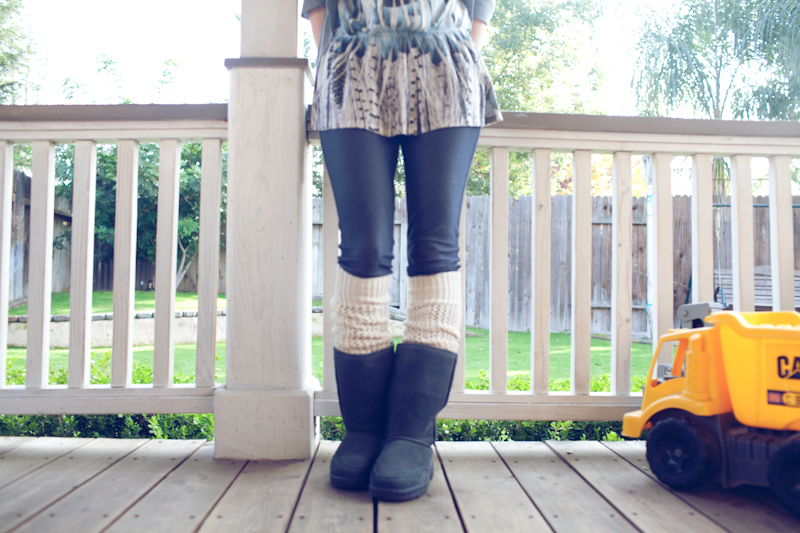 And FYI, leg warmers really do keep your legs warm. Target $7.
*****One word of warning. Sometimes I might trip wearing them(fake uggs. not leg warmers, ha). I was wearing my old $14 fake walmart uggs last week(before buying my new bear paws) and I fell flat on my face in front of my favorite antique store, while carrying Twain. A young worker was outside cleaning windows and he came rushing up to me...very concerned that I was hurt.
Of course, I was mortified at his deep concern over my clumsiness.
Twain was not hurt(praises)...my thigh muscle was slightly strained. But me and my boots are fine.
All this drama to buy a crate full of earwigs and a record player that smokes. Yay me! 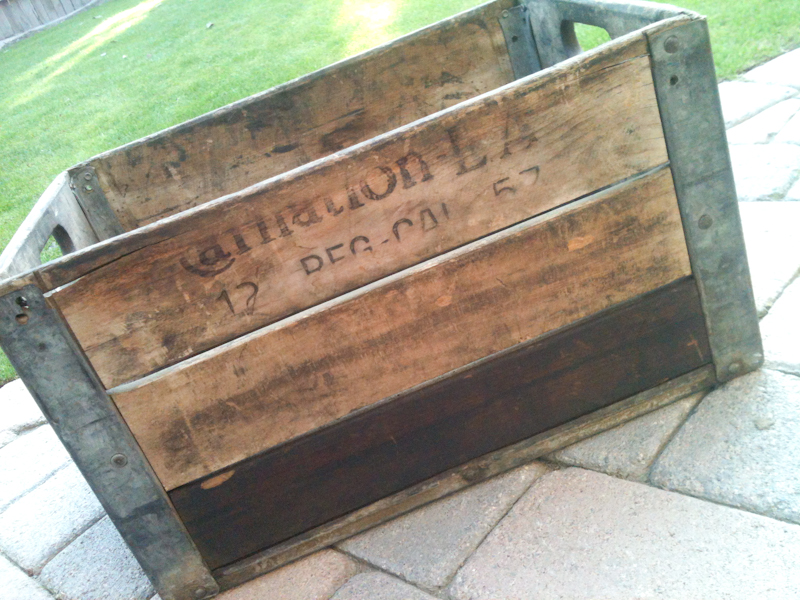 Did not know the crate had earwigs til I got home.
Yes, I saved a specimen for your viewing enjoyment. And to show John. To make sure they were not roaches or anything. 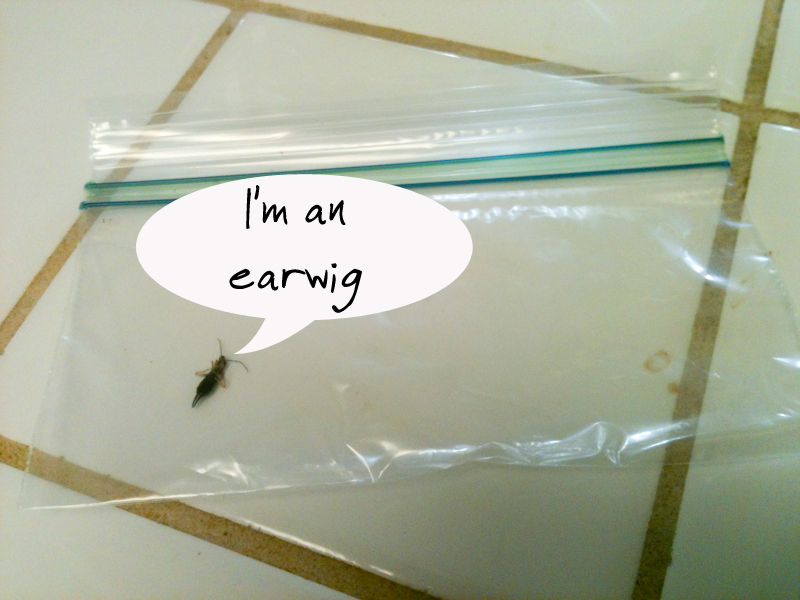 John said it was an earwig. RIP dear earwig. He looks so defeated.
And I did not know my lil' record player smoked til I plugged it in at home. Rude. 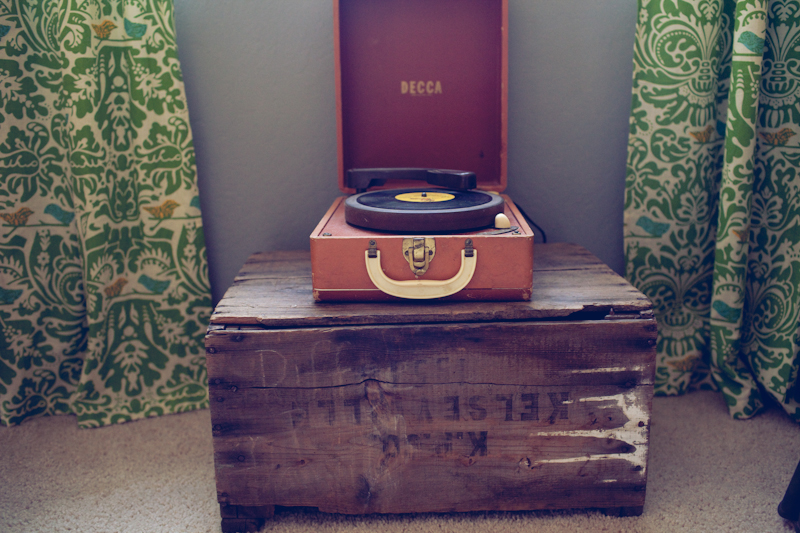 You should have seen Ollie running in terror from the smoke. 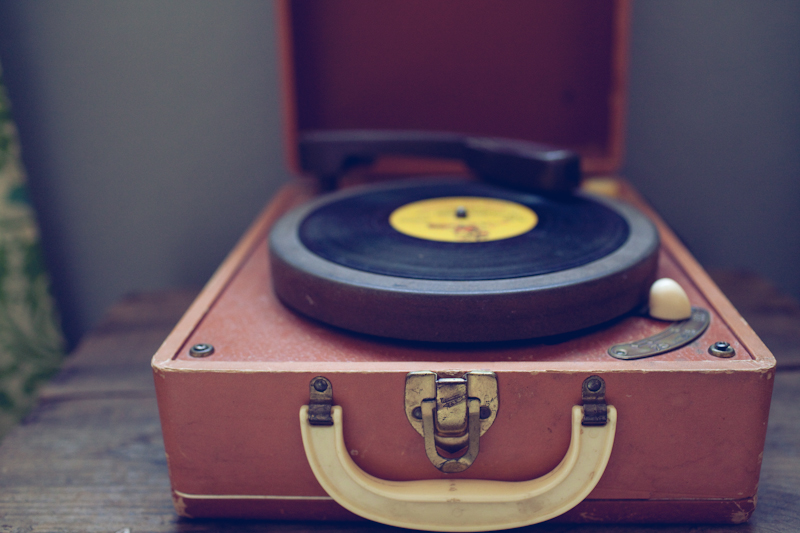 But for $18 it's too cute to return. And Santa will bring me one that works. He told me so. 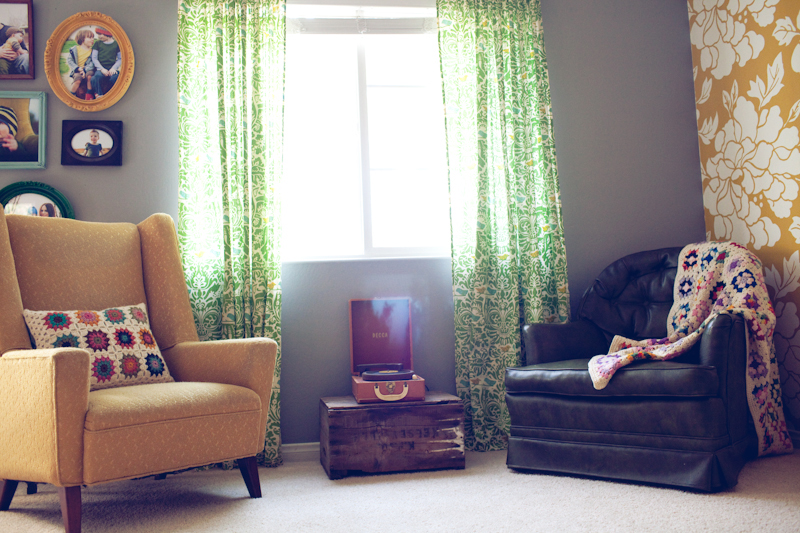 2. This jar of dark chocolate m&m's is disappearing more quickly than anticipated. 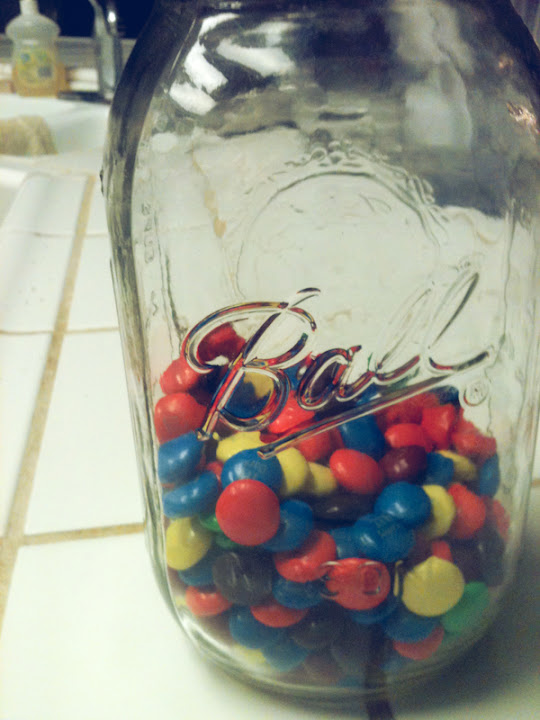 a. Twain gets one for going on the big potty rather than the little potty(YAY!).
b. Ollie gets one for wiping his own tush(double YAY!).
c. Mommy gets one for a. and b. Because I still have to supervise.
d. Finn and Calvin get one for saying AWANA verses. I know it's bribery and it's pathetic, but it works. They were getting wildy unmotivated and now they beg to do their verses.
3. We try to go outdoors at least once a day for some vitamin D. It works wonders on our mood(s). Even though it's really chilly this winter, there is just something oppressive about staying indoors all day. 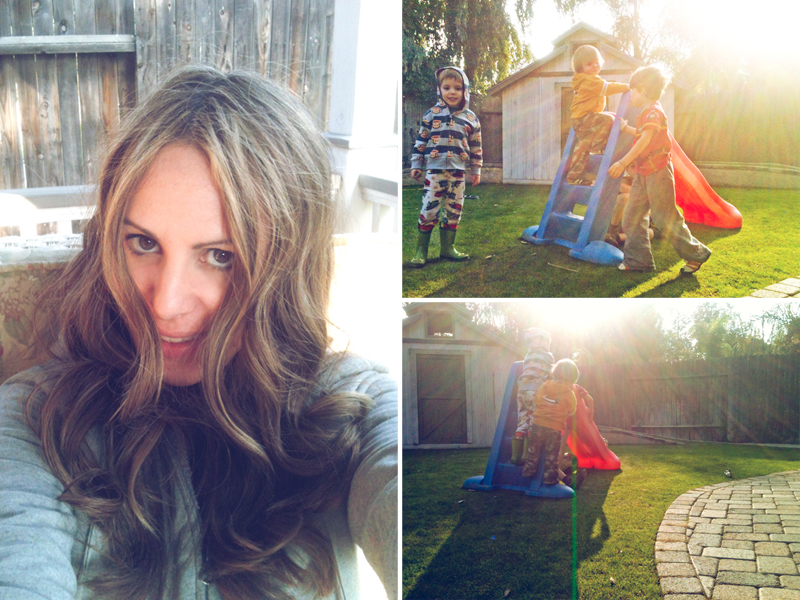 And yes, Ollie dresses like that almost every day. It's a problem.
4. At MOPS this week, one of the girls shared about how for Christmas this year, she is trying to get her kids excited about giving Jesus a present. "What should we give Jesus this year?" She asked them, with enthusiasm. Since Jesus loves it when we care for others, their gift to Jesus involves doing something little each day for someone. Yesterday it involved chasing down the trash man, with her kids following behind in excitement, and giving him a special treat. She said, "You should have seen the look on his face...he was like 'A treat? For me?' "
I think maybe ALL of our trash men should get a treat this Christmas. Do it:)
5. My amazing neighbor Patty invited us to go Christmas caroling with her last night. She even made the yummiest treats to hand out to our neighbors. 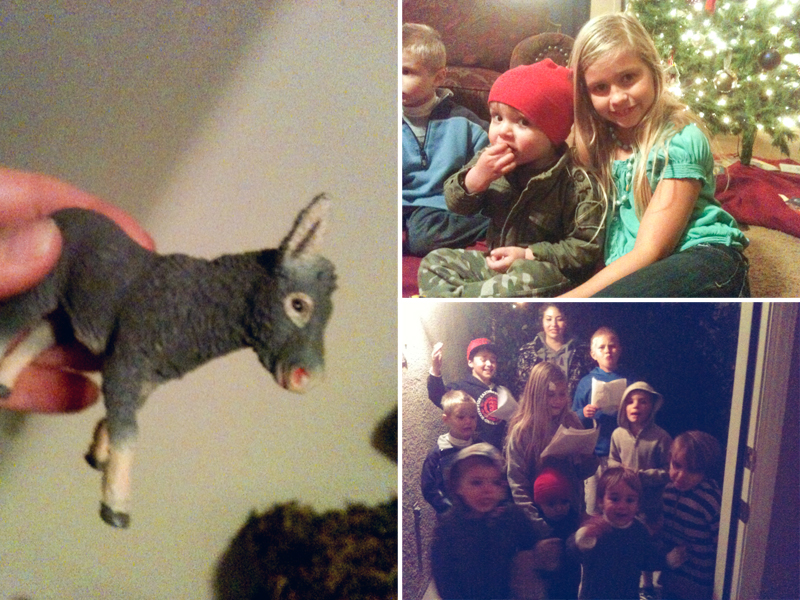 I was a little apprehensive and skeptical at first because I sing like a crow(especially during Silent Night), but it was wonderful and everyone was so receptive. I almost cried when we sang to the older lady down the street because she looked so happy.
Oh and I included a picture of a donkey because Twain thought it was a bunny rabbit at Mrs. Patty's house. Ha.
6. Someone sneaksy dropped a special Rapunzel bank on my doorstep, much to my delight! 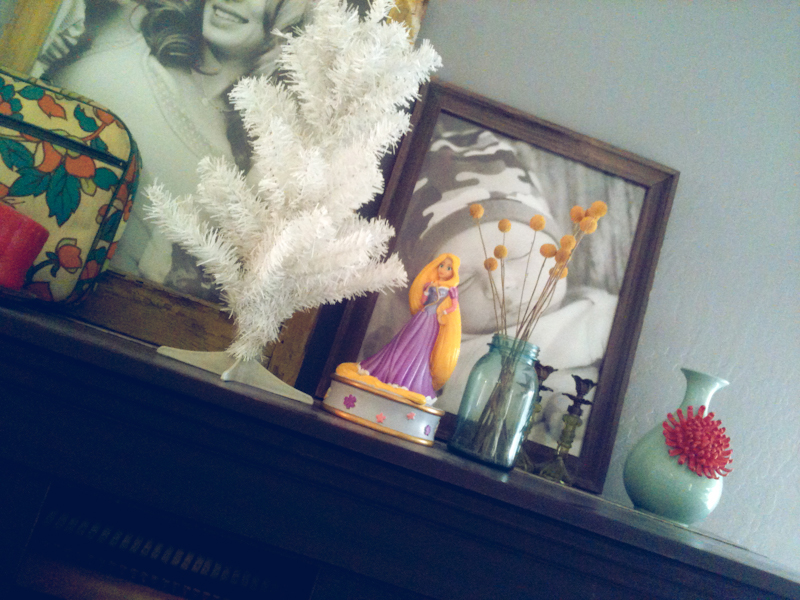 Thanks again Loo!
7. I have been listening to Mark Driscoll sermons lately. He's swell. I try to blog and listen at the same time, but invariably end up listening to his sermons instead. 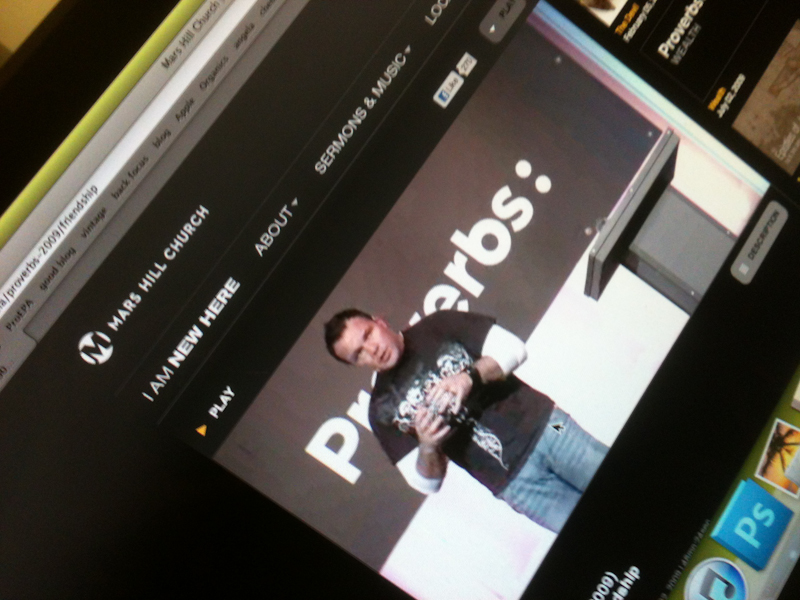 p.s. me and my iPhone are are pretty tight, so there might be lots more blurry pics here from now on, k?
p.s.s. i realize that my number 1 was riDONKulously long.
p.s.p.s. i just learned that it's actually p.p.s. not p.s.s. and then it's p.s.p.s. whew.
email me! i love you more than broccoli. bandofbrothers