Neighbor Jordan came over to practice his piano lessons. I was so inspired that I almost busted out my old piano books. 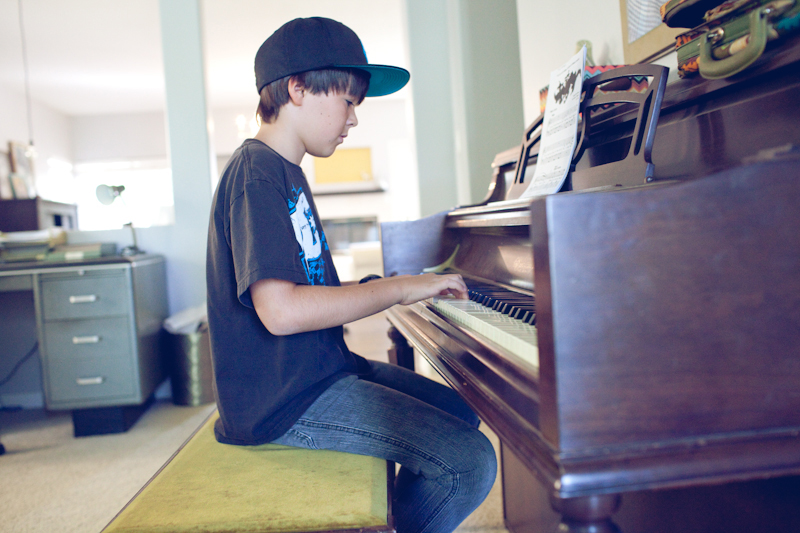 I took lessons as a kid. But in the words of Elizabeth Bennett: 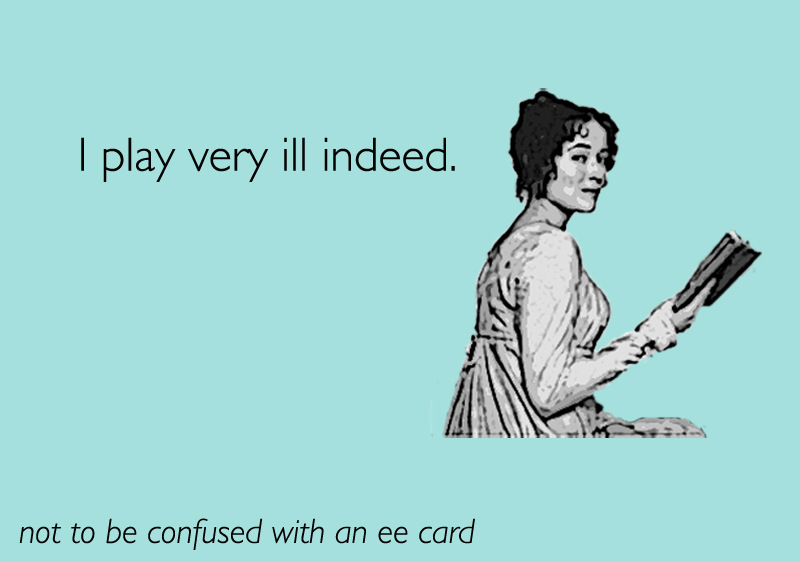 And then Libby was over a few days later and started practicing one of my favorite minuets on our piano. And I felt so nostalgic.

I'm determined to start practicing this month: a minuet and some Christmas songs. And I was also thinking of buying sheet music for the Music Box. It's my favorite song on the piano. I always BEG John to play it for me.

Today, by some sheer luck, I actually found the sheet music for the Music Box in our piano bench, of all places! I mean, who put it there...with all the other sheet music... 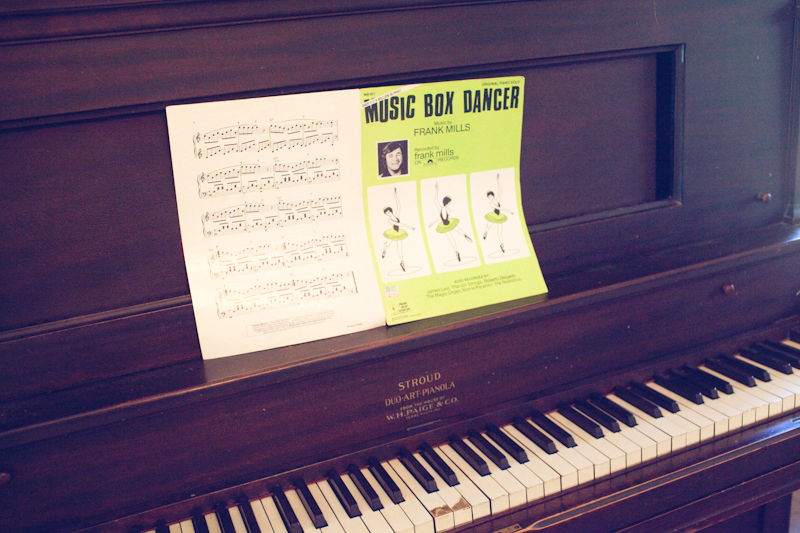 So I started pecking away at the keys. The trills are, by far, my favorite part of this song. Aren't they cute? 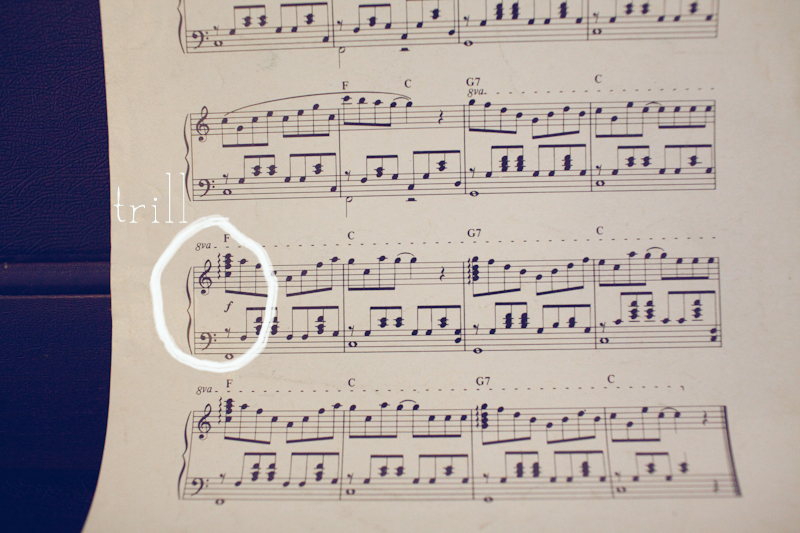 However. I'm playing the song at a snails pace, so it's barely recognizable.

It reminds me of the time I was in the hand bell choir, in college. We were doing a recital in front of chapel, playing the famous song called Trepak, from Tchaikovsky's Nutcracker. Believe, me, if you heard it, you would immediately recognize it. Go listen.

So there we stood, poised for action, in our black outfits and little white handbell gloves.

The percussion band ahead of us was coincidentally going to play the SAME song. And when they started playing, we were like "noooooooooooooo!" You see, they were playing it fast(well, proper speed) and so it sounded just like the famous Trepak. But when we played it on hand bells, it was in such slow motion that you had no idea it was even the same song. And we had no clue until we heard it performed correctly.  I think my face it still red just thinking about that day.

Well, I'm not gonna let that happen again. I'm gonna practice Music Box till I can do it fast. And then I shall perform a recital, ha.

As a kid, I wasn't very good at recitals. I curtsied once and flashed my underwear. 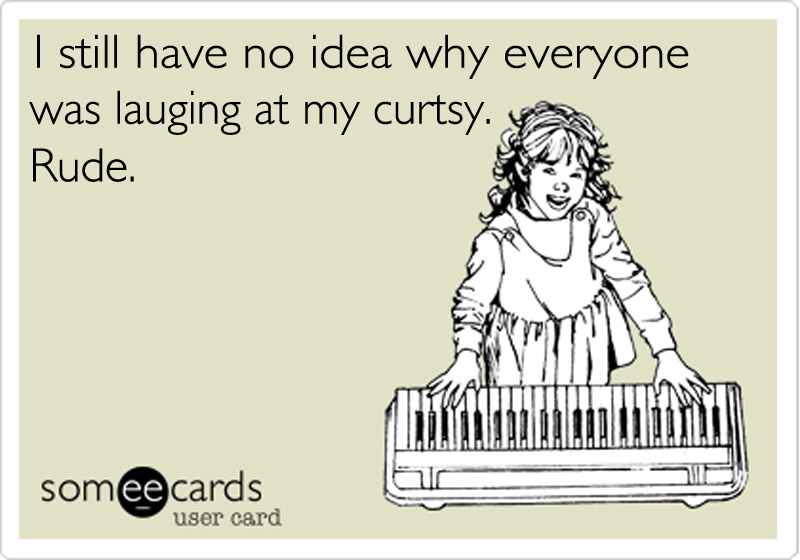 Another time I forgot my song and just kind of slammed my hands down on the piano and sat down. Mom. Did I really do that? I think I've blocked it from my memory.

Anyhow. I am very excited to practice again. Use it or loose it.

And I used to play the recorder too! I think I could play 'Happy Birthday' and 'God Rest Ye Merry Gentlemen'. I lost my recorder a while back and I fear it will talk me years to re-learn my two songs. 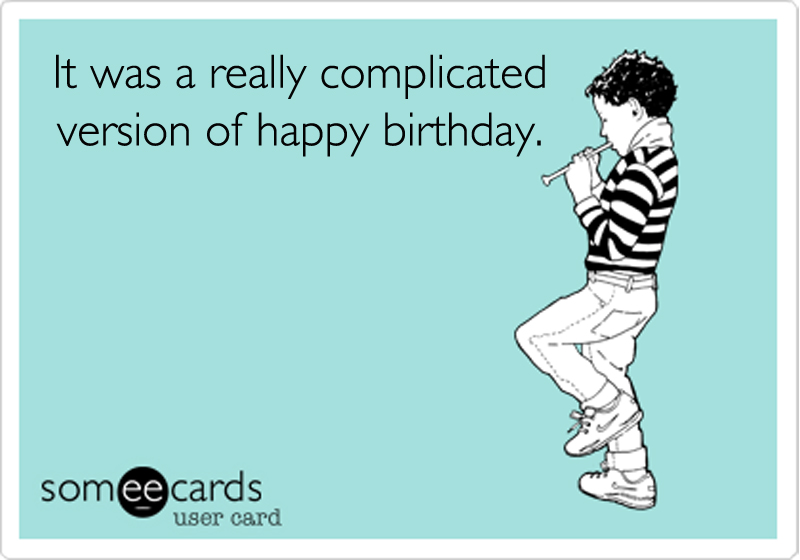 And yes, I did design my very own ee cards this post, thankyouverymuch. Hey. It's harder than it looks. So no mocking.

Did you even know you could make your own? Because you can.

Ok, now get back to that instrument that you've ignored that past few years! Or waste invest your time making ee cards.
email me! i love you more than broccoli. bandofbrothers