I rarely get the time to sew anymore. Can you believe it? I used to sew all the time. I guess the reality of having 4 boys has finally hit and I've realized I just can't do it all.

So when I do get the chance to sew, it's definitely cause for documentation;) 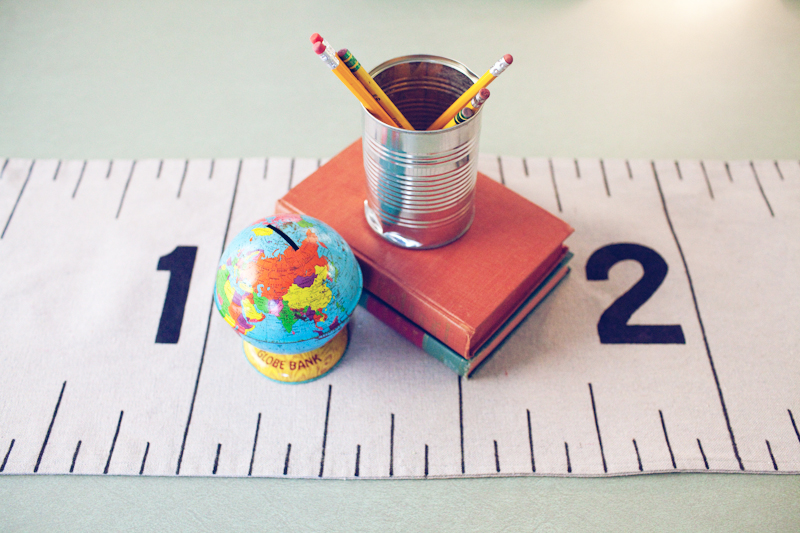 My dearie Alisha gave me the idea use this tutorial to make a ruler table runner for Ms. Loo's 30th bday. Because Lorie likes school stuff. 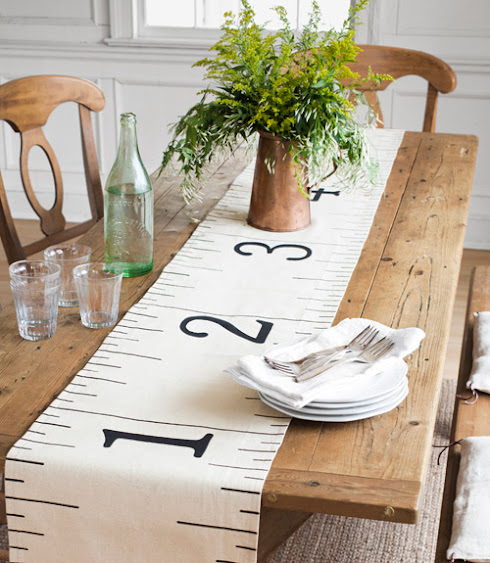 I've seen this ruler runner tutorial show up on other blogs, so I don't claim to be original here at all.

I thought this runner would only take a day or 2 to make...but boy was I wrong. It's harder than it looks. Very tedious. So I thought I'd give you some tips to save you some time making one yourself.

1. The tutorial uses a drop cloth from home depot and instructs you to cut a strip and hem the ends under. Um. That would have been disastrous because apparently this drop cloth frays like a madman and you will have strings hanging out everywhere. 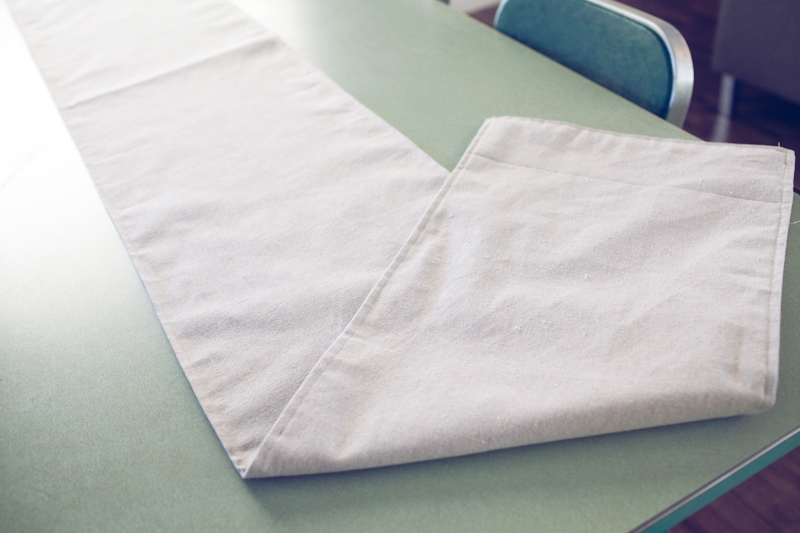 2. The next part involves marking the lines with a fabric marker. Initially I wasted a lot of time and money on the wrong markers. Save yourself the hassle and buy this one at the front counter at Joann's. 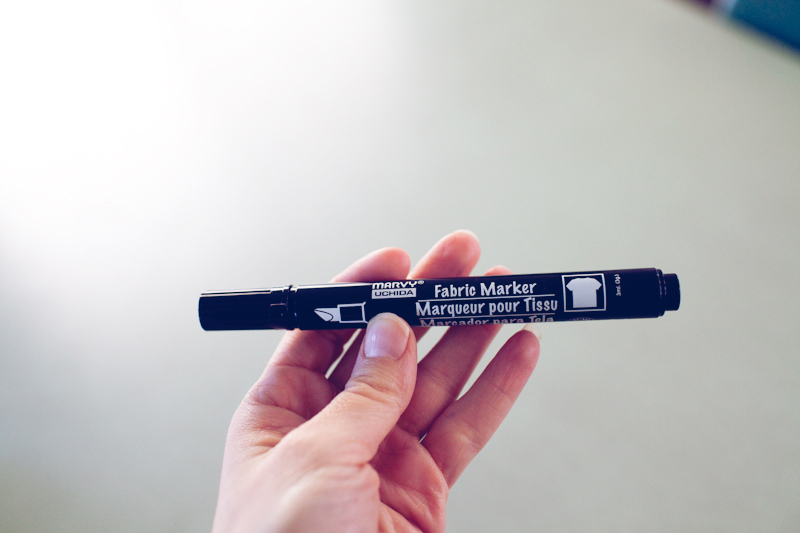 It was perfection. And the ink didn't run out. It kept going and going...I love it so much I cannot even tell you.

Now you are ready to get your ruler out and makes some lines. 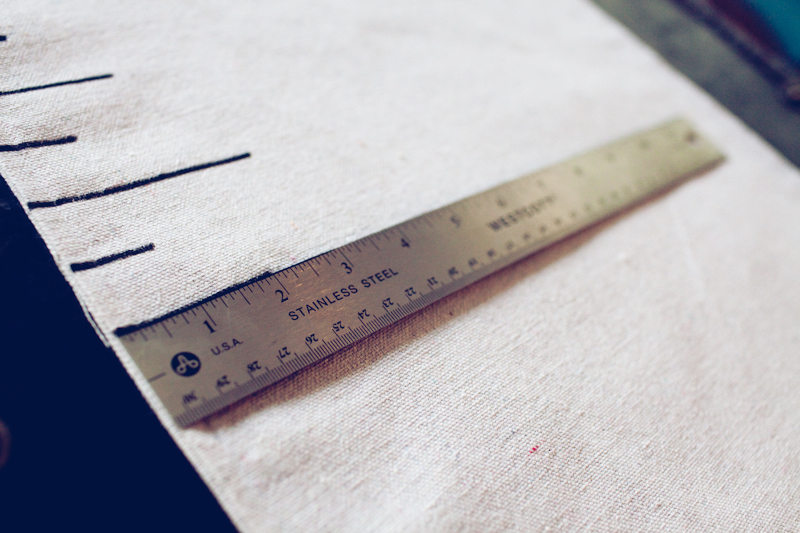 Use the edge of your ruler as a quide. 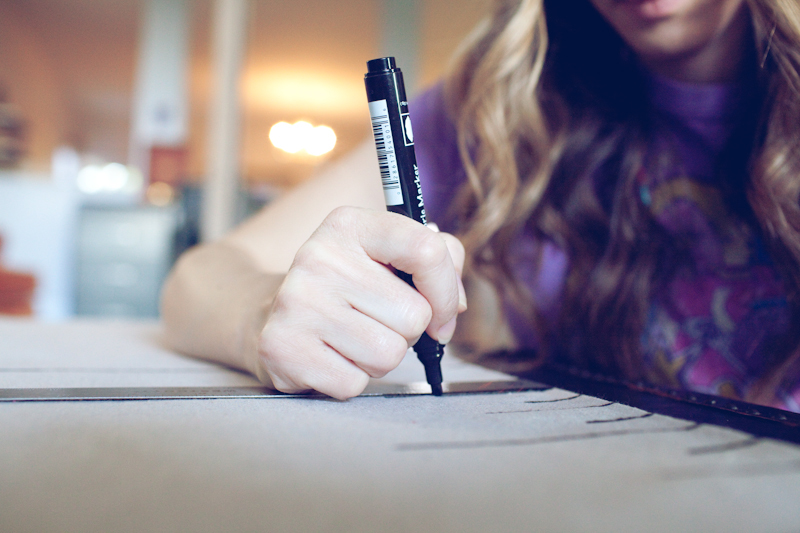 The tutorial never tells you the lengths of the tick marks. Rude. I will just let you in on a little secret here, of the lengths I used. 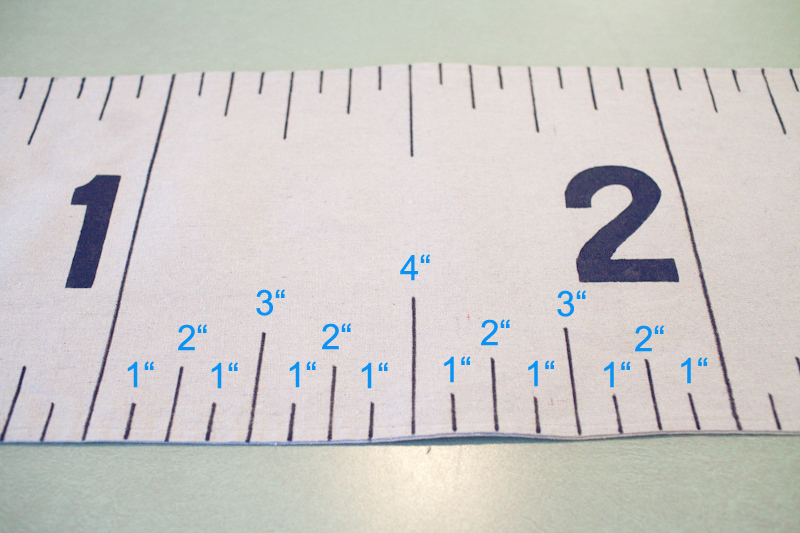 Each line is one inch apart.

After marking all the lines, the marker needs to dry. Hang your runner off your chandelier and go read a book for the rest of the night. 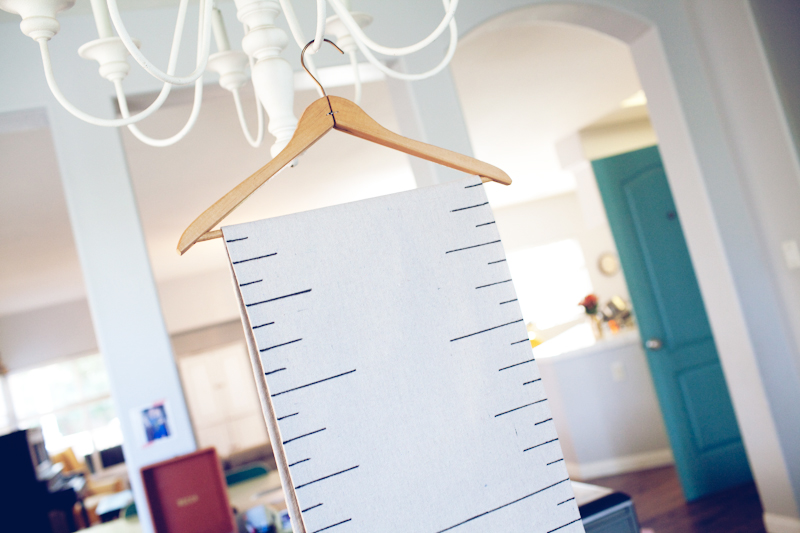 This next step is SUPER annoying. You must make the marker "color fast" so it doesn't bleed when water gets on the runner.

Put a piece of thin fabric over the runner and iron each section of lines for at least 40 seconds. I thought I'd be here all day. It was extremely tedious, but I survived.

3. The next major section involves painting the numbers with fabric paint and stencils. This is where I wanted to give up. My cricut stencils had an awkward #3 and I wasted money buying some other useless stencils at office depot.

Then dear friend Barbie came to my rescue and cut some 5" stencils for me using her Ellison machine at the school she works at. So make friends with Barbie and maybe she'll cut you some too. 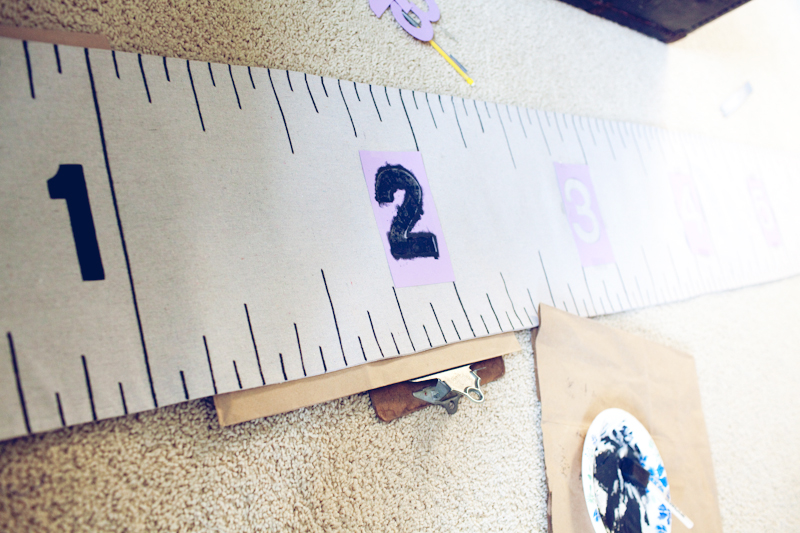 I actually researched how to properly stencil. The most important thing I learned was to USE A TINY AMOUNT OF PAINT with a sponge. It's supposed to be very dry. Take your time and then it doesn't bleed (In previous projects I globbed the paint on too fast and it bled through). 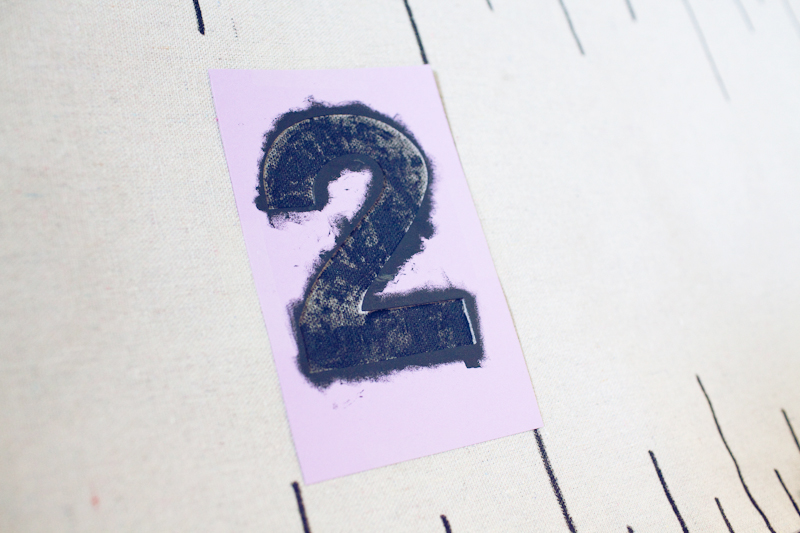 I went as slow as I could without going crazy. I got slightly impatient...but the numbers still came out well enough: 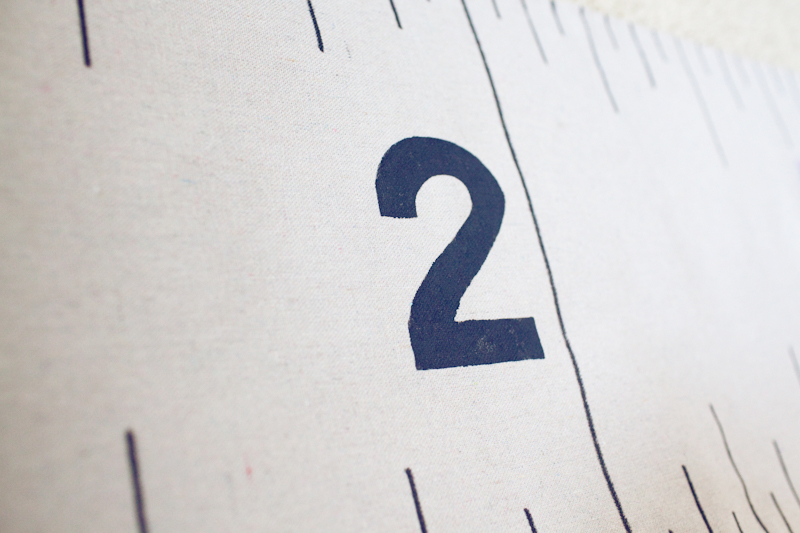 And after the paint dries for a day, VOILA!  A super fun ruler runner! You can pair with school items for a party. (Ms. Loo sure loves her globes) 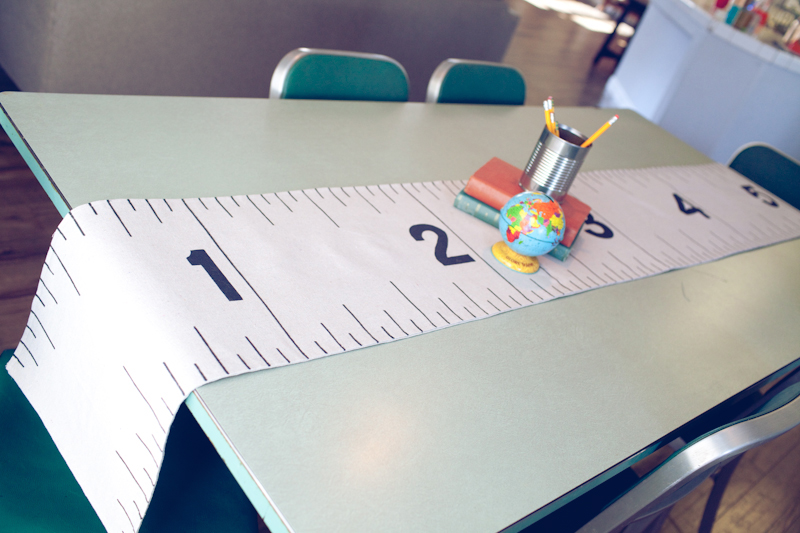 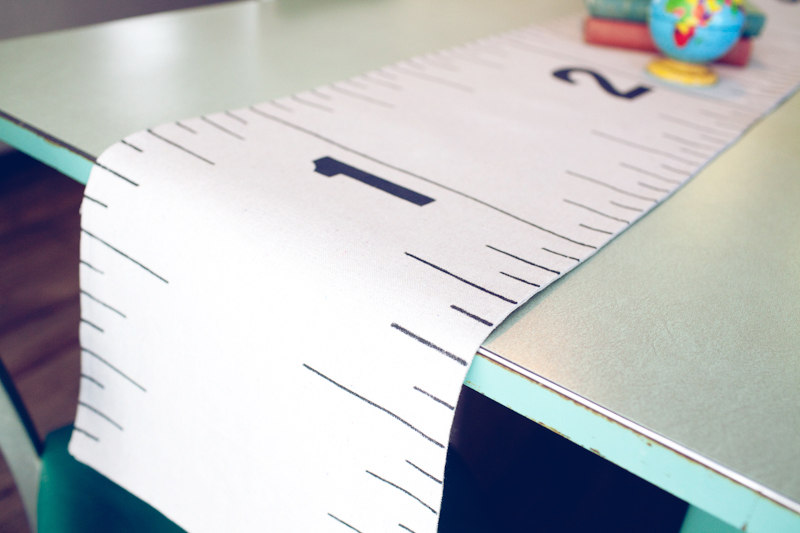 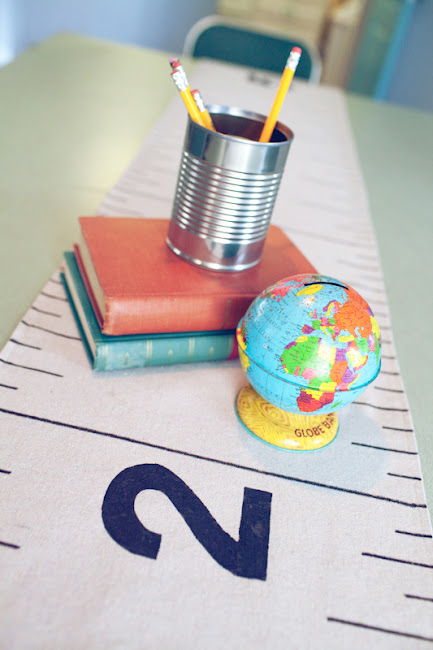 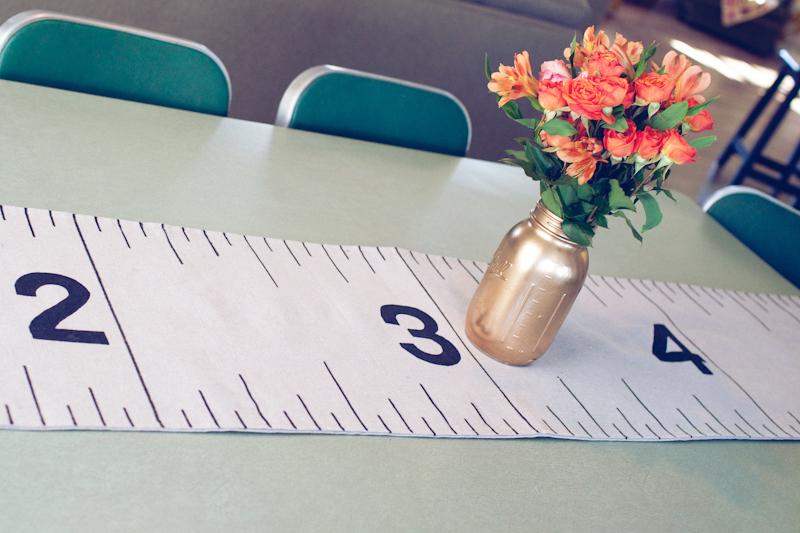 Or you can just top the runner with a jar of fresh flowers(Gold jar inspired by Olive Oyl).
email me! i love you more than broccoli. bandofbrothers