I had visions of my 3 boys parading about in beautiful coordinating plush costumes. I had my eye on the "Proud as a Peacock" costume for Finn, and was patiently waiting for it to go on sale. Since Finn is obsessed with fireworks, I even managed to sell him the idea that he was going to be a "peacock firework"(you know, with the plumes as his fireworks). In the meanwhile, I bought Calvin an octopus costume, and told him he was going to be an "octopus firework", with his tentacles as his fireworks. Finn was not conviced of this, and said, "it doesn't look like fireworks to me".Well, Calvin did not seem to mind: 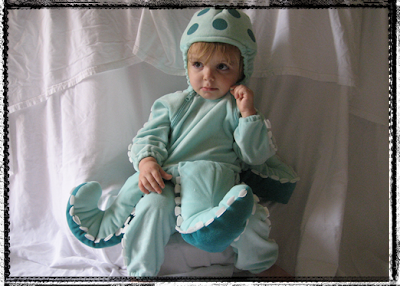 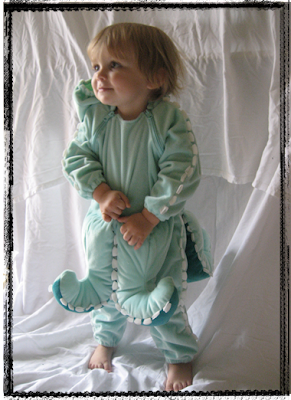 A few days later, Finn's peacock cotume sold out, at full price. In my disappointment, I lamented to the rep on the phone that my son could not be a peacock firework. She said, "no one has ever said that before". At that point, I decided that Ollie could be the peacock, since it was on sale in his size. He made quite the splash with his flambouyant feathers!: 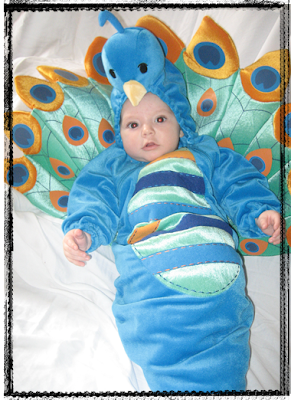 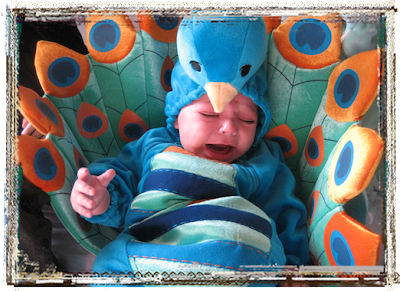 I searched everywhere for a cute plush costume for Finn, but came up empty-handed. Alright already! You can be a firework, Finn! He danced around with joy as I constructed his costume, telling me it was FANTASTIC. Though cludgey and home-made looking, I consoled myself with the fact that my mother once made my bunny costume by putting tights on my head and stuffing them. I will never live that one down! 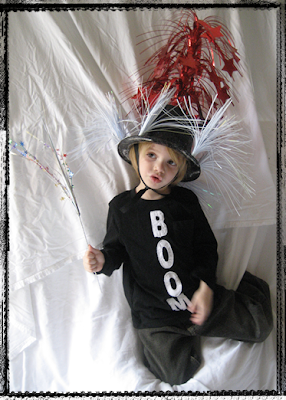 So, there went my vision of coordinating costumes. I was bummed, because Finn's costume did not go with the others: 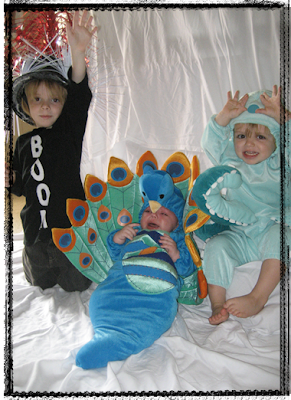 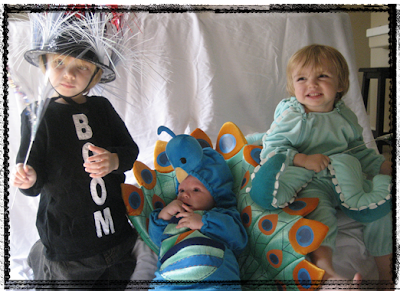 The boys were all mesmerized by Finn's sparkles. Why didn't I just made them all fireworks? Ollie would have made the cutest pickalo-pete.....In the end, we had so much fun trick-or-treating with friends and family, that it did not really matter what they wore! 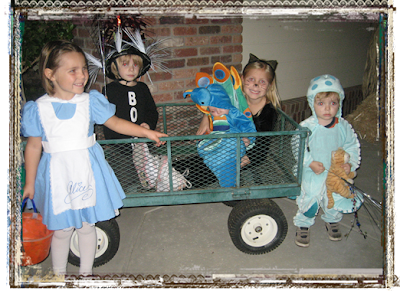 The boys with cousins Brookie and Emma 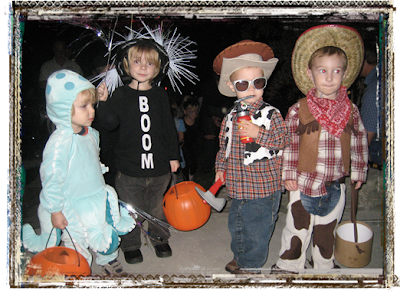 Hanging out with buddies James and Briggs 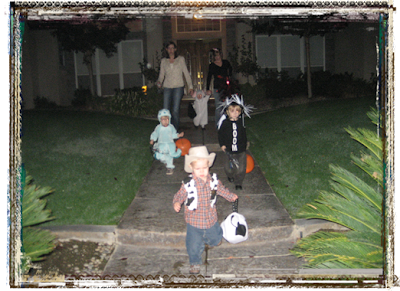 Everyone is lined up so symmetrically!
email me! i love you more than broccoli. bandofbrothers