lord of the flies.

In this week's breaking news, Calvin Jack, rises to leadership as lord of the flies! 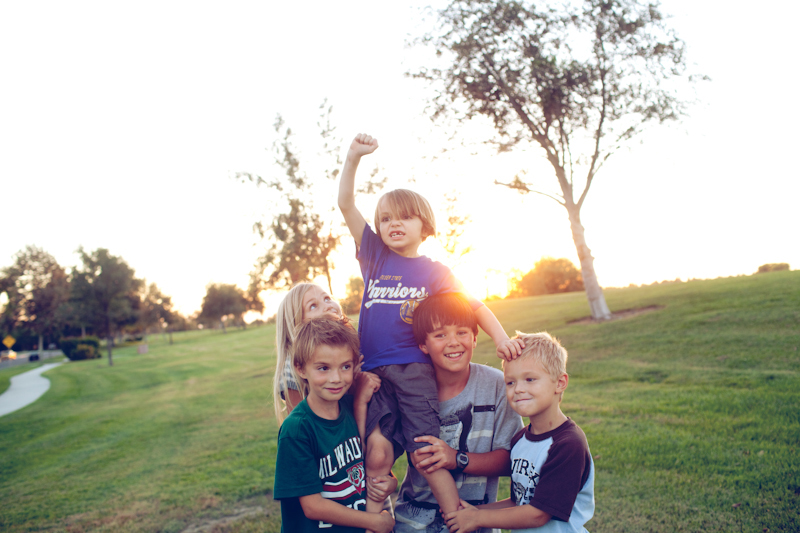 Born in opposition to the ding-dong-ditchers of our neighborhood, this rag-tag crew of children (seen above) have formed their own secret little society. Lord of the Flies, if you will(Lord of the Flies is a novel about British boys left on an island to govern themselves and the results were disastrous). I think the ding-dong-ditchers are the older neighborhood boys up the street or around the block, but I am not 100% sure, having never seen them, but only heard them ringing our door bell. These ding-dong-ditchers are also allegedly responsible for the stealing and dismantling of our next-door-neighbor's bike.

Initially our little lord of the flies were busy making weapons to set traps to defend their turf, but thankfully Mrs. Patty(Jordan's mama)caught wind of their schemes and shut down that operation, instantly. Our kids are strictly forbidden to use weapons on other children, FYI. This is a great opportunity to teach our kids to love their enemies and turn the other cheek. However. This does not mean they have to sit around cowardly, shaking in their boots. If they want to stand up for and defend those who are getting bullied, then I will let them do so. Not with weapons though.

And so, we allow our children to meet and 'train' under our supervision.

There is a definite pecking order in this group. 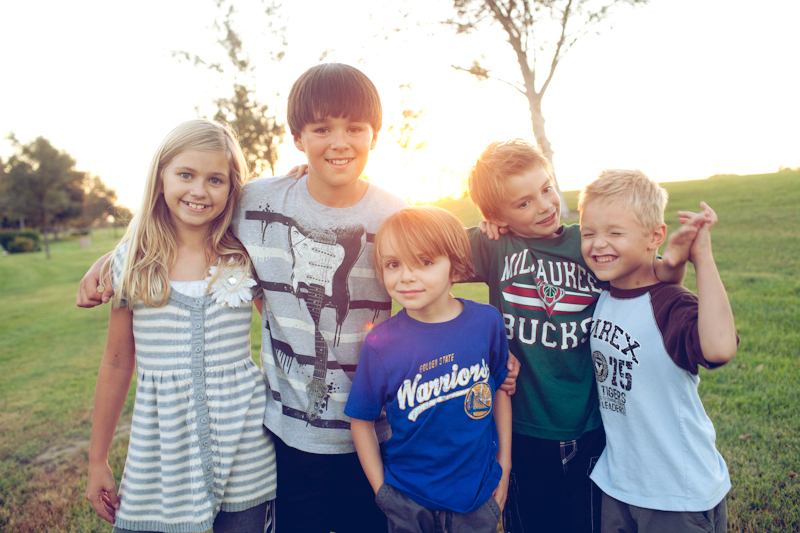 Jordan(10, almost 11), the eldest,  has been the natural leader of this pack. And thank goodness for that. Jordan is an awesome example. He is always polite to  his elders("Please, May I,  Mrs. Davi" and , "Thank You" and "Your welcome Mrs. Davi"). Such a sweetheart. Last week when he was over for dinner, he prayed for our supper, and for all the starving children in Africa. And he is very kind to ALL of my boys.

Jordan has been the leader all this time. But their custom is to allow a challenge of leadership each month. Typically nobody dares challenge Jordan's leadership.

Except for this month. This month, {pipsqueak}Calvin wanted to challenge Jordan. 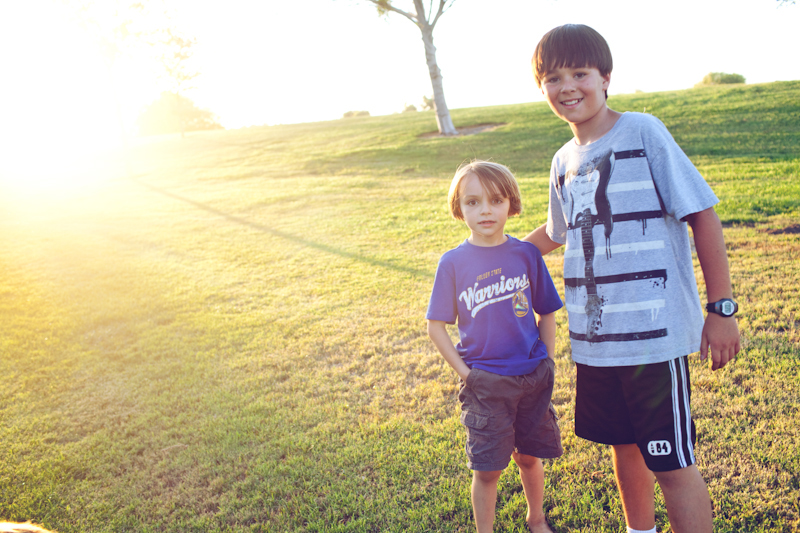 Which is quite shocking, really. Calvin is very sweet, laid back, mellow and compliant. So truly, I didn't know he had it in him, to make such a challenge. 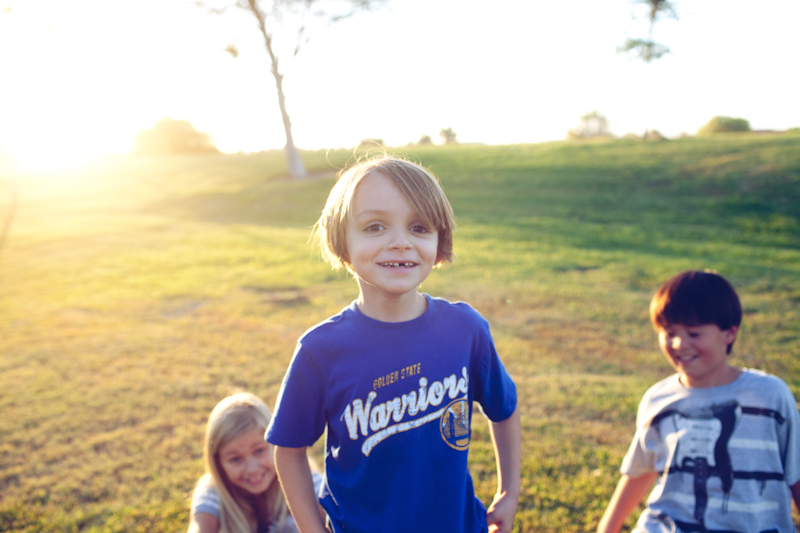 He decided to wrestle Jordan for the position of #1 and he actually won. For reals. 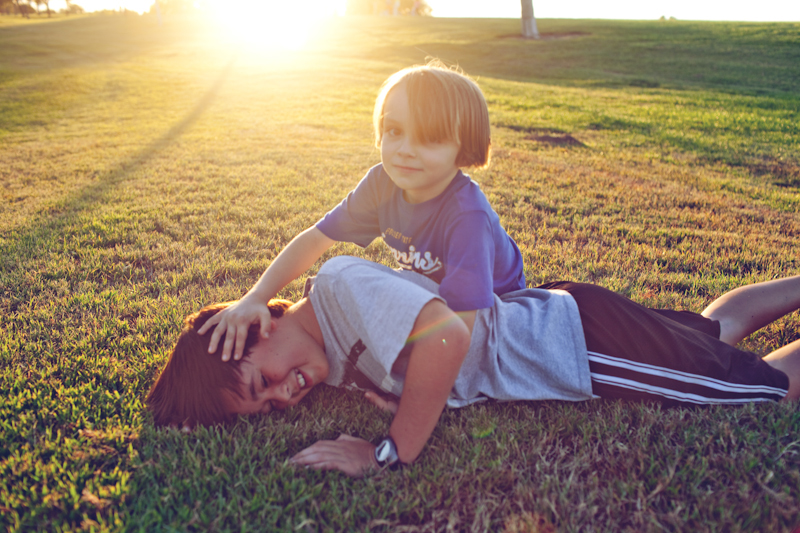 Jordan told his mom that he didn't let Calvin win. Calvin beat him fair and square--and is now leader of the group for the entire month! 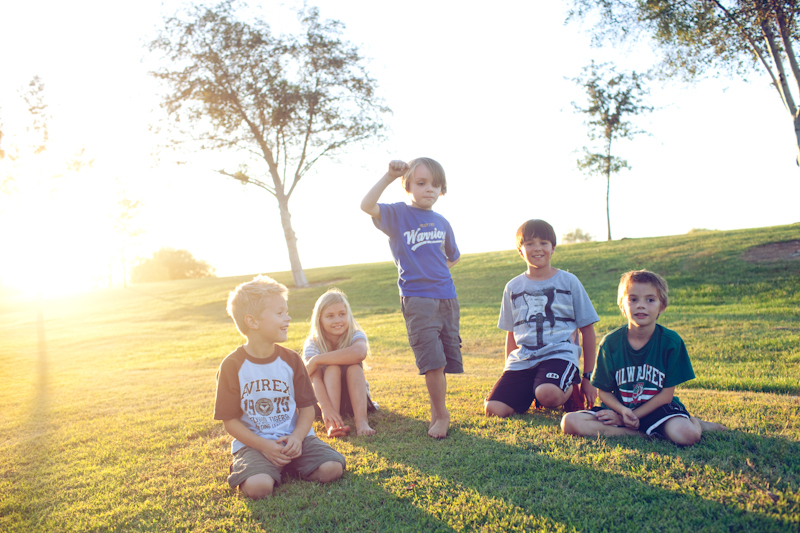 As leader, Calvin is in charge of their physical training sessions. And the funny thing is, they all actually obey him. Jordan says that Calvin is a good leader. Calvin is laid back and reasonable. Which oddly enough, can make for a good leader. Even older brother Finn must submit to his authority. 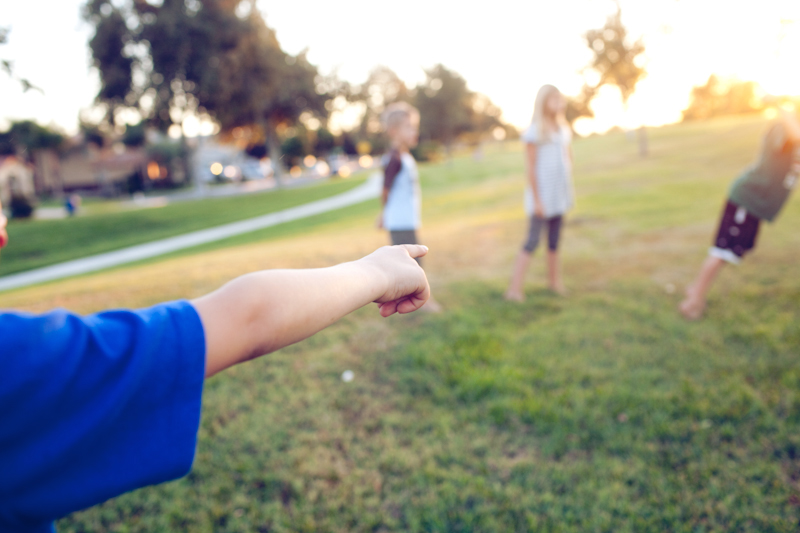 So, what do they do in training? 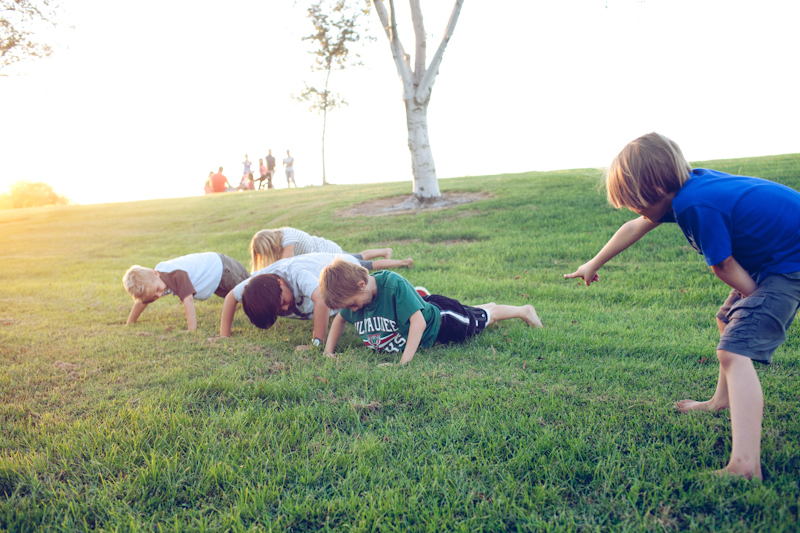 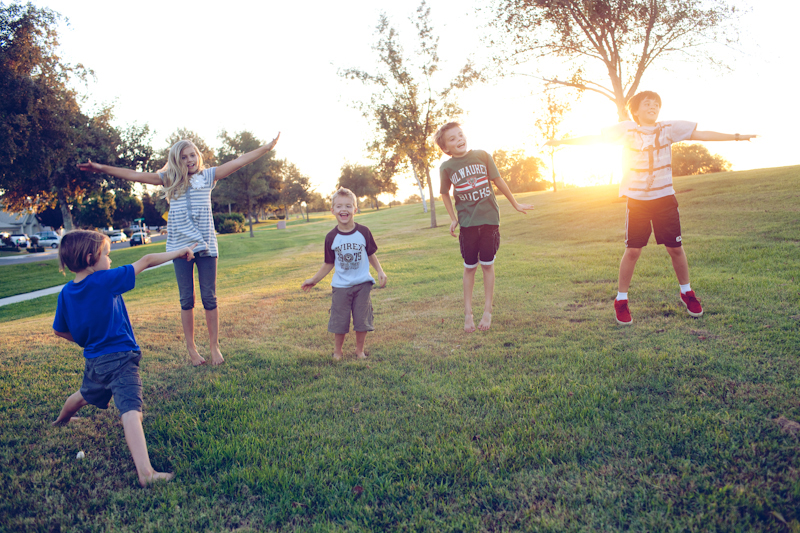 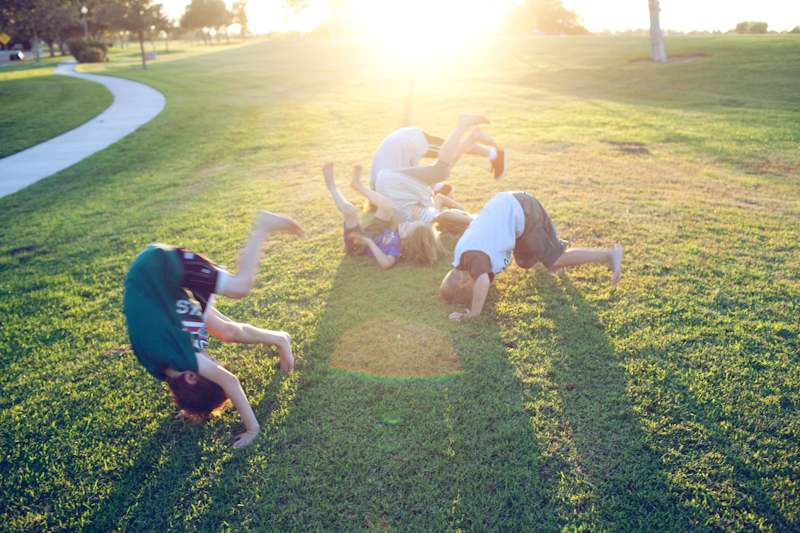 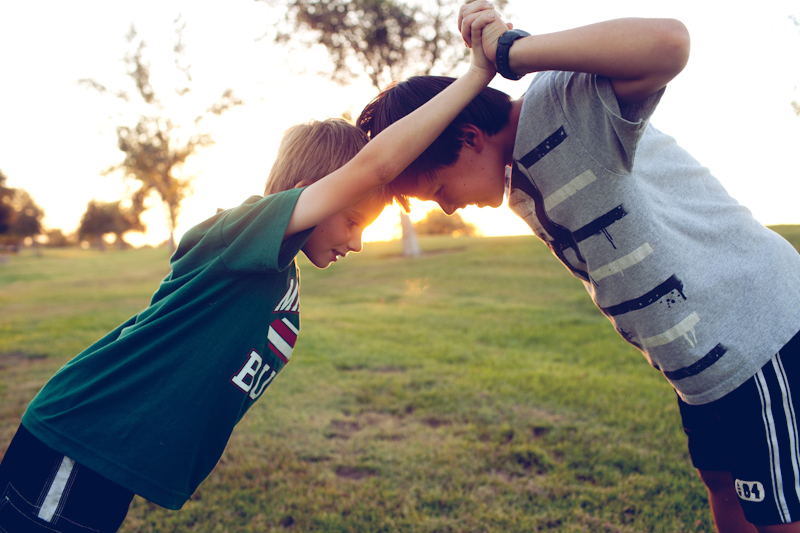 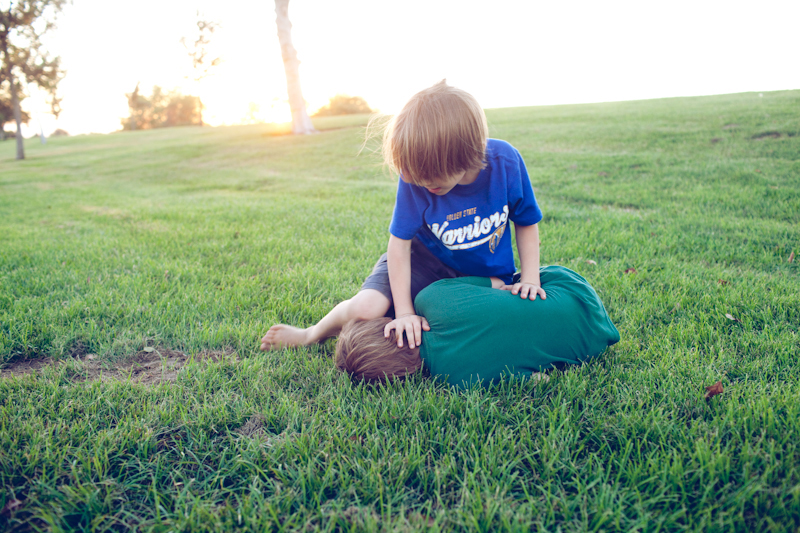 And their newest training method involves the practice of camoflouging in the wilderness. 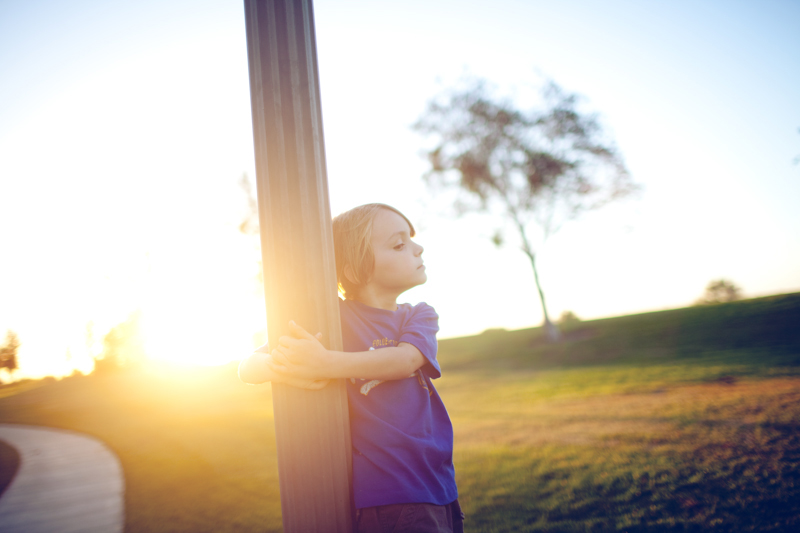 Finn in his green shirt, blending with the green grass. 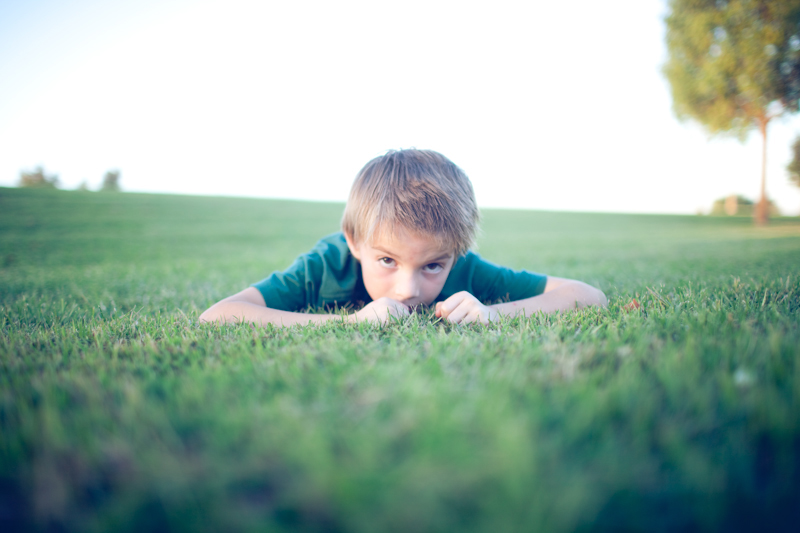 Ty is blending with the tree. From afar, I could scarcely see him. 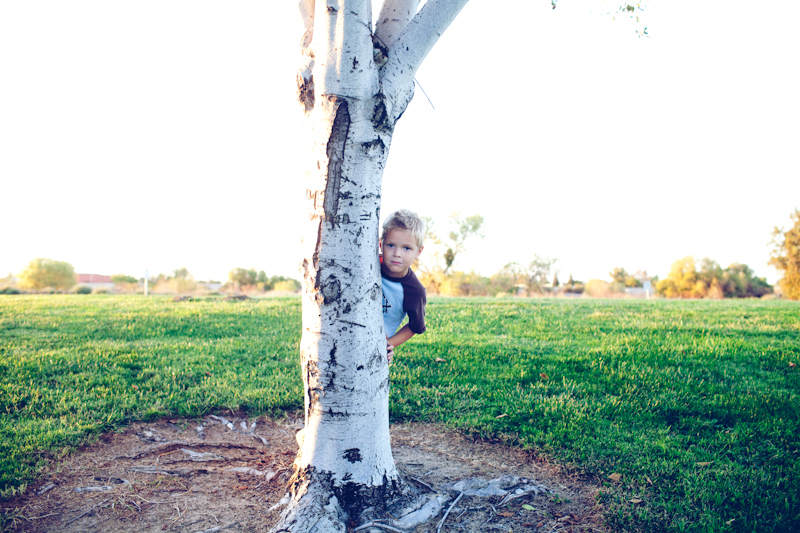 I mean, he is practically as good as Peeta. 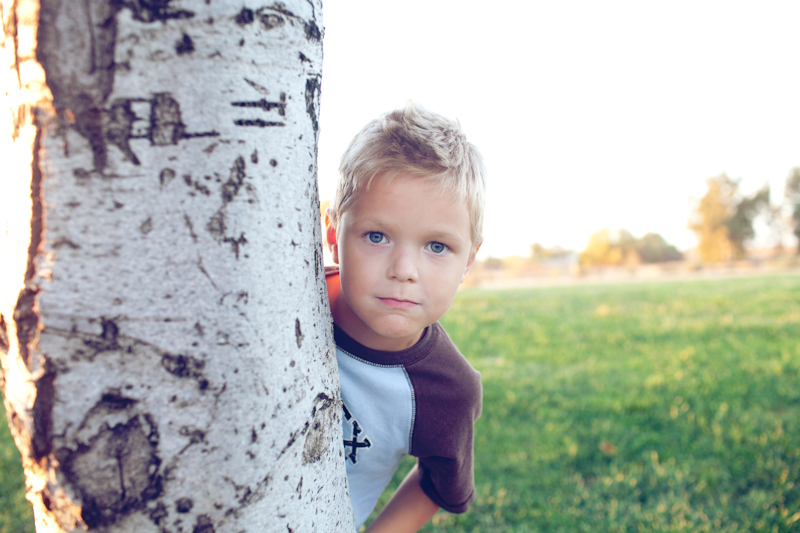 And really, theses kids are all sweet as pie. 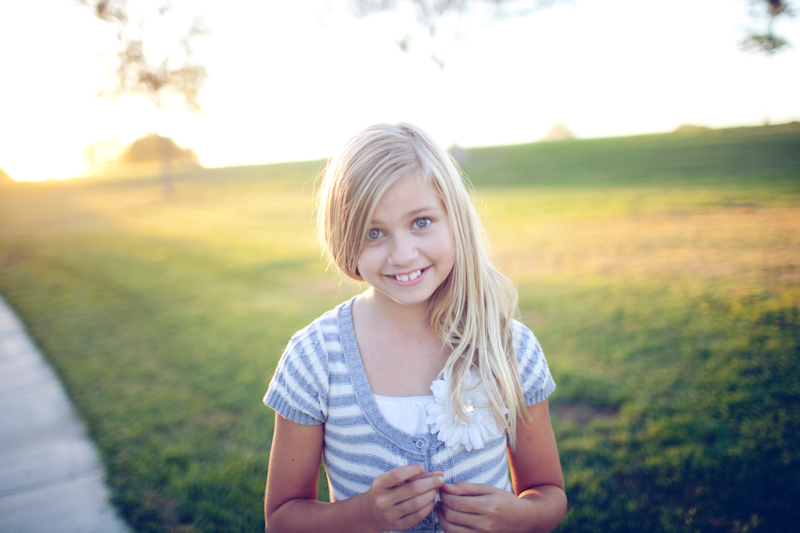 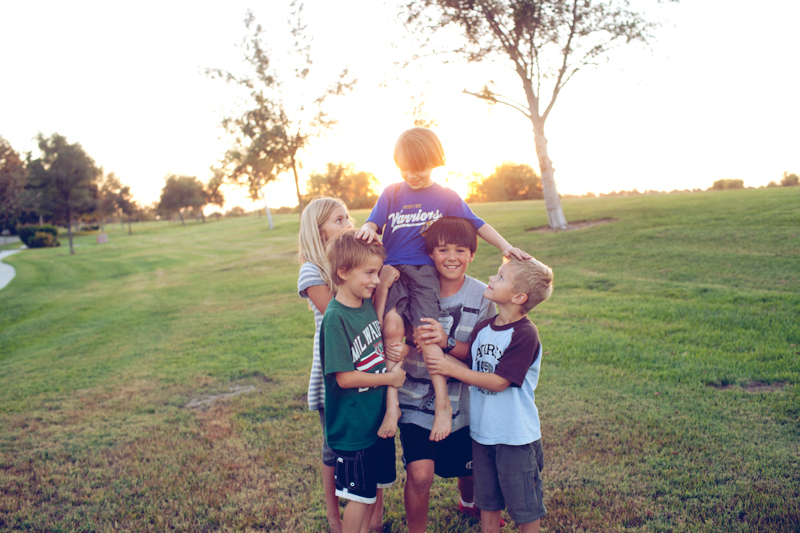 Just don't go ringin' our doorbells, or you will awaken the beast. 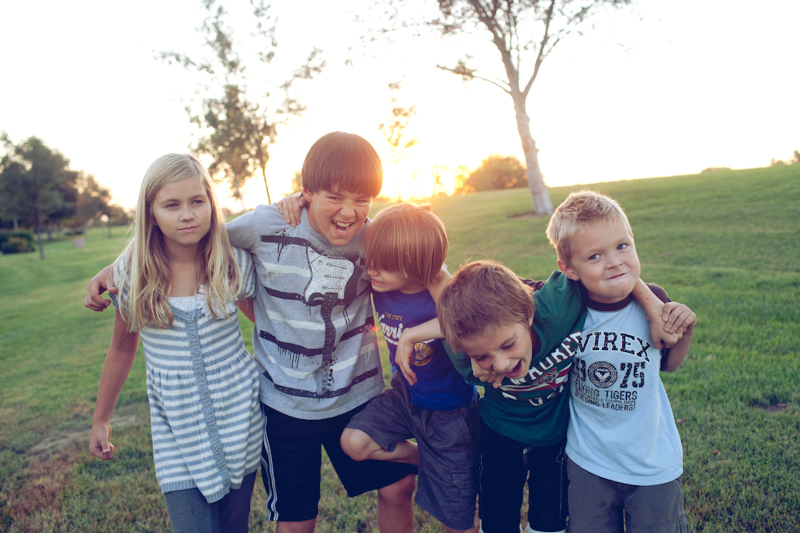 My boys might be small and twerpy, but have proven to be quite scrappy and fierce when provoked. In a group, of course.

And to be quite honest, I had very limited knowledge of my children's intents when they started their secret society. Yes, I knew they were all jazzed up about the ding-dong-ditchers. And that our kids spent a lot of time playing and pretend fighting with their neighbors. I did not know initially that they were wanting to set traps and take on the ding-dong-ditchers. Why not? I was too busy wiping Twain's tush 500 times a day and taking care of Ollie's needs. And honestly, it was so nice being blissfully ignorant and getting a break while I thought my boys were playing so "nicely". Ha.

But now, I have wised up.

I need to keep a more watchful eye on my older kids. Just watching them from the window doesn't count.
I need to listen to what they are talking about and ask them what they are up to.
And talk to the other moms in the neighborhood and compare notes.

Yes, I would totes spy on my kids.

If it's this bad in the elementary years, I cannot even fathom the teen years. So glad that I'm aware of how unaware I have been.  Time to step it up.
email me! i love you more than broccoli. bandofbrothers