I kneeled down in the dirt to be eye-level with my three year old. 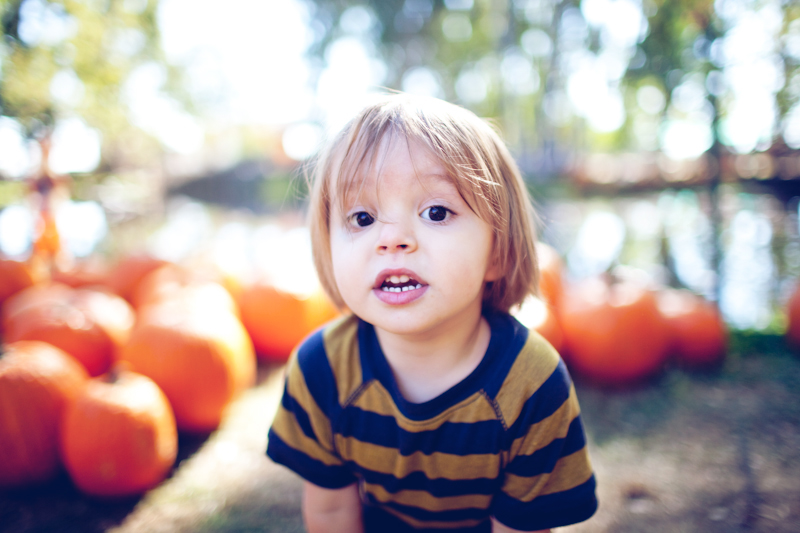 He was trudging his feet at the pumpkin patch and kicking up as much dirt as his little converse could kick up.

"Twain", I said sternly, "You need to stop kicking dirt".

"Yes mama", he said nodding his head up and down. But not meaning a word of what he said.

This child is giving me a run for my money these days. I finally know what it's like to have a kid that 'gets into things'. He wrote on my wallpaper wall. He colored with ballpoint all over my couches. He's always climbing high onto furniture and jumping off of everything. 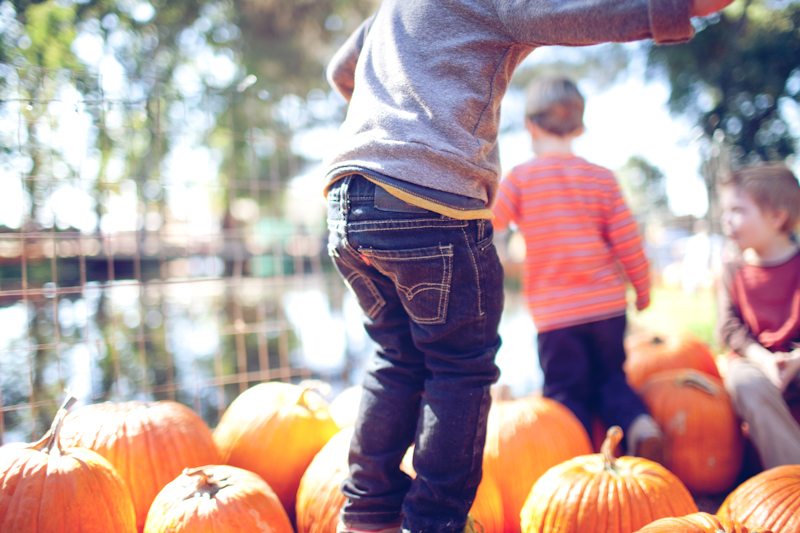 When I stood back up, my eyes quickly scanned the pumpkin patch for my 5 year old. In the few seconds it took to reprimand Twain, Ollie was...gone. Just like that. Lost.

"Ollie...OL-LIE!", I called. My eyes quickly scanning the hay bales and tractors for Ollie's rust-colored shirt.

I refused to let my mind panic. After all, it had just been a few seconds. How far could he get, right?

No sight of him anywhere.

By now, I am running around every nook and corner of the pumpkin patch.

I'm sure my eyes look wild as they are darting too and fro...

I think of the child with the disorder who is gone without a trace.

I am starting to feel that frantic feeling of panic rising. But really. My child was just there a minute ago. I just couldn't believe he could be gone that fast. Still I felt half-crazed as I watched random people lounging around casually chatting with friends.

Finally I spot his rust-colored baseball tee across the entire patch. Playing happily amongst a bunch of pumpkins. I let out an enormous sigh of relief. Thank you Lord! When I get to him, he's like "what?" 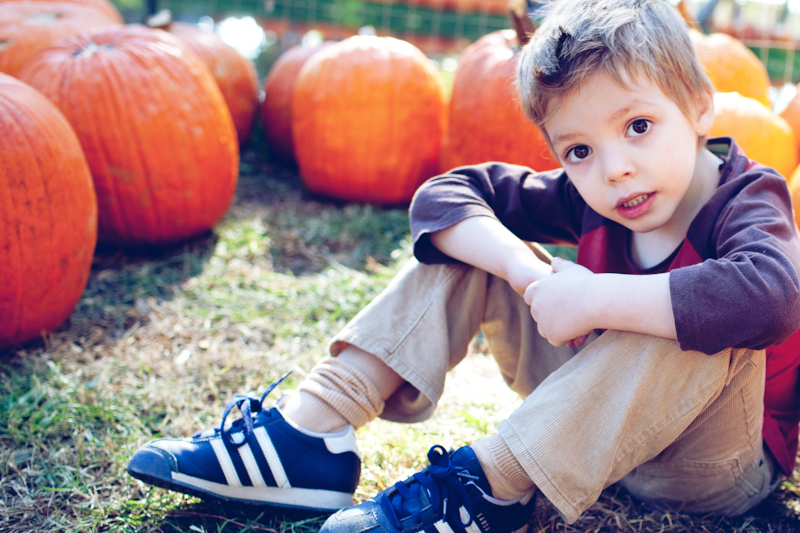 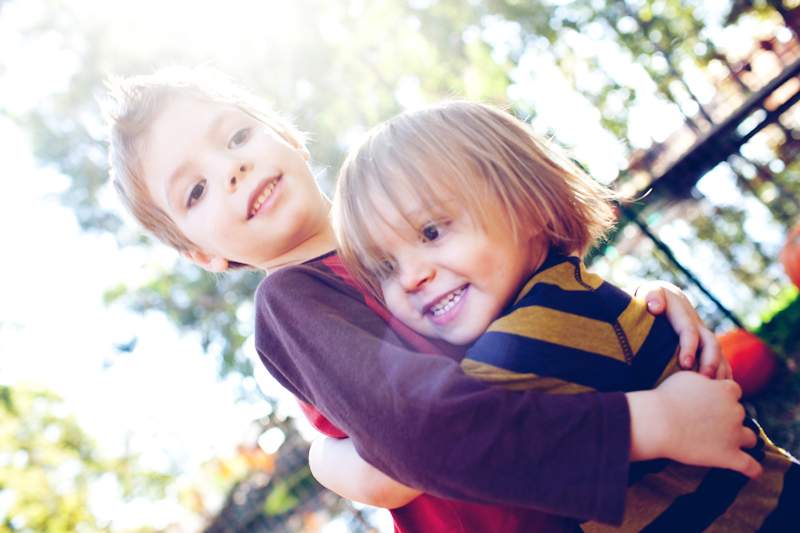 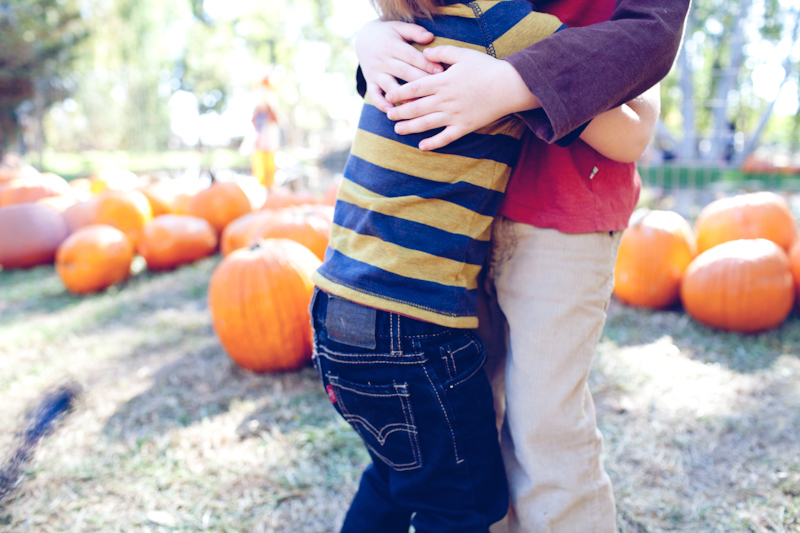 Never so happy to see that little face. Now that I've recovered from my fright over losing Ollie, I realize how insanely in love I am with this boy! 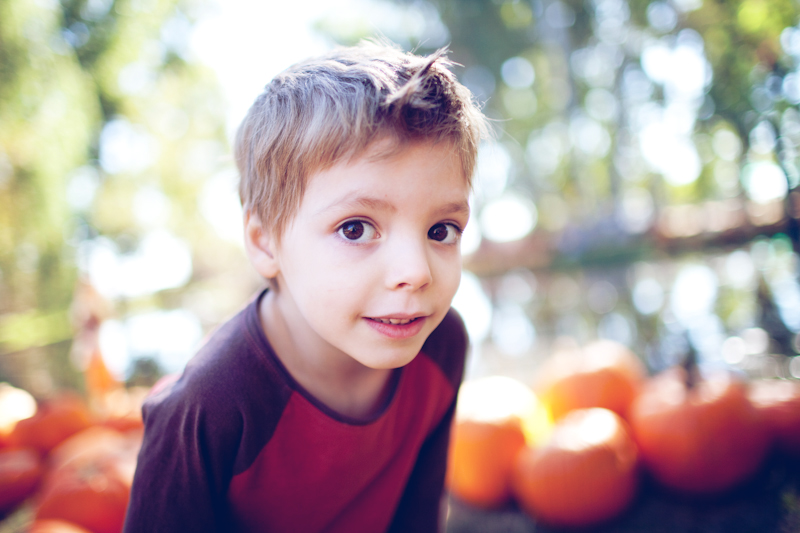 "Oliver John! You must stay right next to mama! You were lost!" We had a good long chat about not running away from mama.

"Ok mama", he said happily as he skipped obliviously right into the dirt parking lot.

"Ollie get back here!" I am now shouting. I literally drag my boys to the van, shaking, and strapped them into their seats as fast as I could.

It had been a loooong morning at the pumpkin patch.

It started off chipper enough. We went with Ollie's preschool, which included dear friends {and neighbors} Patty and her sons. 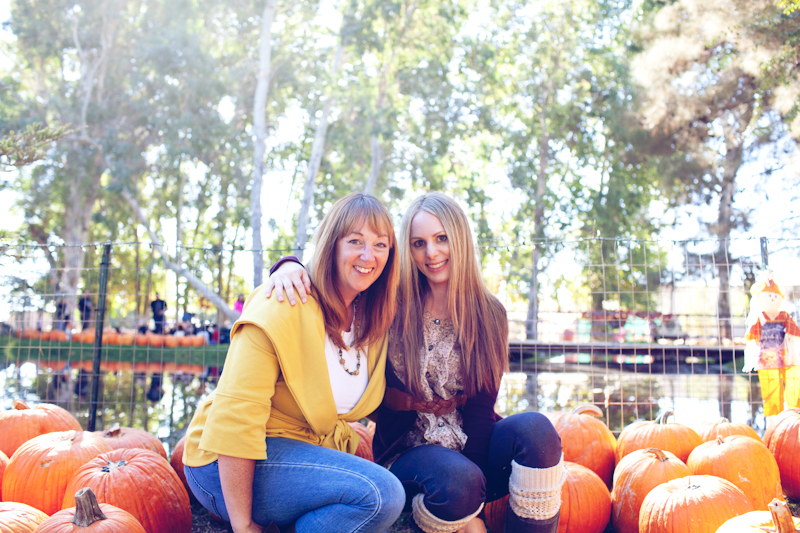 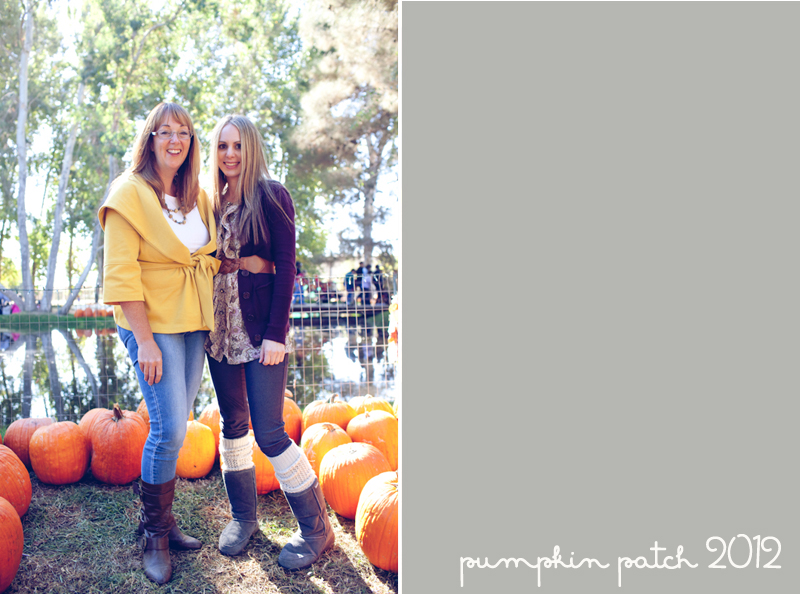 We had a bit of trouble getting through the corn maze. "Keep right, keep right", they instructed. 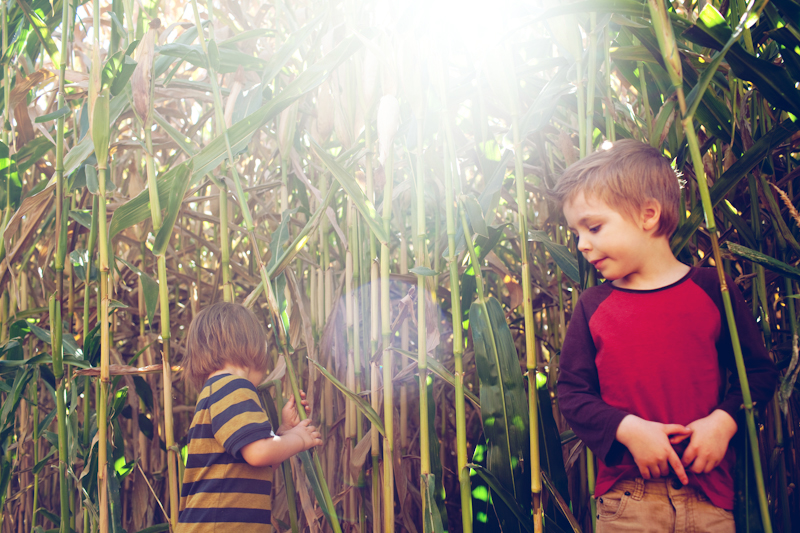 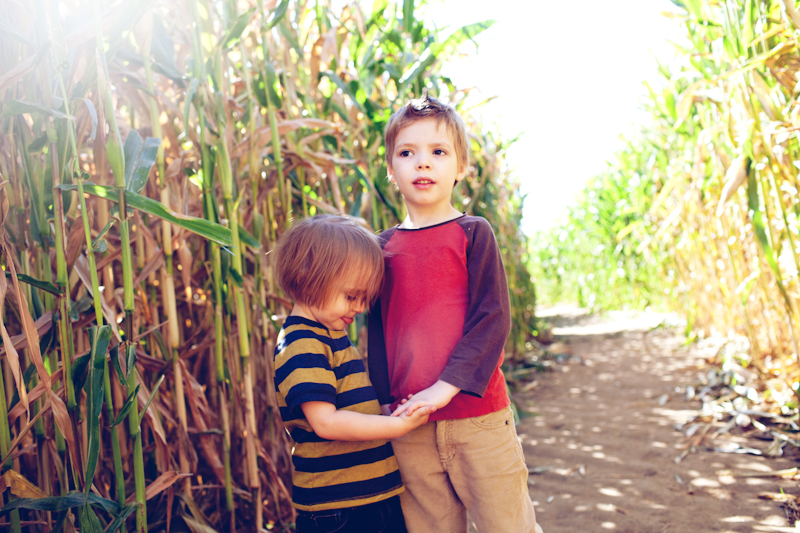 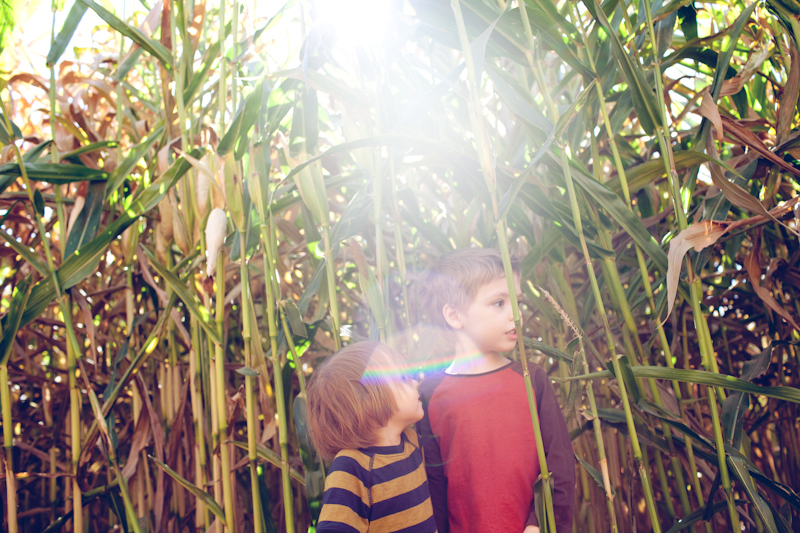 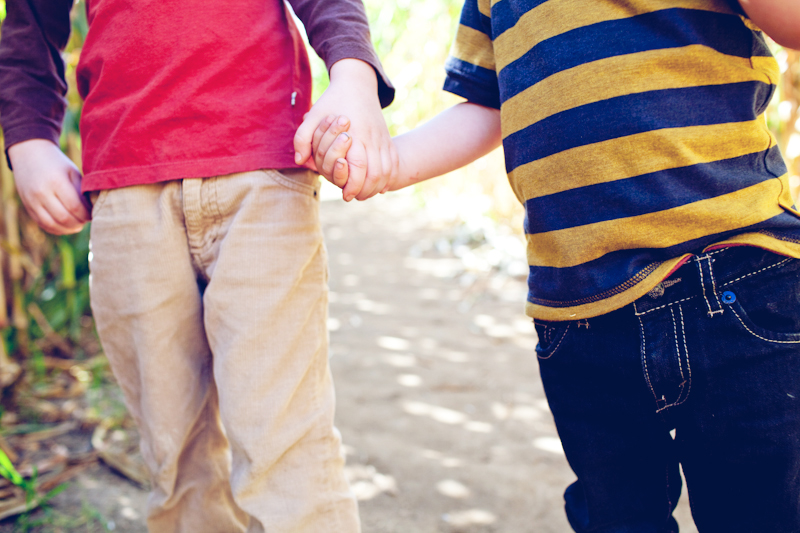 Finally, when we could take the claustrophobia no more, Patty hacked her way out through the sides of the corn stalks to daylight. And we followed, not too close behind. Phew! 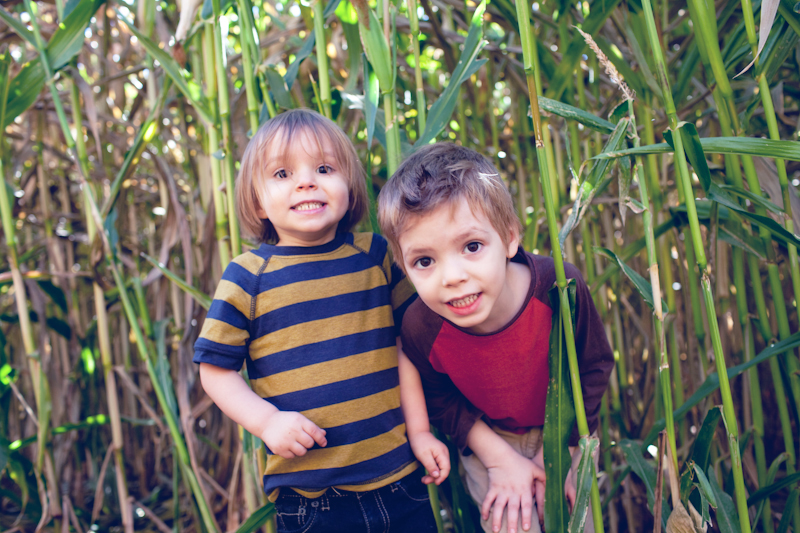 After the corn maze the preschoolers are allowed to pick a pumpkin. 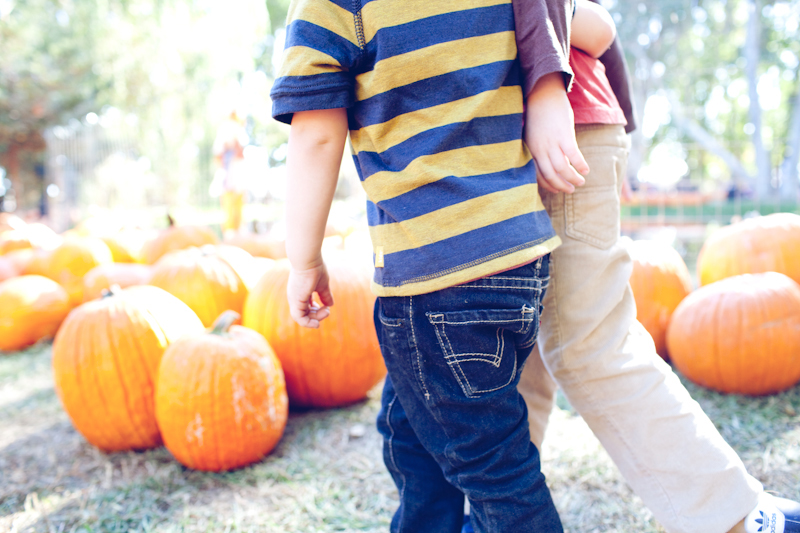 But Twain is cranking out and throwing a fit about his raisins--apparently the ratio of raisins to nuts was not high enough. Ridiculous. He was screaming so inconsolably, that the owner of the patch started to twitch, and told me "Give him a little pumpkin. It's on the house".

The tiny pumpkin just made him scream louder. Stinker. 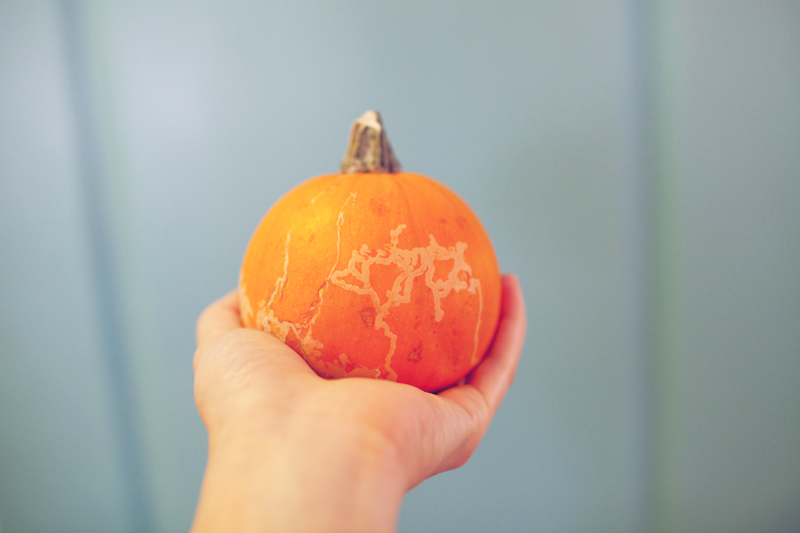 It was snack time, and one of the mom's from the preschool started handing out cookies.

Twain stood there with his hand clutching a chocolate cookie, and crying with his mouth open. You know you are DONE when your kid has a cookie in his hand and he's still crying.

Normally I like to go back to the patch with the whole family, but I think I'm good this year. That was exhausting.

Besides. I just can't do it all. We just got back from our church beach camping trip and I am buried alive in laundry. Just wanted to pop my head out from the piles to say boo.
email me! i love you more than broccoli. bandofbrothers