The last 2 weeks have felt like a constant standoff with one of our sons(who shall remain nameless). 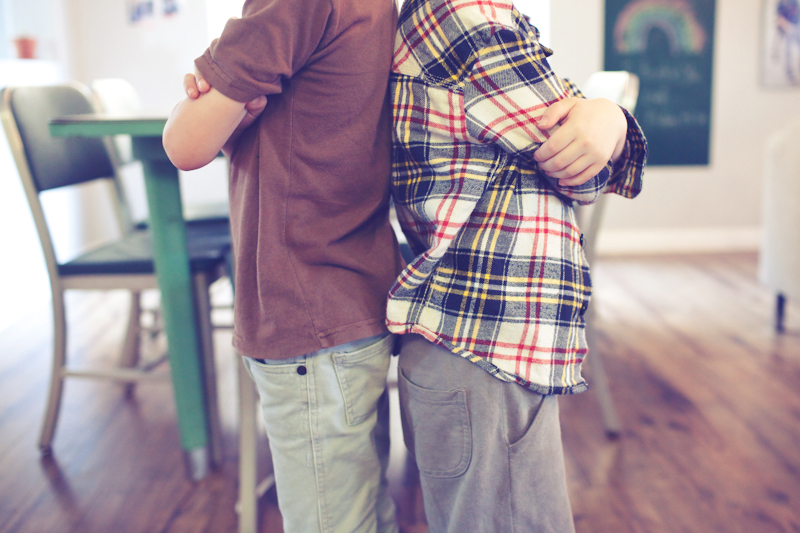 I'm not ready for this.

It's happening too fast.

And I need to buck up.

Because I haven't been handling it too well, truth be told.


Son: "Mom, can I play on your computer right now?"

Son: {with major attitude}"But why? I just need it for x, y and z reasons."

Me:{with major attitude right back} "I don't want you on the computer all day!"

Me: {in loud voice} "Stop arguing with me all the time!"

Both: STOMP STOMP, as we go our separate ways.

And he's not even a teenager yet. {{shudder}}

Lookey here. I'm the parent. He's the kid. So why am I acting just like him? He just pushes my buttons so fast with the arguing.

And I let him. And I know better.

One of my all time favorite parenting books is "Don't Make Me Count to Three" by Ginger Plowman. One of her ingenious methods of discipline involves role-playing the right way to do things, rather than just saying "no, don't do that".

And I'm not doing so hot at role modeling here. Instead of calmly teaching him how to handle his disappointments and respecting his mama, I'm doing the exactly opposite.

I'm inadvertently teaching him to get all worked up and sass right back.

As a kid, I was a hard nut to crack. Just ask my mom. I wouldn't easily fess up or repent of my wrong-doings. Darn stubborn pride.

And I would talk-back...a lot.

Don't you love how that comes back years later to bite you in the butt?

I've got a taste of my own medicine and boy is it bitter.

My son reminds me so much of myself as a kid.

It's time to break this cycle.

The other day, when things were calm, I talked rationally with my son about his propensity to argue and how we BOTH needed to work on this together. So when he starts to argue, I just say "Remember what we said about arguing?"

I was chatting with my neighbor yesterday. He has a stubborn son too and we were comparing notes. When our sons do something wrong, like hurt their siblings, they don't won't own up to it. The excuses and arguing just starts up.

My neighbor says that when this happens, he's like "Get over here NOW. It's you, me and God(see finger pointing action below). Look me in the eye and don't you dare lie to me in front of God." 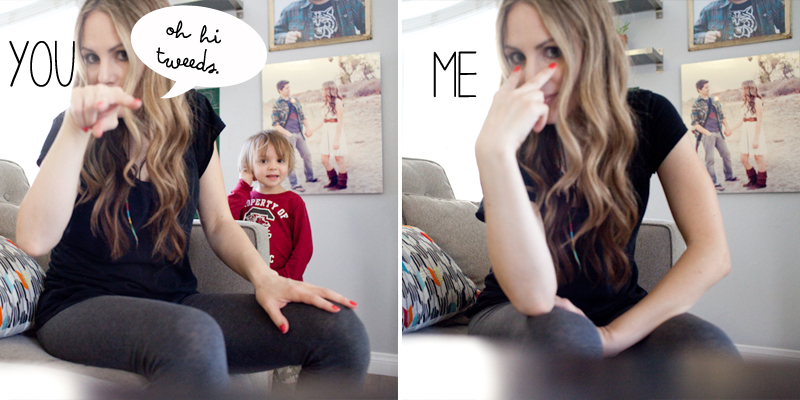 It's so good to have a community of parents around to help you in the trenches. Nobody wants to do this thing alone. So instead of pretending like you have it all figured out...fess up and link up with us. We won't judge. Scout's honor.

Linking up with Capturing Motherhood. 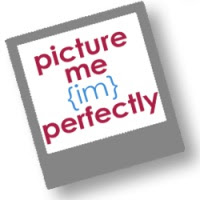 What type of kid were you growing up? Are any of your kids like you?
email me! i love you more than broccoli. bandofbrothers