In keeping with tradition, Finn made his own birthday cake this year: chocolate cake with vanilla frosting, dyed blue: 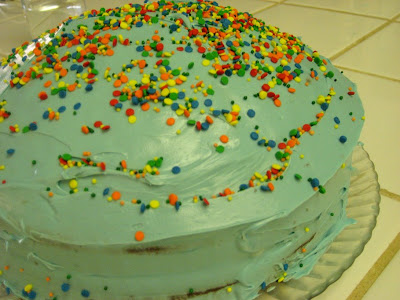 I bought some balloons to make our humble home party a bit more festive. The boys went wild over them! 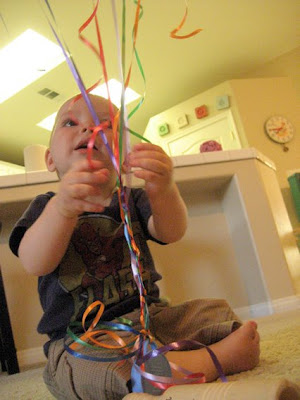 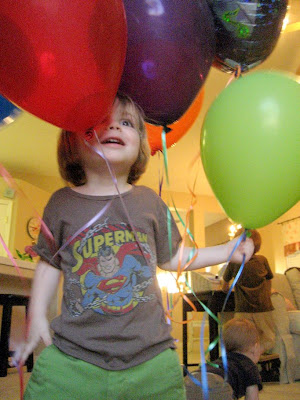 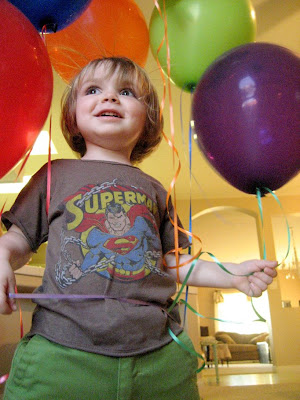 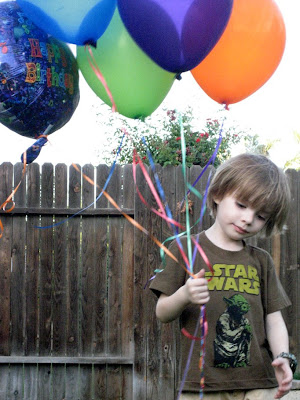 John's parents and Finn's cousins came over to help Finn eat his cake. 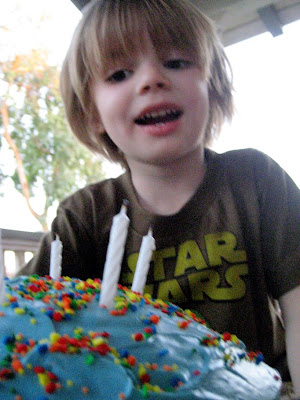 At dusk, the kids had fun playing baseball in the backyard. The weather was so lovely. When John brought out Finn's presents, Finn's laser eyes did a quick scan and quickly determined there were no cymbals, because there was no square-shaped box to hold one. Little did he know...
The long skinny rectangular box contained a boom stand. John told Finn to check our closet for something and Finn scurried off to fetch his surprise. He triumphantly emerged with a 14" crash cymbal. Score! Finn was thrilled. He also got some cool drum brushes--so quiet they were an instant favorite amongst the adults. He also got a nifty drum stick bag that attaches to the high-hat stand. Now Finn can whip out whatever drumstick he needs without all the fumbling. And have I mentioned that Finn has started twirling his drum sticks during some of his grooves?
We ended the night with Finn playing some grooves for his guests. John even accompanied him on the piano(or pwano, as Finn calls it) and guitar. The next morning, before anyone was up, Finn was as quiet as a mouse re-wrapping his boom stand. He also put the crash cymbal back in our closet. I think he had so much fun the night before, he just wanted a rerun.
email me! i love you more than broccoli. bandofbrothers