What struck me most about being at Hume Lake, was how many hours there are in one day.

There are a LOT of them.

I just don't notice at home, because I have way to much going on with raising 3 boys, chores, emails, random responsibilities, and yes, even blogging (Shh. You didn't just hear that).

By 6:30 pm on Sunday evening, John and I glanced at each other nervously as our natives grew increasingly restless. We had just gotten back to the cabin after a harrowing experience on the disk golf course, where poor Calvin got pelted in the shoulder with a wayward disk.

Have you ever chucked one of those hefty disks? They are waaay heavier than regular Frisbees. I've never been hit by one, but I accidentally hit our friend Todd once and he dropped to the ground in agony like a sack of potatoes.

In my expert opinion, we should not have taken 3 small boys on the course to begin with. Period. But, John wanted the boys to have some experience throwing disks into the baskets. Or at logs. It's in his blood. His brother Mark is quite the champion. Paula(my SIL) and I even entered the Hume Disk Golf Tournament summer of 97. Our early days of marriage were spent hanging out at local disk golf parks.

And I do think the boys should learn this all-important-sport. But not on the treacherous course at Hume Lake. I begged John to go elsewhere.

It was sprinkling lightly on and off. Thunder rolled in the distance. I have a somewhat irrational fear of lightening. I watched a special once on lightening victims--statistics show that once you have been hit by lightening once, you are more likely to be hit again, because your body chemistry is altered. How awful to be one of those statistics, huddled in fear with curtains drawn during a storm, fearing strike 2. And I did not want to huddle in fear in my Odyssey for strike 1(No, I've never been struck). So, I braved the elements...and the disk golf course. I glanced around nervously for a stray bolt of lightening, or disk. And then we heard the all too familiar "heads up". But I was no match for the plummeting disk and it nailed poor unsuspecting Calvin right in the shoulder. It was an awful moment.

And then Calvin began shrieking and wailing. I immediately scooped him up and started running off the course, yelling at John to get the boys out of there. Between the weather and Calvin's shoulder, I had ENOUGH.

After our visit to the infirmary, Nurse "Stitches" determined that Calvin's shoulder had a ghastly bruise, but otherwise had full range of motion. John conceded that I was right--the course was no place for small boys. Sometimes I hate being right. For the rest of our trip, every time we passed the course Calvin would say "we not go on disk golf course anymore."

Other than that, Calvin was quite the trooper and did not make one peep or complaint regarding his shoulder. An hour later at the dock, you would never know his shoulder was striated purple, red, black and blue. 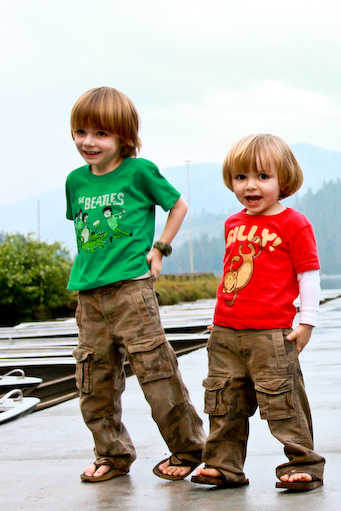 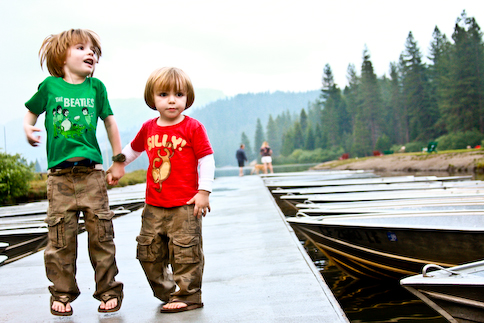 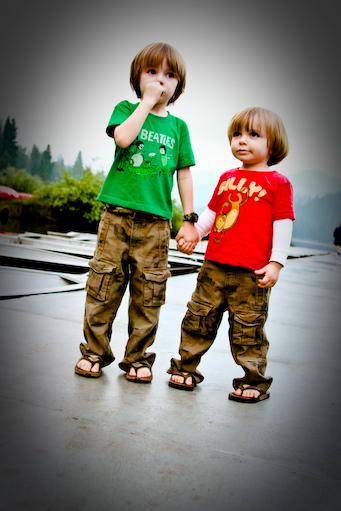 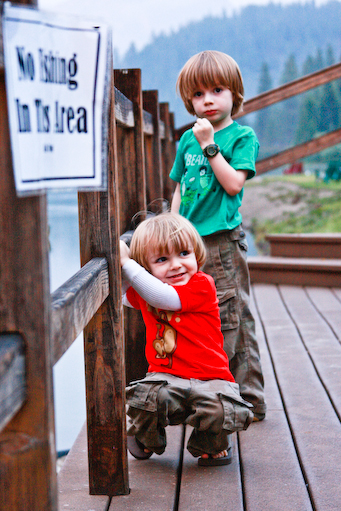 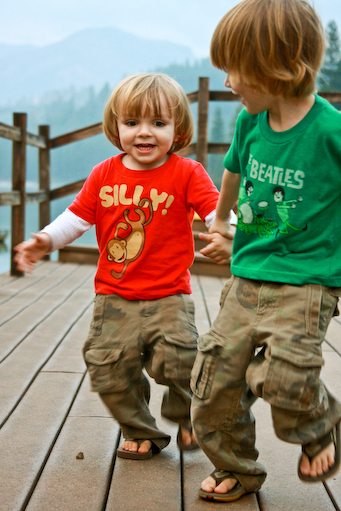 And then you have brother Finn, who was crying and fussing non-stop when he stubbed his little toes when we took the boats out to "the rock". 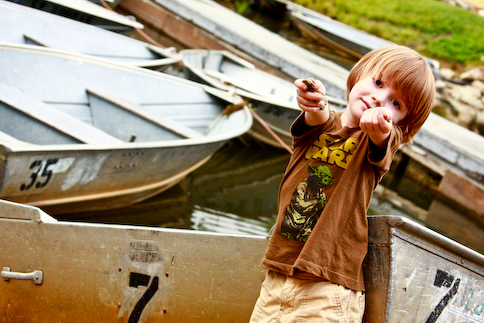 He was causing such a ruckus, the entire Lake of Hume was wallowing in his misery. As John and I were racking our brains trying to figure out some course of disciplinary action to STOP this nonsense, 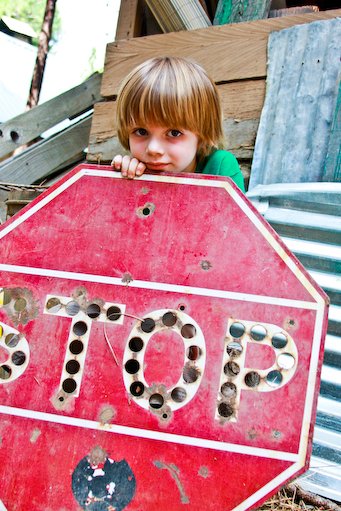 he bends over and yacks into our boat. 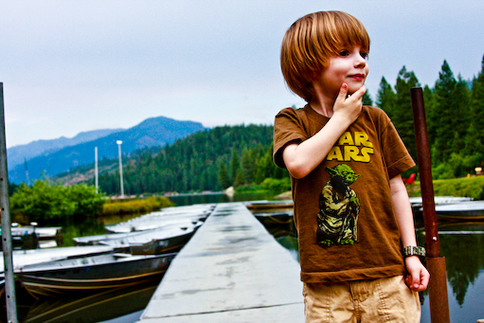 Growing up, we could not even rock in the rocking chair or spin in her presence.

We did have some highlights to the trip though. We got to stay at Pete and Kristin's cabin(Pete is John's older brother) and they got to stay with us part of the time. They have 4 darling girls, who spoiled us rotten--feeding us the yummiest chocolate chip cookies I've ever had. And pleading and begging to hold/play with Ollie the whole time. And they even threw all 3 boys a surprise birthday party. Here are two of their girls I managed to capture with my camera.

Is there anything cuter than a girl in glasses and braids?? 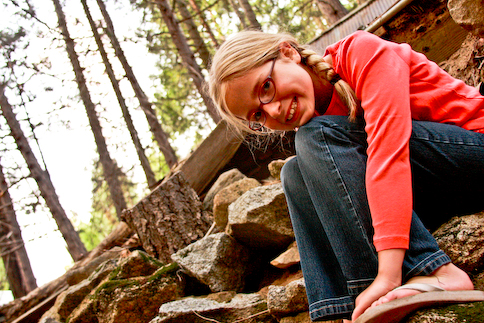 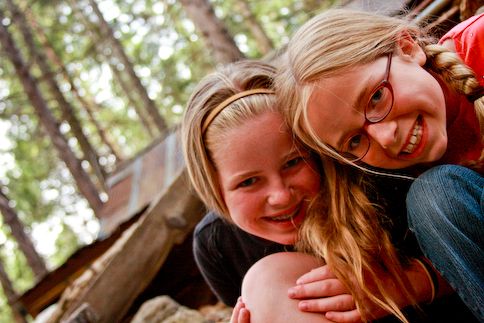 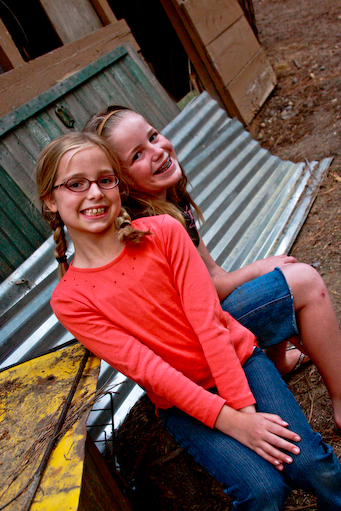 And my personal favorite part about Hume??

the gobs and gobs of time I got to spend reading my camera manual.
and fiddling with the camera settings.
and playing non-stop with little boys all day. 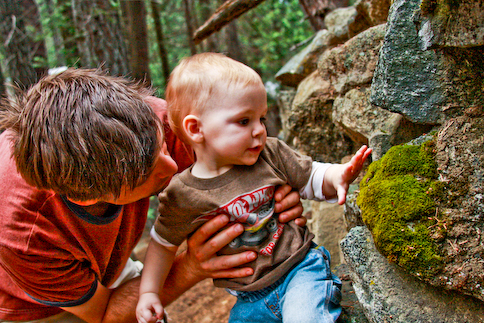 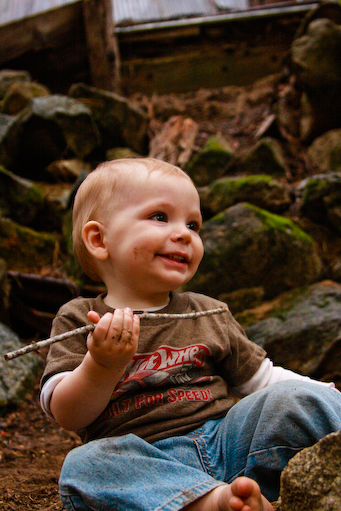 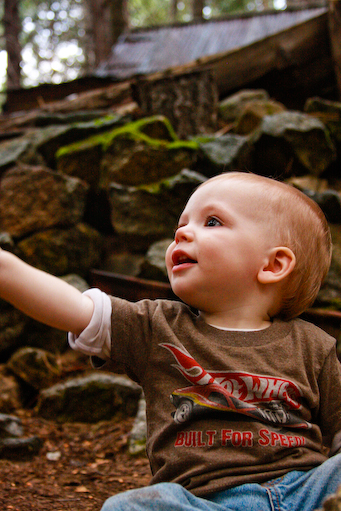 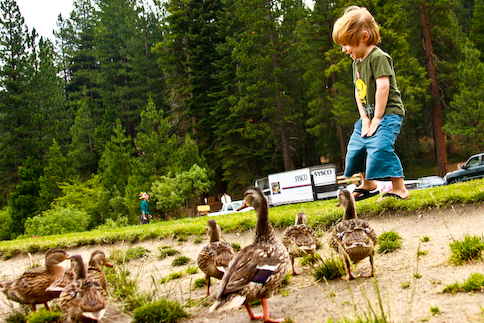 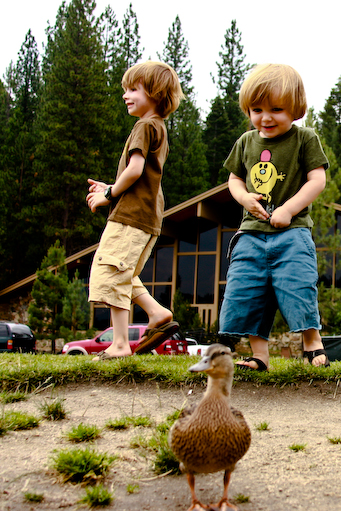 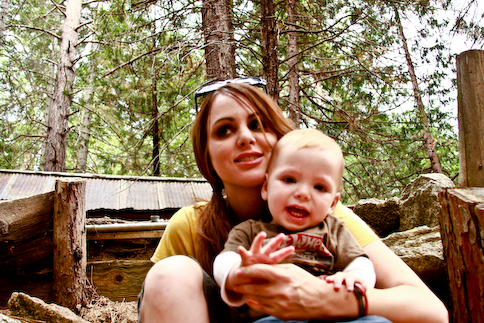 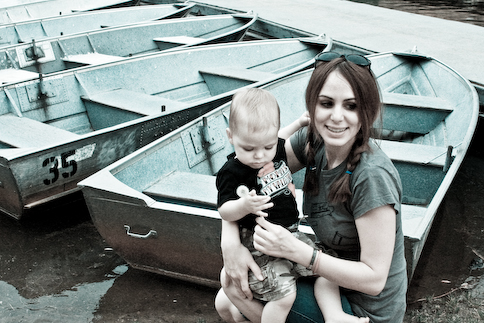 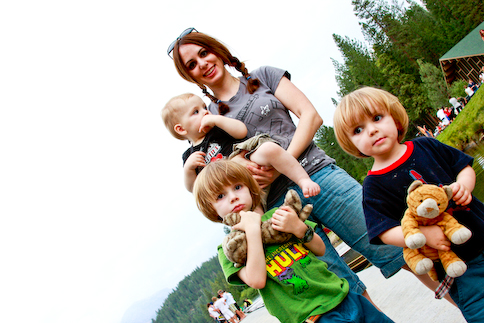 And I think I am having withdrawals from cookie-dough ice scream served with piping hot fries from the snack shop. MMMmm. Anyone up for a trip to Denny's? 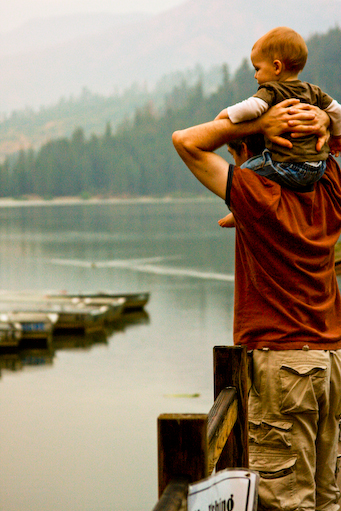 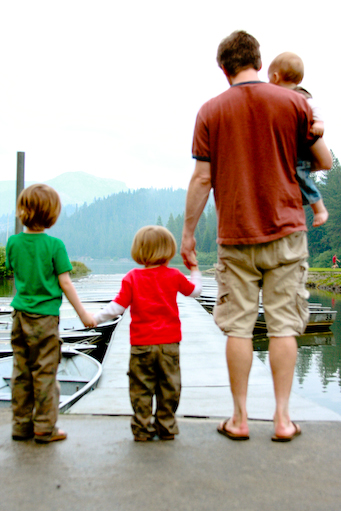 We miss you Hume!