This month's installment of around the house includes involves baking and crafting of sorts.

Are you in the mood for chocolate? 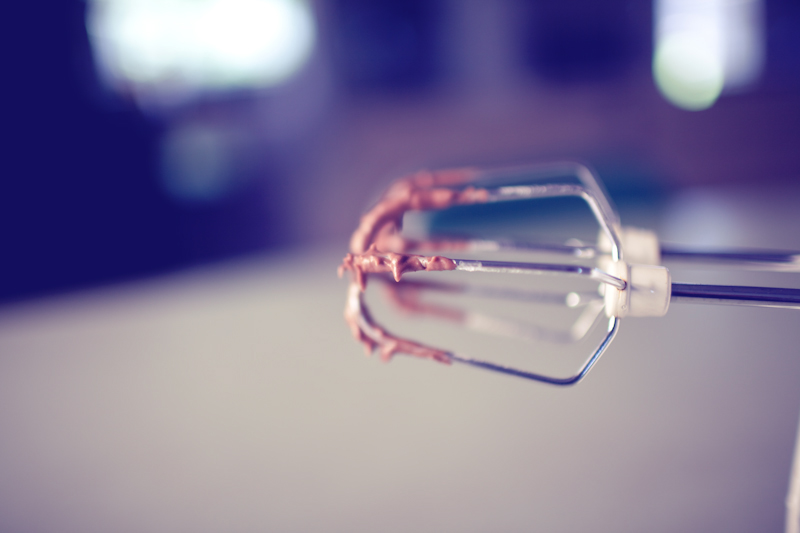 Always. That is the correct response.

My neighbor Patty posted this incredible recipe for icing on Facebook. It's just wrong, I tell you. 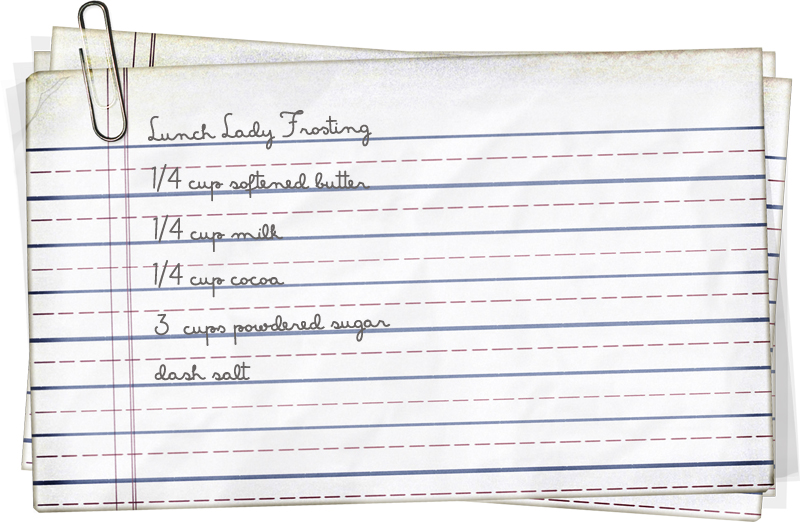 I immediately decided I had to make it right that second.

Of course I ran out of milk right at the end. So I sent Finn to Patty's house to retrieve some. I mean, it was her fault I was in this mess anyway. 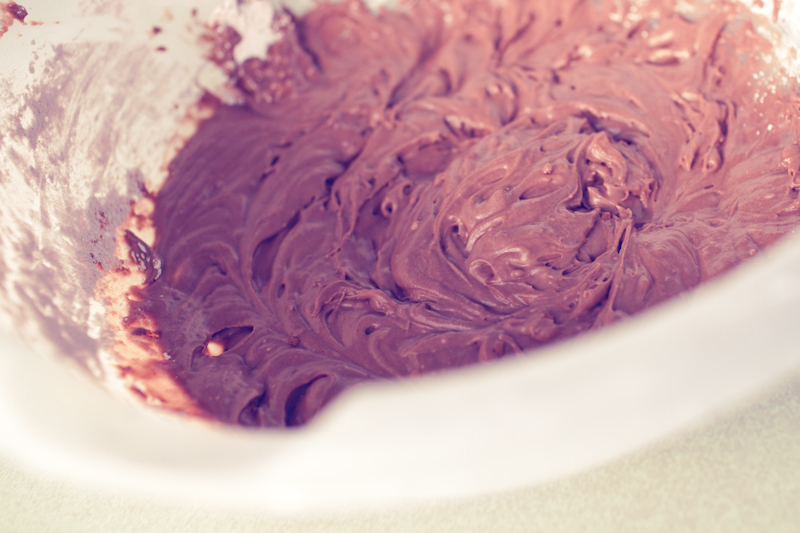 The best part of baking is licking the bowl, right?

This is how I eat chocolate frosting:with peanut butter. 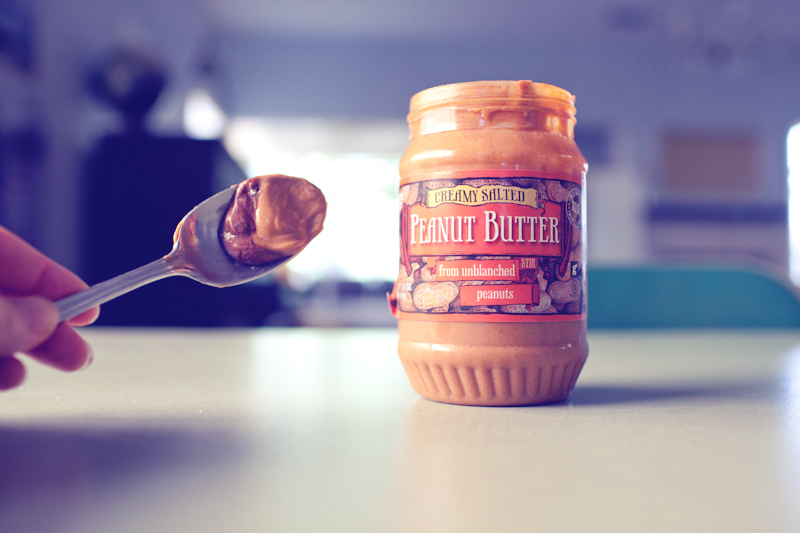 It's just SO YUMMY.

I used this lunch-lady style icing to frost some brownies. 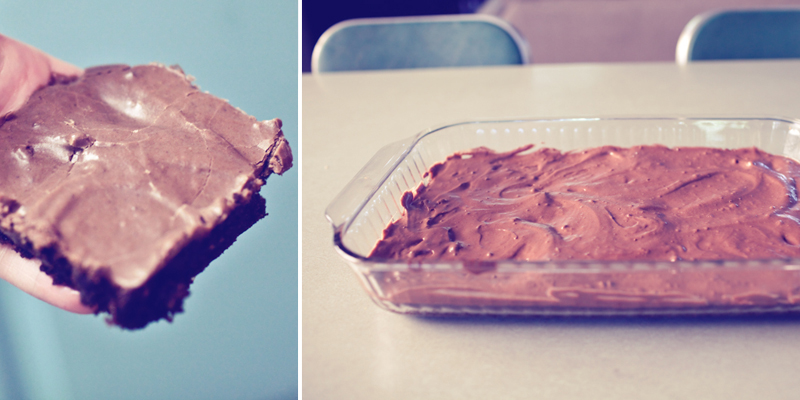 The important thing to note is the cool cracks in the frosting.

It's all about the cracks.

It's icy. Not creamy. Kind of like the consistency of the icing on a maple bar donut.

And I bet you could make maple icing too by substituting maple syrup for cocoa.

Not gonna lie, after eating my brownie, I practically went into a sugar coma a few minutes later and needed to talk a walk to revive me. And I had to do exactly 13 push ups as well.
>>>>>>><<<<<<<
Ollie has been very busy crafting lately.

The other night he told me "I'm doing very important business."

Some of this very important business involves making his very own iPods. 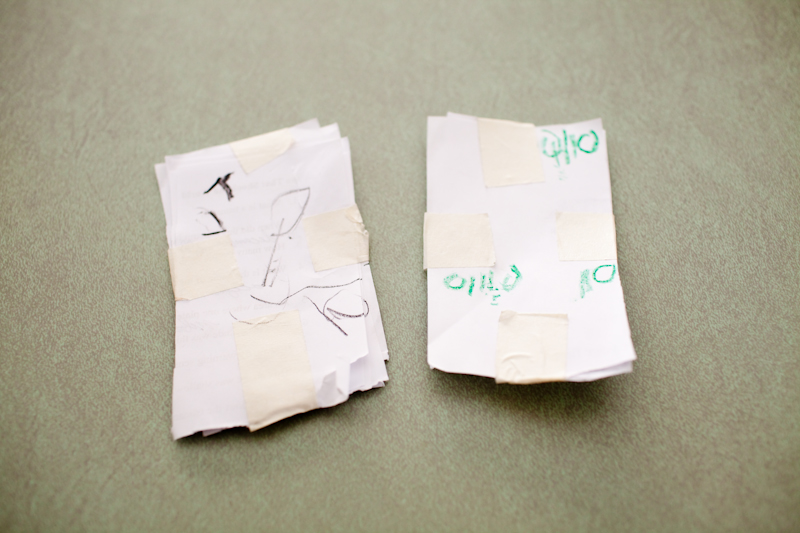 He made one for both him and Twain. 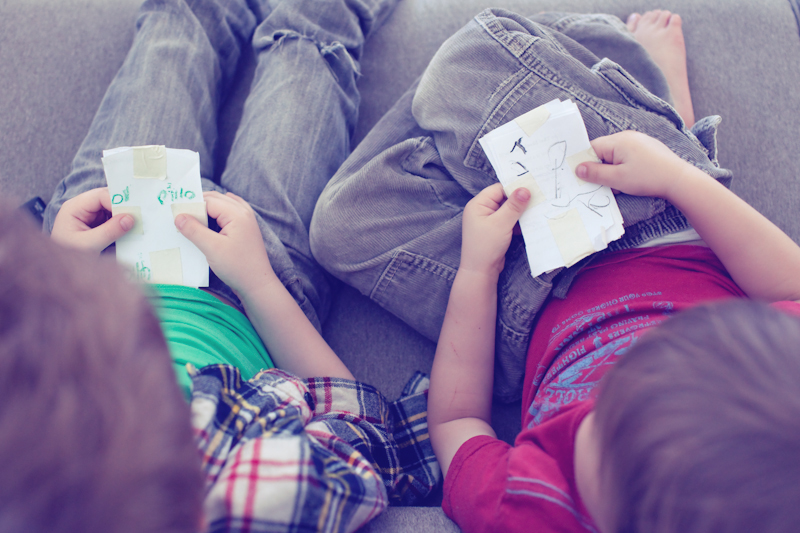 Twain calls his the "iPod touch". 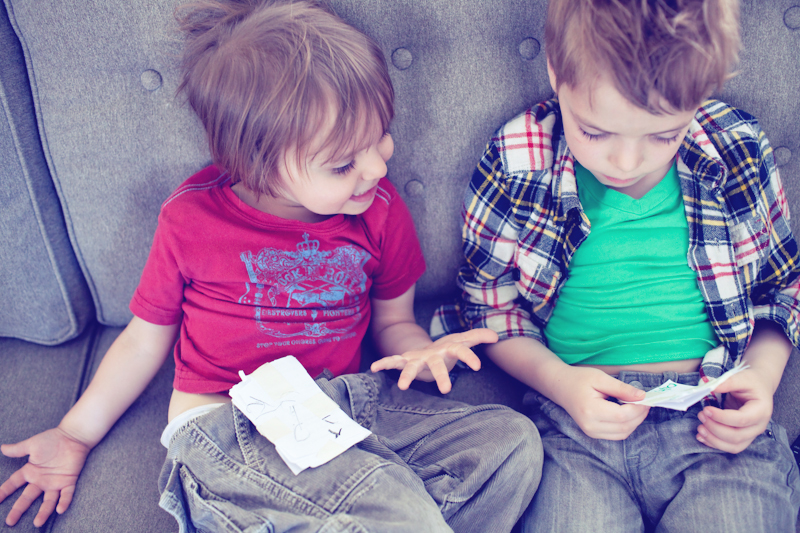 This kid is always talking with his hands. 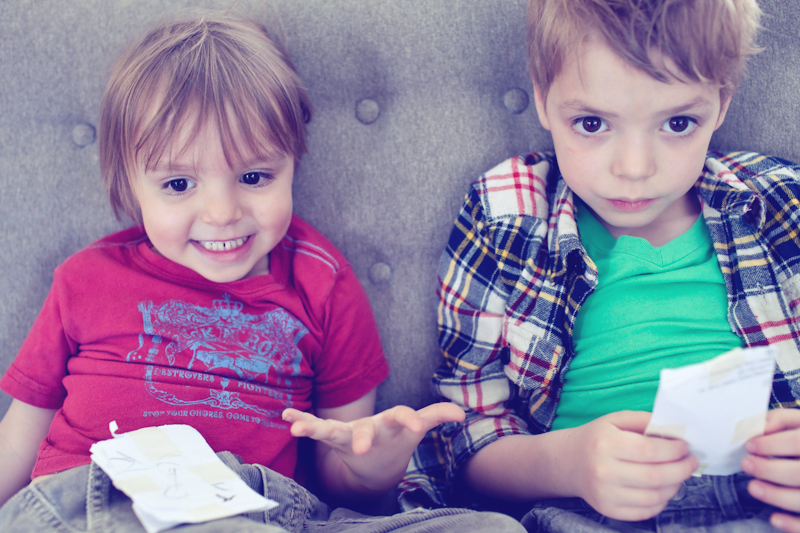 Ollie has also been busy making paper airplanes and boats. Tux is taking the crew for a ride. 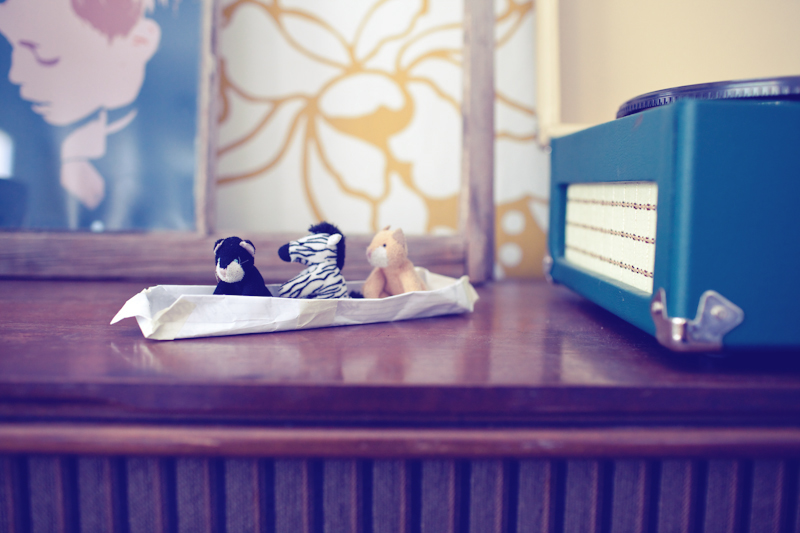 Watch where you sit. 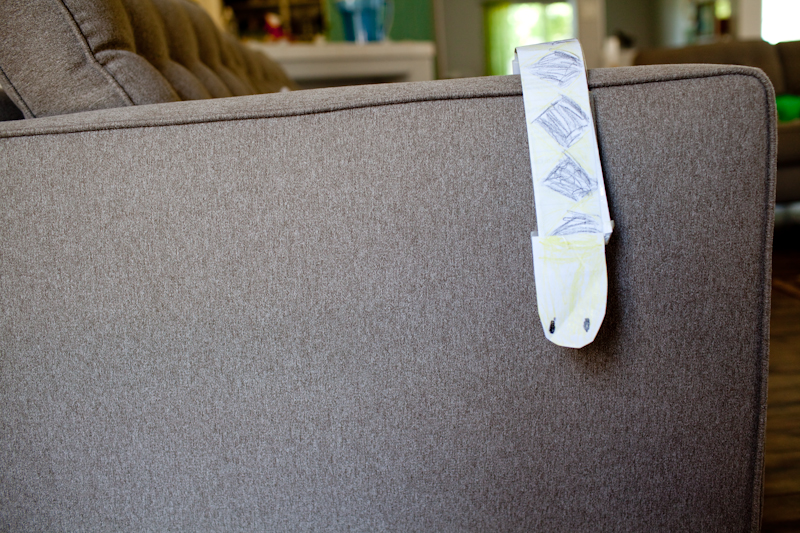 The culprit in this case has been Calvin Jack. He started making theses paper snakes and can not seem to stop. 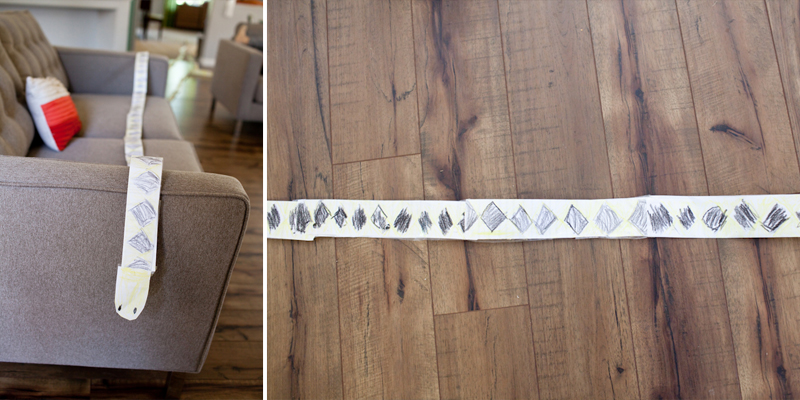 I'm literally tripping over them everywhere. They are super long. 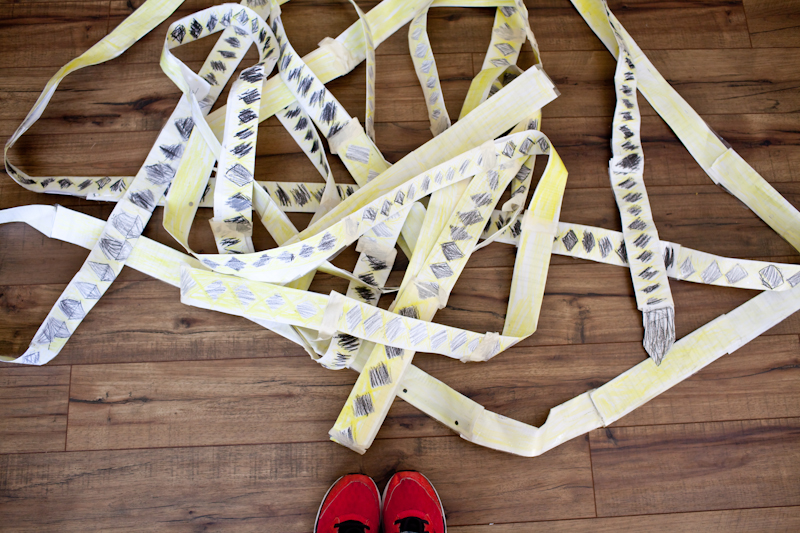 Even little Ollie got in on the action and made himself a little green one. This was considered "very important business" to Ollie. 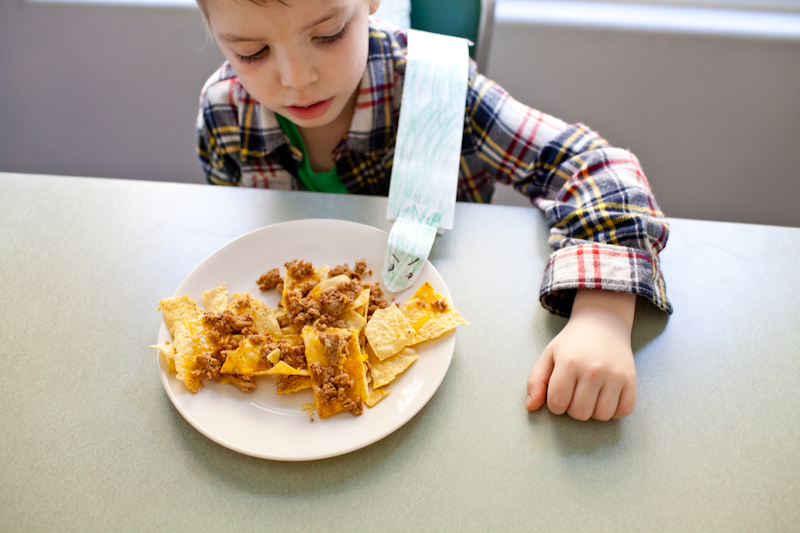 The neighbor kids are scheming with my boys to make a snake that will span the entire block.

Their mama and I are like "Great! You keep at it boys!".

Ought to keep them busy for quite a few hours. Which is a very good thing in our books.
email me! i love you more than broccoli. bandofbrothers