Mike, Gretchen and baby Elijah came over for a cotton candy date last night. Gretch brought her machine over, and boy was I excited to try it out. 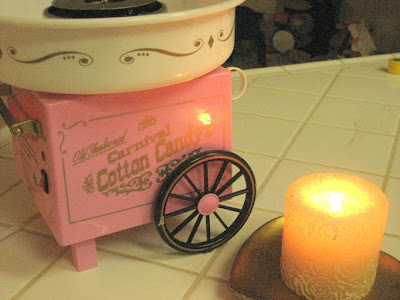 But first, we let the babies play. They love each other very much and always grab for each other. 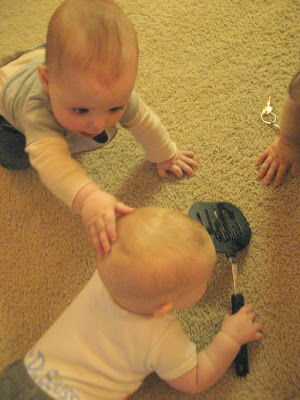 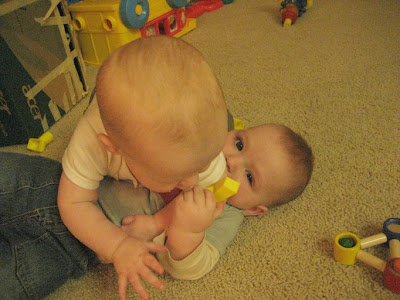 Or tackle each other! Looks like lijah won here.
Then, Gretch got the machine revved up, and we were ready to start making cotton candy. 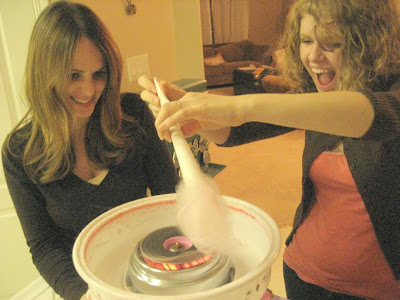 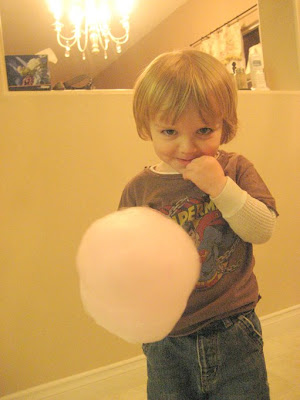 Calvin watched in captivation, so he was the lucky 1st recipient.
However, both my boys were scared to death to actually taste it, because they thought it was made of spider webs. Oh well, I was not going to FORCE them to eat it, though I did wonder how on earth we could be related:) Then John got in on the action, and everyone had a great time watching him. 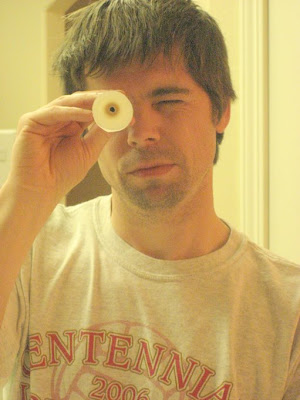 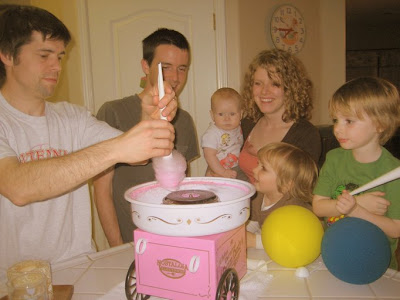 Sounds cliche, but truly it was fun for the whole family.
Mike is sooo amazing with babies and kids. Ollie loves him! And before bed, Calvin came back to give Mike hugs, 3 separate times. It was so cute. 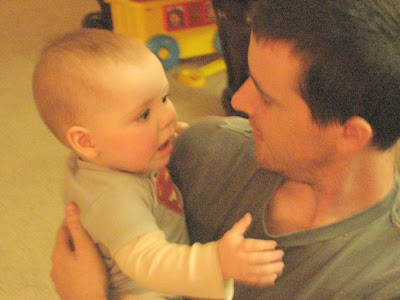 Ollie and I were the last recipients of the night to get our cotton candy. Yum! 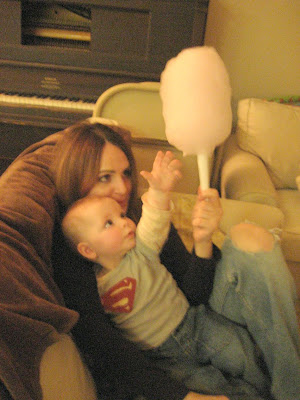 Gretchen told me she wanted me to have her cotton candy machine, since they are moving out of their apartment. I was so overwhelmed by her generosity, and just could not bear to take it from her. We finally decided that we will jointly share the machine and it will stay at my house for now. I think it will have a very happy home here.
Later on we learned that Gretchen was the mastermind behind Finn's "anonymous letter". Thanks Gretchen! We love you and that totally made our day! We thought Mike must have addressed the envelope because the handwriting looked boyish, but it was Gretchen's writing. I too have boyish handwriting. Mike, Gretch and I had a jolly time entertaining ourselves by comparing each other's penmanship. 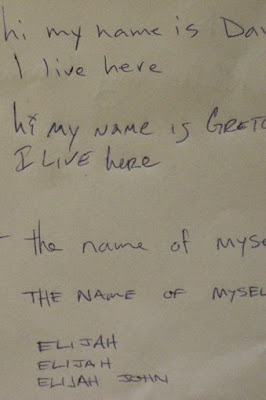 Mike and I have very similar handwriting, but Gretch and I found an even more surprising similarity. Gretch signs her name with a star...

just like I used to do with my signature in college!!! Til mom and John convinced me change it because it was not official enough:( My current signature is so lack-luster, we all agreed it needed an extreme make-over, ASAP. I think the star needs to make its comeback. We had a great night.
email me! i love you more than broccoli. bandofbrothers