As my sister Lindsay would say, "I am a lying liar who lies". I tried to blame my blogging woes on a poor innocent teething baby. The reason I did not post these Easter pictures earlier was because I was a little bummed that so many of my pictures were overexposed--we are pale, but not that pale. I borrowed a friend's camera...and let's just say that I had Much Fun and learned a little too. I'm posting them anyway and if I ever figure out all this lighting stuff, you can say you knew me when!

We started off Easter celebrating at church. We sat like high-schoolers in the over-flow bleachers with Gretch and Mike. When we went back to the nursery, all the high maintenance babies(ie. all babies but Sam) were fussing while Sam crashed on the boppy mid-floor. It is so fun having all these boy babies around. 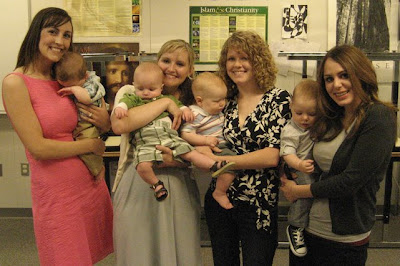 A mom in Target yesterday came up to me and inquired about my 3 boys. She then said "I have 3 girls...so I feel for you". I told her I loved it but she did not look convinced. She just does not know about all the fun boy babies Ollie gets to play with! Ok side-note: When I found out Ollie was a boy, I gasped NOOOOOOOOOOOOO at the ultrasound, and my face turned bright red for days. Everyone in the waiting room tried to console me and told me how expensive girls were. And how difficult/dramatic they were. To which I responded "I want to go broke and I don't care if they are hard". Two weeks later I was over my disappointment and when they handed me Ollie...Oh my...I was immediately smitten. Seriously love-struck, enamored, head over heels, over the moon, the whole 9 yards, as I was with Finn and Calvin. And when I heard the news of all the other baby boys being born, that was just icing on the cake. I love girls too though, having 10 adorable neices. And I'm 1 of 3 girls and glad to be a girl myself:)

After church we went to the in-laws and had a nice kosher ham lunch in the backyard. Most of my time was spent chasing little boys around outside with the camera. My mother-in-law has a total green thumb, so I tried to take advantage of all the foliage. I also took pics of the cousins but can't post them due to *objections*. 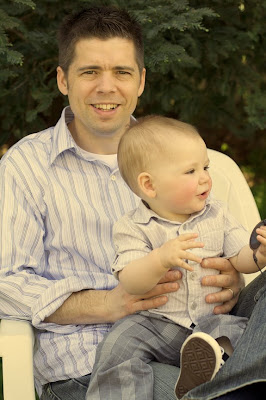 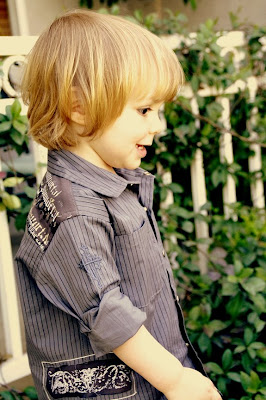 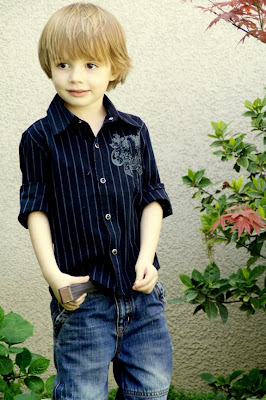 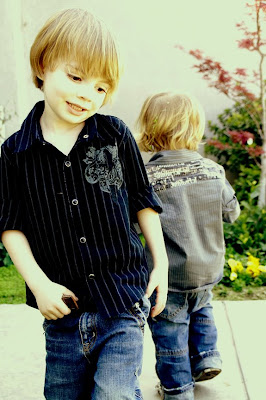 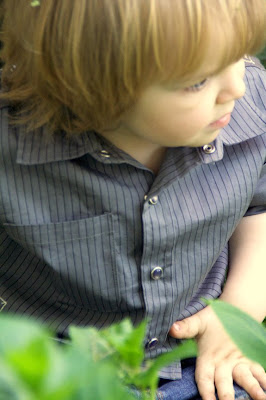 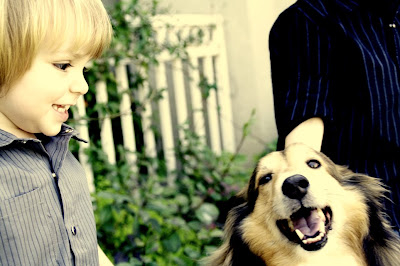 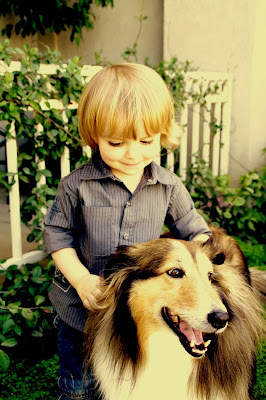 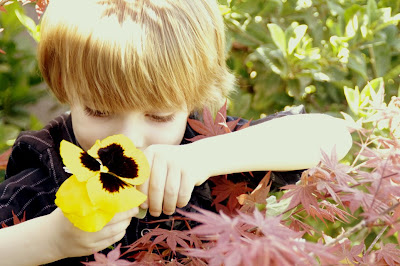 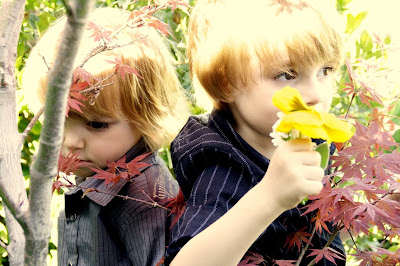 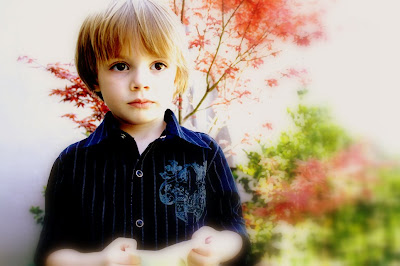 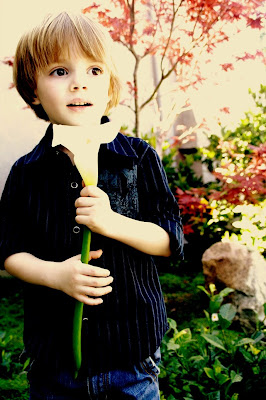 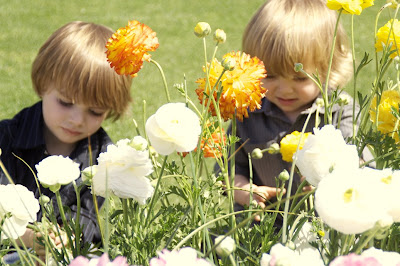 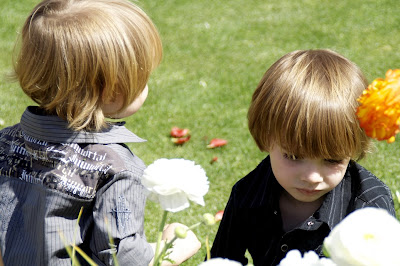 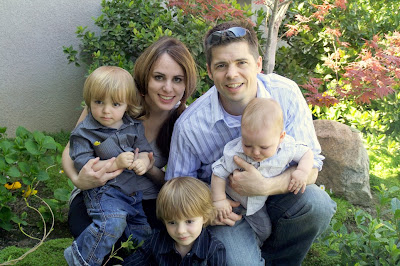 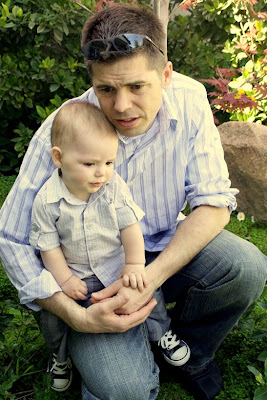 After the Easter egg hunt, everyone came over to our house to hear Finn play some grooves on his drums. Finn was in heaven. All-in-all, it was a lovely day.
email me! i love you more than broccoli. bandofbrothers