Yesterday, Ollie woke up at 6:00 for his usual morning feeding. I normally crawl right back to bed, but that morning I woke up feeling unrealistically energetic. So I decided to clean the kitchen sink. I had been RIT dyeing a onesie the night before and needed to clean up the aftermath. John walked in and was very puzzled to see me up so early and was quite thrilled when I volunteered to make his bagged lunch. Well, the gooey mustard/mayo combo looked so yummy on the turkey/ham sandwhich, that I just had to make a sandwhich for myself too. So at 6:30am I had a sandwhich for breakfast. I was off to a great start! Well, all that turkey must have made me drowsy, and I somehow fell into an enchanted sleep. When I finally woke up, I had just one simple agenda for our morning:

Go to Michaels for one measly pack of embroidery floss, since I ran out mid-project the night before.

When I got some clothes out for Calvin to wear, he asked "where are we going?" Apparently we only get dressed when we are going somewhere. When I told him we were going to Michaels, he got very excited and started talking about going to Mr. Mike's house and then I heard him mumbling "Miss Gretchen" too. Try explaining otherwise to a determined 2½ year old.

I'm not sure what the hold up was, but 3 hours later we were finally backing out of the driveway for our one simple task of the morning. So much for my early start that morning. When I finally got to Michaels, I was trying to select the same exact color of embroidering thread as my project demanded, and Ollie decided to wail and scream unconsolably. I finally found the right color, and we were out of there! Who knew that my one simple task could be so challenging. Back in the car, Calvin insisted that we still needed to go to Mr. Mike's house. I finally convinced him that we could draw Mr. Mike a picture when we got home.

When we got home though, it was time for Calvin's nap. Finn disappeared to do something important and when he re-surfaced, he handed me this envelope with Mike's name on it. 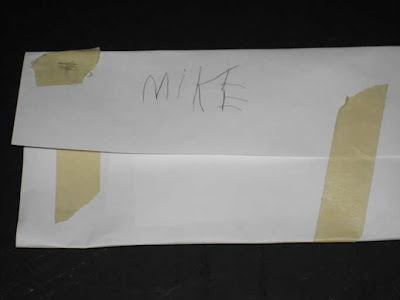 Inside the envelope was Finn's picture for Mr. Mike. When I asked him how he knew how to spell Mike's name, he said he knew about the quiet "e's". And just minutes ago I found this little envelope for "Miss Gretchen" too. 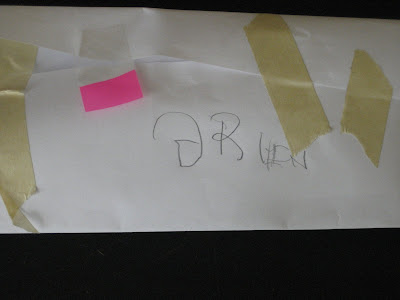 The rest of the day was a whirlwind of activity. We finally go home that night and put the boys to bed. John set up camp, with his laptop, at the boys' door, to act as border control for escape artist Calvin. He always tried to sneak out of bed at night. He often comes into our room, carrying all of his blankets and stuffed animals...always with his eyes down at first, then he looks at us with a little pleading look. 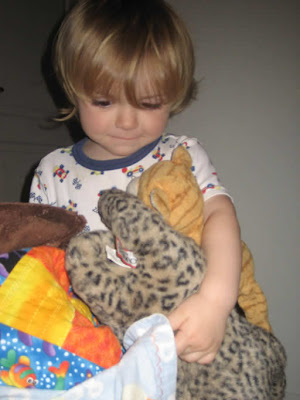 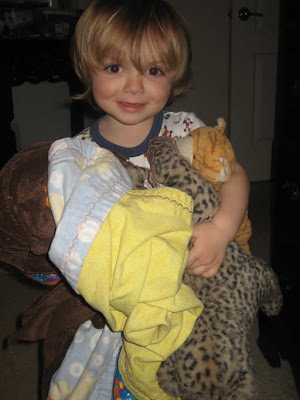 Last night, Calvin managed to sneak passed the border before John got to his post and so John had no idea that Calvin was roaming at large. John thought he was snug in bed. But no, not so. You see, last night, Calvin had 1 important task left to do: 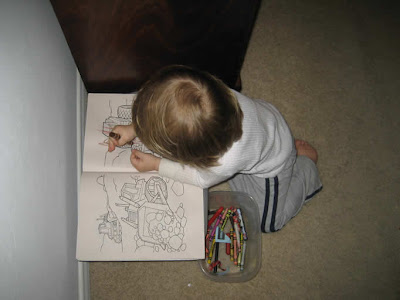 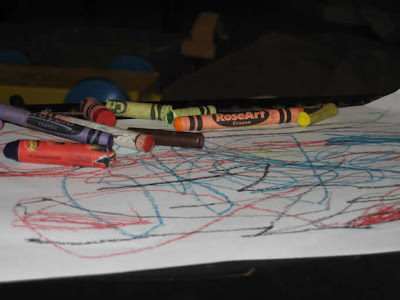 He had to draw Mr. Mike his picture.