That was one long, exhausting week. By friday night, I was completely glazed over. So when John walked in the door with Chinese food, he was my hero. He also came home bearing gifts for the boys--bubbles, sidewalk chalk and their very first kite. John is our fun around here. We spent a lot of time outside learning to fly the kite. It was the perfect way to end a taxing week. 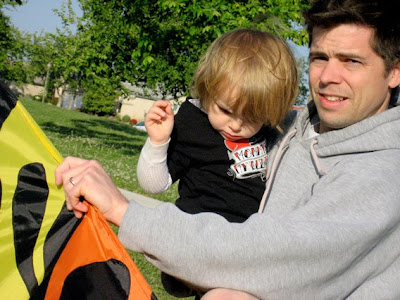 I had my first little heartbreak as a mom this week when a 5-year-old boy(who has older siblings) referred to Finn and Calvin as "babies". 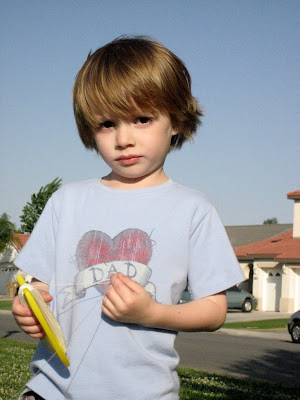 Who you calling a baby??

It was so sad, and it forced me to realize that Finn is NOT 2 anymore and so I've had to re-think a lot of our ways. Like Finn carrying his sippy cup everywhere. I think it's time for a thermos/water bottle. And time to drink from a real cup at the kitchen table. And no more straps on the back of his flip-flops. 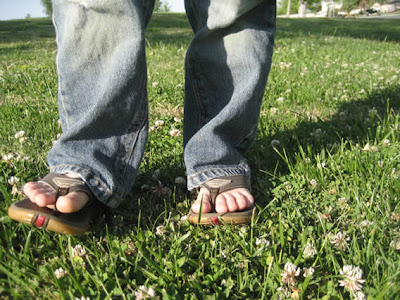 I'm sure there are many changes to come in the next few months. In the meanwhile, Finn is as happy and as carefree as can be...dancing up a storm tonight for some reason. I'm not sure what triggered it, but I am sooo using this footage as amo when he gets older.

Calvin seems to be entering his "terrible twos" finally. Such opinions lately. And fighting and tears. Poor thing is at odds with both Finn and Ollie at times. 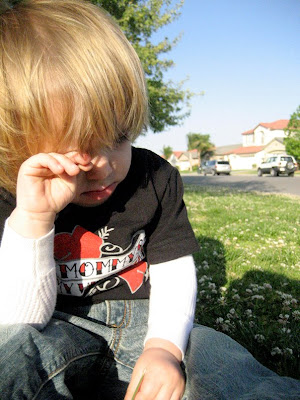 Since Finn is a couple years older than Ollie, they get along SWELL. Finn is not threatened at all by him. Baby-talking to him and hugging him all the time. It's actually very sweet, considering when we first brought Calvin home from the hospital he suggested "throwing him in the trash":( 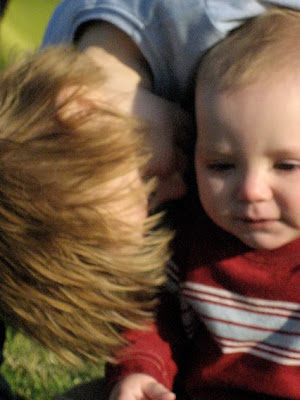 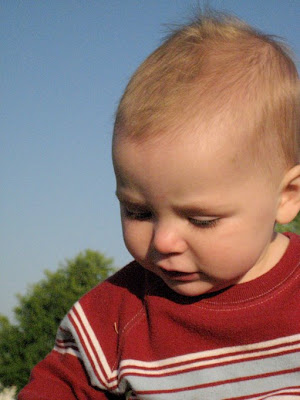 Ollie has been much more cheerful lately and is back to sleeping through the night(please no more teeth for now! ) He's around 10 months old and constantly cranes his neck to see what Finn and Calvin are doing--he perks right up when he's right in the thick of things.
Regardless of our ups and downs this week, we had a relaxing weekend playing outside. Hopefully it's enough to tide us over for this coming week! 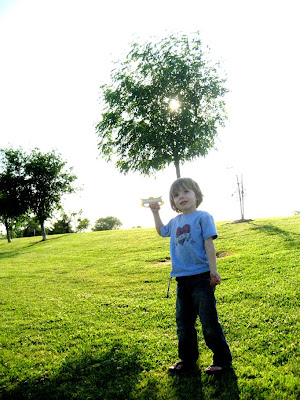 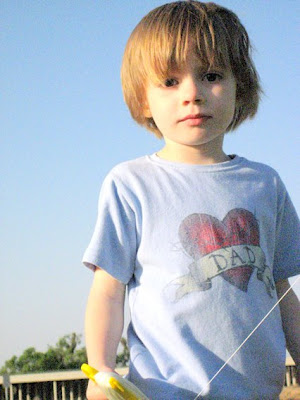 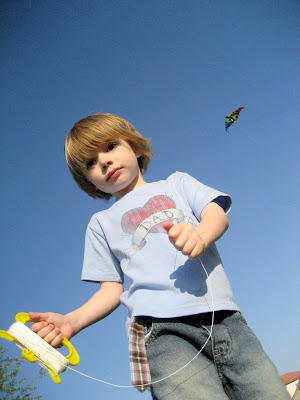 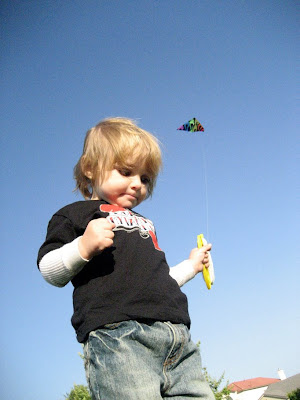 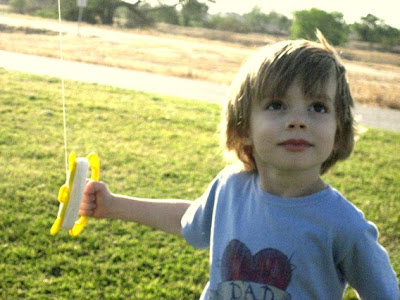 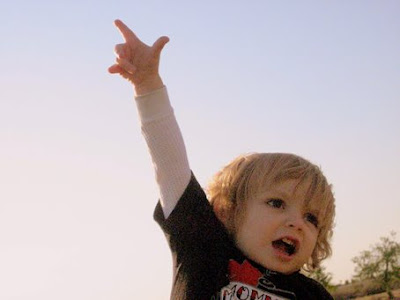 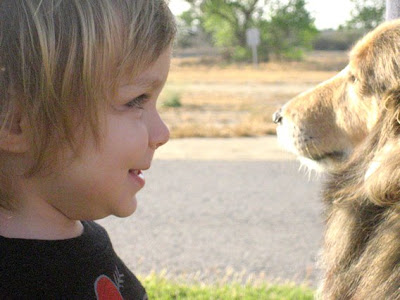 Calvin and Lady(Grandma Betty's dog)
email me! i love you more than broccoli. bandofbrothers