A few years back I sat in a local steak house with our good friends Alisa and Dave. We had all recently migrated here and had a history that dated back to the summer we worked at Hume. When I first met Alisa, I was totally intimated by her cool, quiet, mysterious beauty. For some reason, I was determined to be her friend. At first she kind of looked at me with a puzzled expression, but she finally got used to me and it wasn't long before we were best of friends. We were soo opposite--she liked it freezing cold and I liked it lukewarm. She woke up early, I slept in. Her side of the dorm was neat and clean, my side was a mess. However, she eventually trained me to make my bed every morning.

After the amazing summer of Hume, we went home to our seperate ways. I married John, she married Dave...she got pregnant on her honeymoon and had a darling boy named Caleb. We eventually moved here togther and hung out all the time.

So there we were, sitting at the steak house. I felt a flutter of excitement, because I recently found out I was pregnant with Finn. Other than my immediate family, NO ONE knew. I wasn't planning on telling anyone for a while. I presumed everyone was as secretive as I was. So as we were leaving, you can imagine my surprise when Alisa tells Dave in an antsy voice that she needed to stop at the store for a pregnancy test.

Dave: "Like right now?"
Alisa: "Yes, right now. I cannot wait a minute longer."
Me: "hjdfxhjakfhdjksafhjld?????"
Dave: "Fine, but don't pee on the stick in the store."

The next day she came over and told me she was pregnant. I was thrilled and couldn't keep my secret any longer...I spilled the beans and we rejoiced together. There is NOTHING like being pregnant with someone you love.

A few weeks later she thought she was miscarrying, but to her surprise, she found out she was going to have twins...a boy and a girl.

For months we happily tossed around names together and her hubby kept saying he wanted to name his girl "Davi". I was like "yah, right" since I was the only Davi I knew.

Finn came 3 weeks early and we were shocked and excited that we had a boy. I instantly named him Finnley Neil, without hesitation. We were going to call him Finn.

One week later, Alisa's twins were born. There was a lot of hesitation in naming them, and in the end it was Ethan Gray and Paige Davi. Somehow, my name snuck in there! Dave wanted to name her Davi, but they thought it would be confusing since we were such close friends.

Finn hung out with Paige and Ethan all the time. I loved going over there and I loved Paige. After all, she had my name as her middle name. Therefore, she could do no wrong in my eyes. 10 months ago they moved to a different town to help out with her family.

And yesterday, I got a surprise call from Alisa. They were in town, and wanted to visit.

Sure! I hadn't seen the kids in ages.

When Paige waltzed through the door, my heart melted. She hugged me and flashed me her dazzling blue eyes. We had a wonderful visit. Paige is a charming little thing. Her mommy says she's wild and bounces on her ball all day long and doesn't care much for numbers and letters. People always tell her she's beautiful and she bats her eyelashes and says "yes, I am". Which drives her mommy CRAZY! And when her brothers all got the flu, she danced and twirled around them saying "you're all sick, but not mee-eee. I'm not gonna get sick". And she didn't.

Paige happily let me follow her around taking pictures. I love this girl, my name sake! 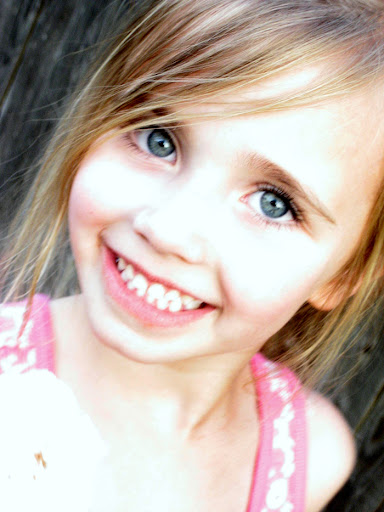 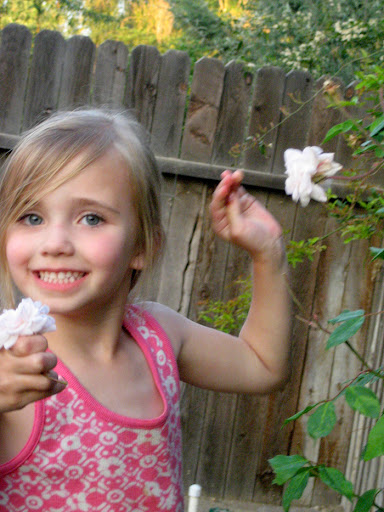 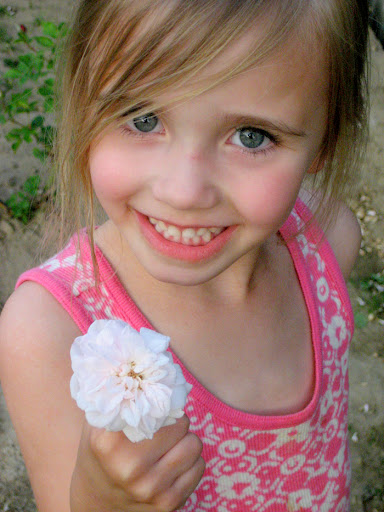 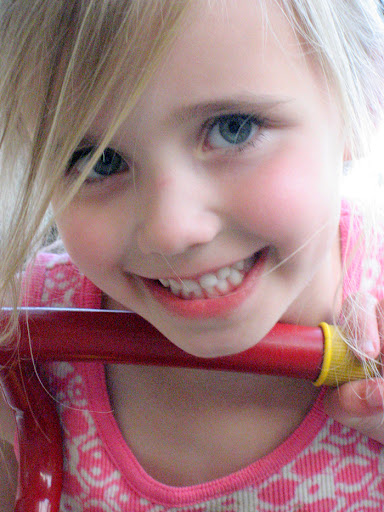 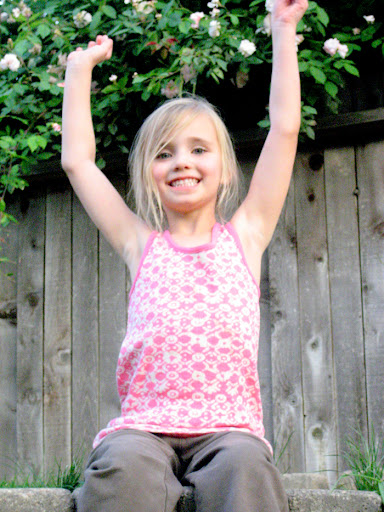