This was my very first year taking my own Christmas photos. One Sunday, I went scouting for a site to shoot. I drove downtown looking for something...anything...orange. Most of the places I drove by had people milling about, so I totally chickened out. This was harder than I thought!
Then I caught something out of the corner of my eye. 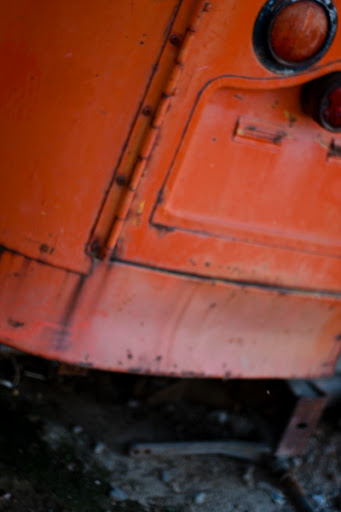 I backed up and discovered that it was locked up in an old truck repair yard. They were closed, but would open on Monday. I called the next day and they said "Sure, no prob, we don't mind if you take some photos here."
So on Tuesday, I gathered up the boys and John met us there after work. John was running a bit late and the shop closed at 4-ish, so I did not have a lot of time to dilly-dally.
Finn and Calvin were a lot of fun and I rather enjoyed taking photos of them while they were playing their little instruments. 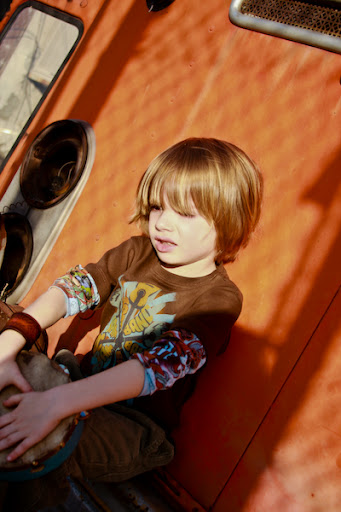 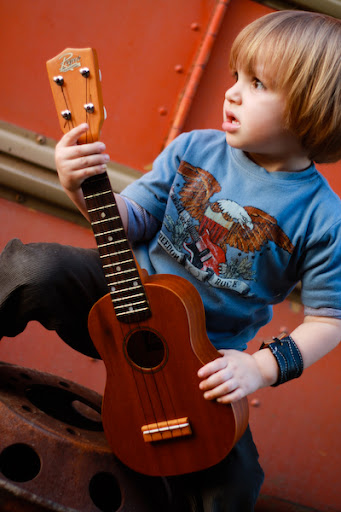 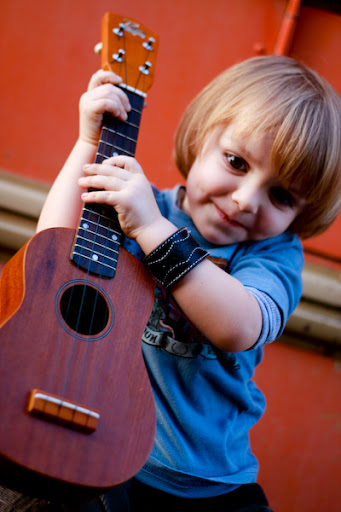 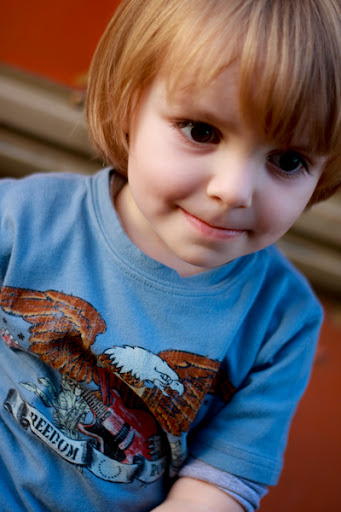 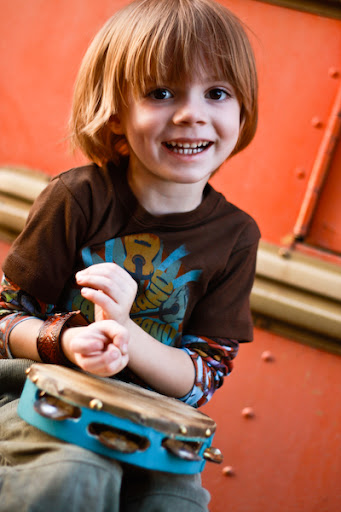 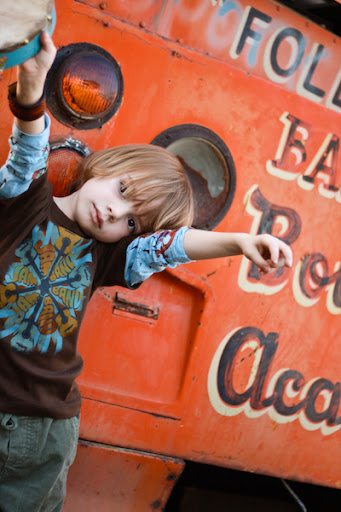 Oliver, on the other hand, was so very difficult. He was completely over-stimulated by all the junk lying around. He was running around like a wild machugana. Here--there--everywhere--that child was a blur most of the time. 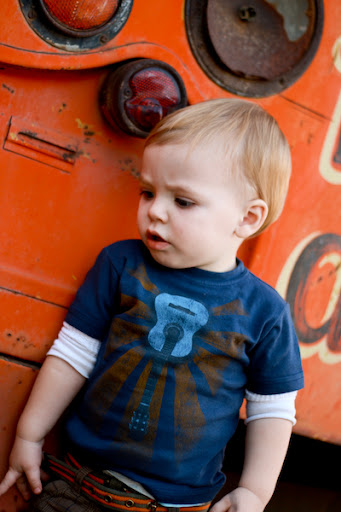 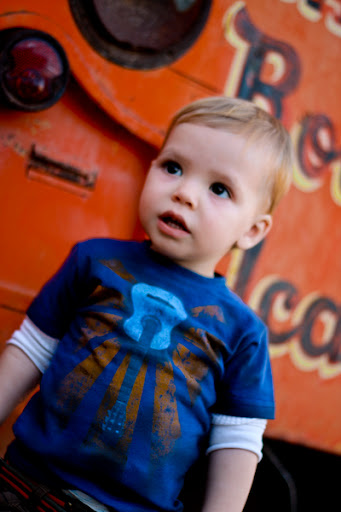 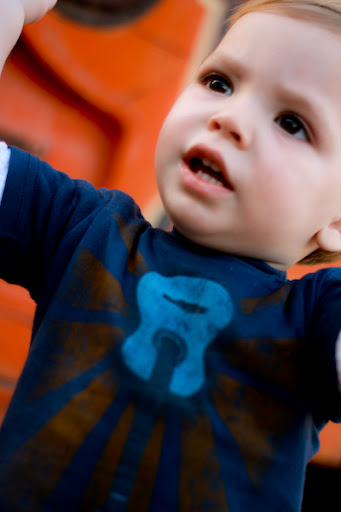 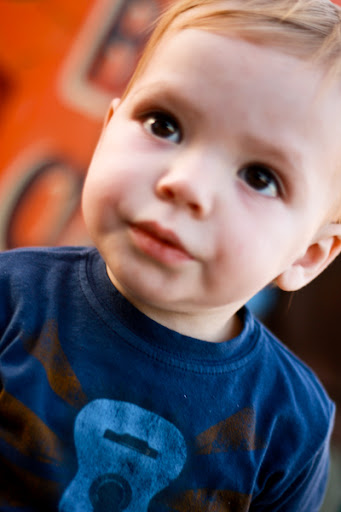 He did manage to find some incredible barrels though, much to his credit. Thanks Ollie! 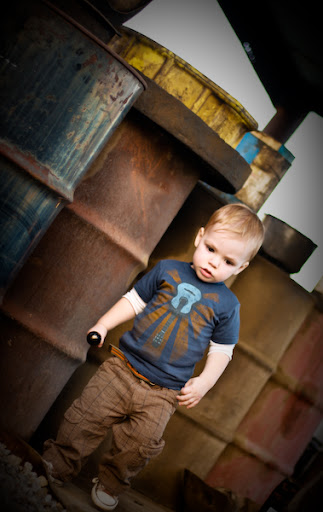 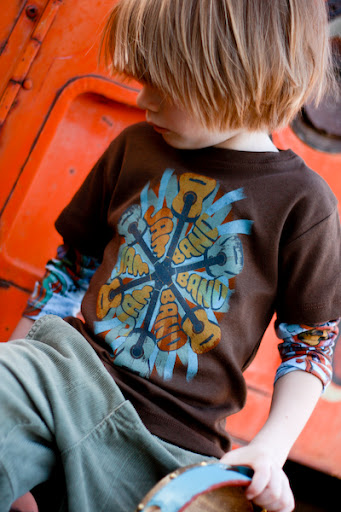 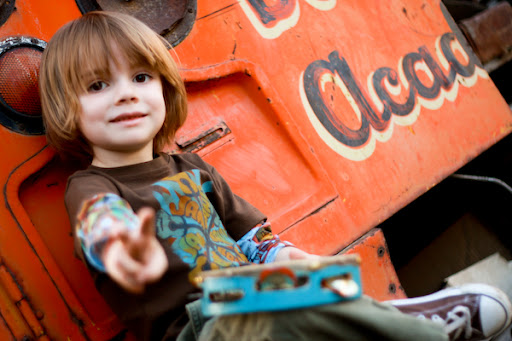 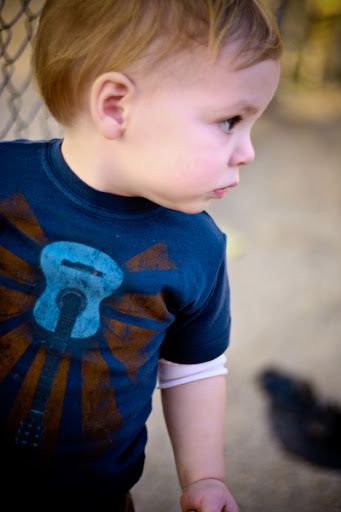 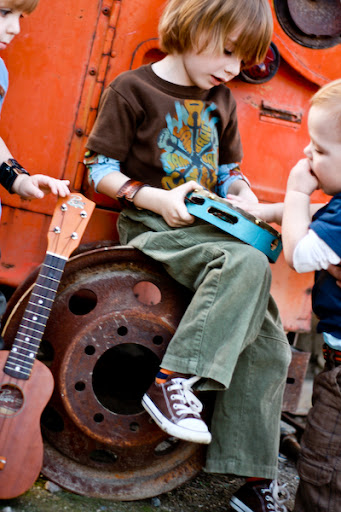 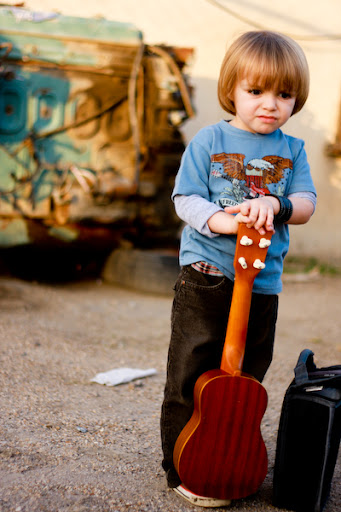 After selecting some of the pictures, I started to construct my Christmas card. For me, the most fun part was adding some little wooden beads on the end of some hemp cord...which is a pity, because the beads were apparently pulverized by a herd of stampeding elephants that were sorting the mail at the post office that day!
So, here is what my card was supposed to look like, with beads intact: 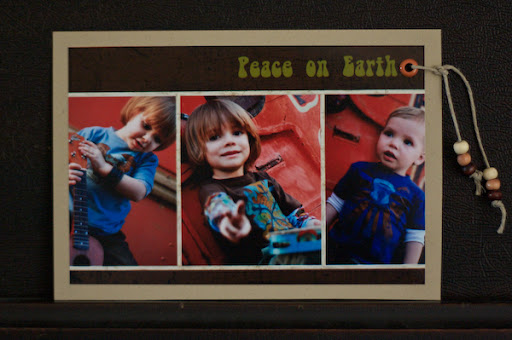 It's really too bad that most of the beads were crushed, because my card really looks very ho-hum and bland without them(and no Ellie, I did not add corn to my envelopes--those were crushed beads, though corn would have been a nice touch if we were pilgrims).
I don't think I can ever look a tiny wooden bead in the eye ever again without some level of disdain and disappointment. Though in all actuality, they were just innocent victims of a hyper-aggressive post office system.
It's too bad we don't live in the good ole' days of the pony express. Though it would probably take months to deliver all those Christmas cards.
Regardless of my little Christmas card mishap, I am thoroughly enjoying all of your Christmas cards this year and I rush to the mail box each day to retrieve them. Keep 'em coming!
email me! i love you more than broccoli. bandofbrothers