It was 1/2 hour till daddy got home, and 1/2 hour till Curious George was on. All day Finn had been asking me to sew his raggedy white blanky back together. He seemed so interested in sewing, that I decided to let him try his hand at embroidering. I figured some fireworks were right up his ally. He drew fireworks on some fabric and stitched along the lines, pretty much all by himself--though there were times he made me hold the fabric off the ground because he was afraid he'd stab the carpet... and the earth and he did not want to break the earth with his needle. Instead, he stabbed me once, but was very apologetic. 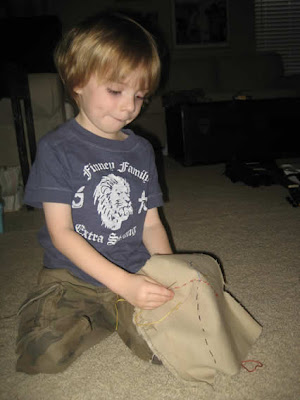 you know Finn is concentrating when his dimple appears 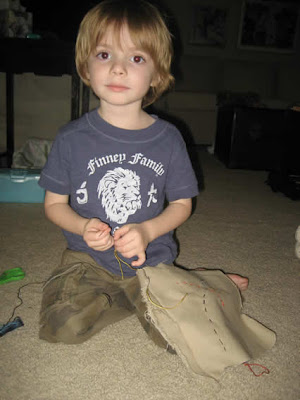 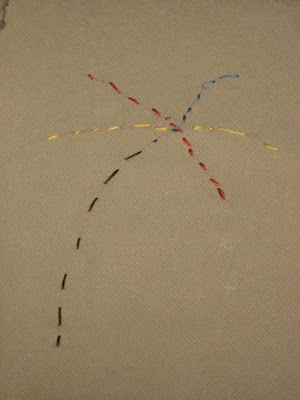 ta-da!
Later on, he tried to stitch up his white blanky himself, 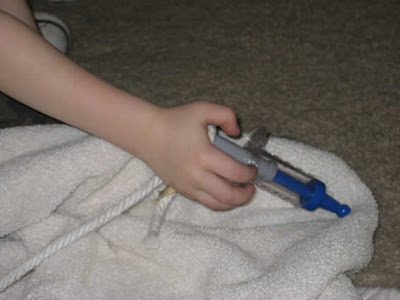 with his own needle and thread 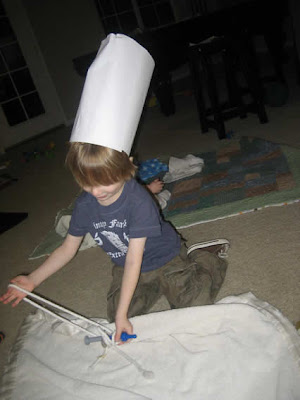 don't mind the hat, he was also chef pig today(from Word World)
And then there is Calvin. He got stuck in a bar stool today, and yesterday(keep in mind, he is 2). 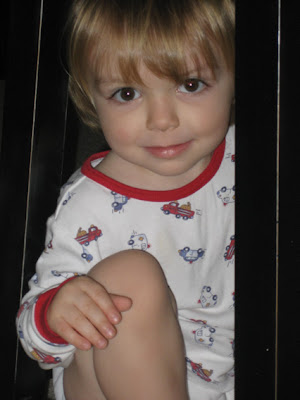 all smiles at first 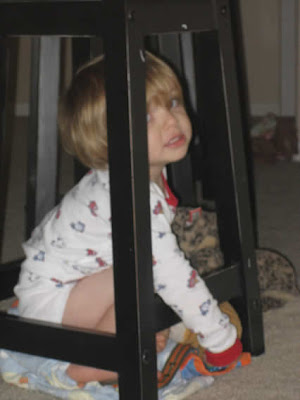 Soon after this picture, he dissolved into tears till I rescued him.
That pretty much sums up my boys:)
email me! i love you more than broccoli. bandofbrothers