For months now, I have been the boys' personal tape dispenser. Left to themselves, the tape quickly ended in a twisted mess. Just recently, Finn figured out the trick, and boy was he tape-happy. He told me he wanted to be a tape-cutter for his new job. With his new skill, he started making his very own wrapping paper from scratch. 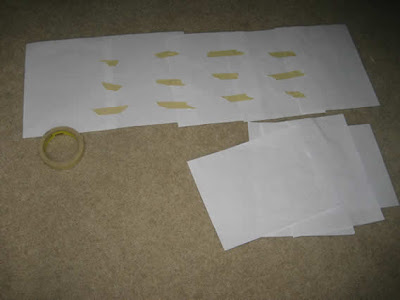 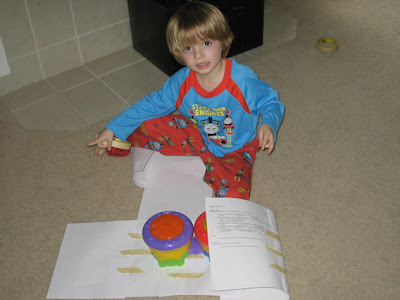 The boys started wrapping every toy in sight. Nothing escaped the wrath of these two tape monsters. Finn even learned the corner technique: 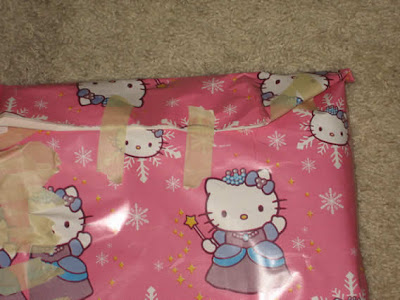 The boys host many parties for us at night, where the day's presents are unwrapped and "oohed and ahhed" over--a kitty? For me? Ooohh just what I've always wanted! 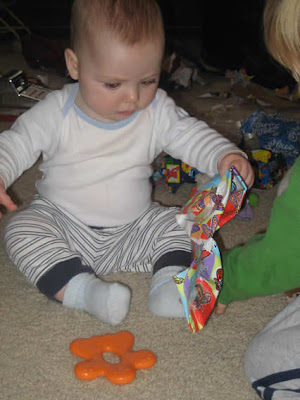 Even Ollie got in on the action. 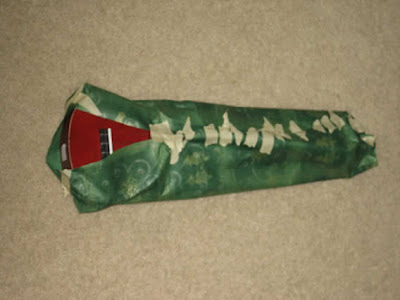 Hm..wonder what this could be. 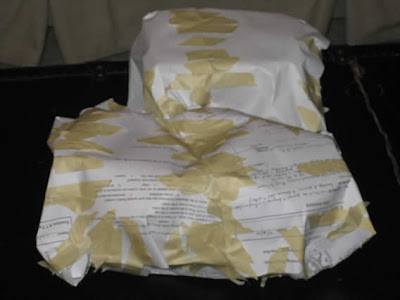 Hey Finn! Would you like some paper with your tape??
After a few days of this "stitch-style" taping, we were FAST running out of tape and paper. I took Finn out on a hot date to the dollar store and let him select some cheapo wrapping paper. The next day, Santa Finn and elf Calvin were hard at work. 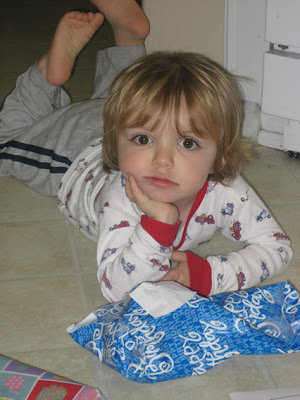 Well, maybe elf Calvin was less than ambitious,
but Finn was no shirker and more than made up for it: 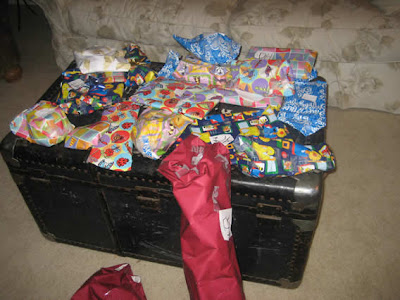 Mass production , presents galore
Before we knew it, the boys were requesting tupperware and gathering blocks. What were they up to? It took a few seconds to remember the beloved dice game we play every Christmas with the Erickson clan. Each team has a pair of dice in a pie tin and whenever you roll doubles, you steal a gift(unless you are Calvin, and then you are giving your presents back to everyone). 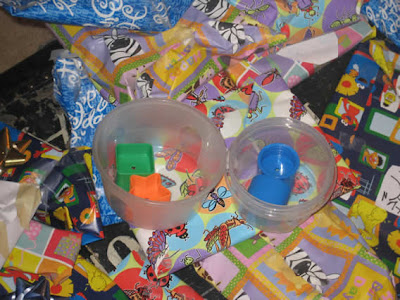 With all the ruckus this masking tape caused, I can hardly wait to see what the boys cook up when they discover duct tape.
email me! i love you more than broccoli. bandofbrothers