In our undergraduate days, John and I were both Mac users. Then somewhere along the way, John bought a PC, because they were more affordable. But I remained loyal for many years to my Macs, mainly because that's what my boss bought for me. And plus, they were prettier. I eventually caved and started using John's PC. However, just 2 weeks ago, John ordered this shiny white pearl of a macbook. He donated his old gray del laptop to me, which he spilled OJ on and now the "u" doesn't work. I'm happy enough with it, but I don't think Finn is too impressed by it. He's much more smitten by John's new shiny white macbook.
Introducing... 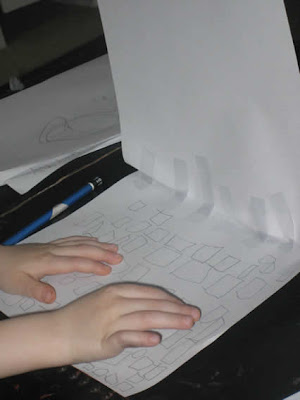 the Paper Thin Mini Mac®
A Finn exclusive.
It's skinny enough to fit in even the smallest child's backpack. Isn't it cute? 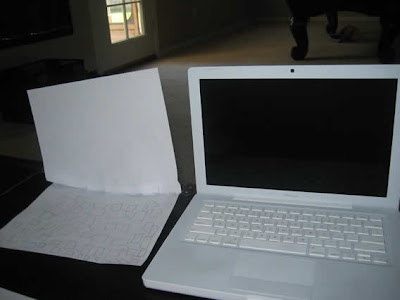 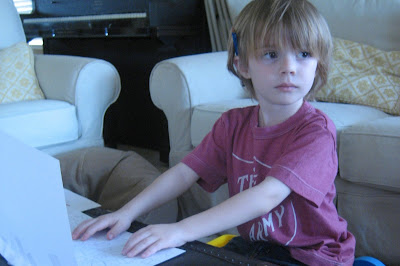 This picture sooo reminds me of John.... 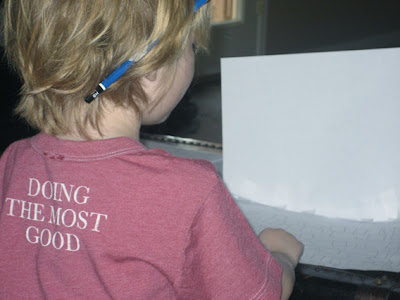 and my dad, with the pencil behind his ear. 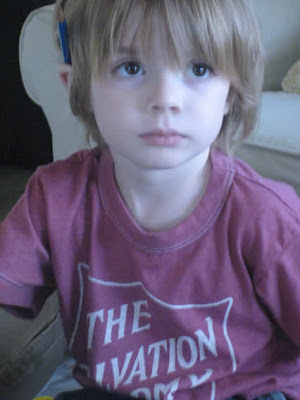 I tried to get Finn to smile, but he was much too serious and had far too much work to do to play silly games with me and my camera. 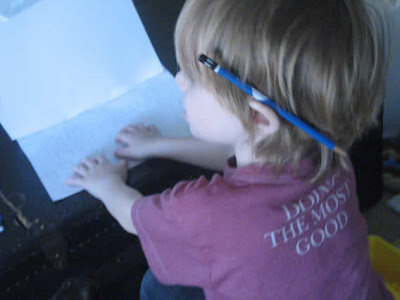 clicketey clack clack clack.
email me! i love you more than broccoli. bandofbrothers